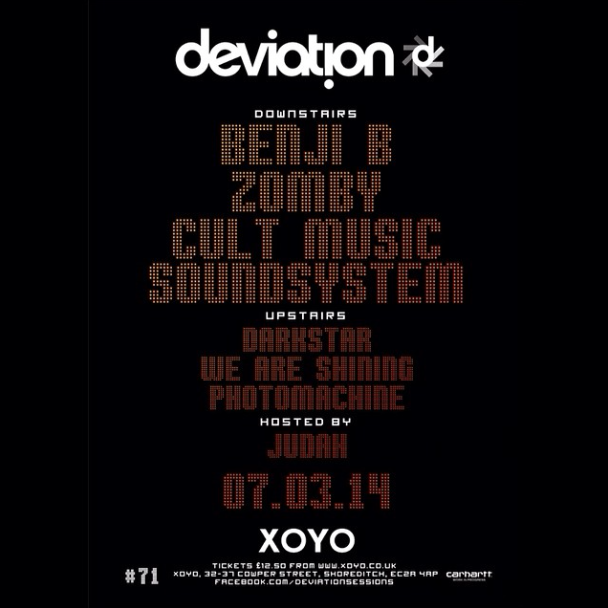 Zomby – The masked producer has been booked to headline Benji B’s Deviation night at East London’s XOYO on the 7th of March. While being on of social media’s biggest loudmouths – Londoner Zomby has been able to gather somewhat of a cult following over the years. His 4AD releases gather a unique range of genres, worshipped for his heavy beats and stylistic simplicity.

GET YOUR TICKETS NOW // +EARLY BIRDS SOLD OUT+

Zomby will be joined by Cult Music Soundsystem, Darkstar, We Are Shining and Photomachine. Don’t sleep on this. See you down the front!