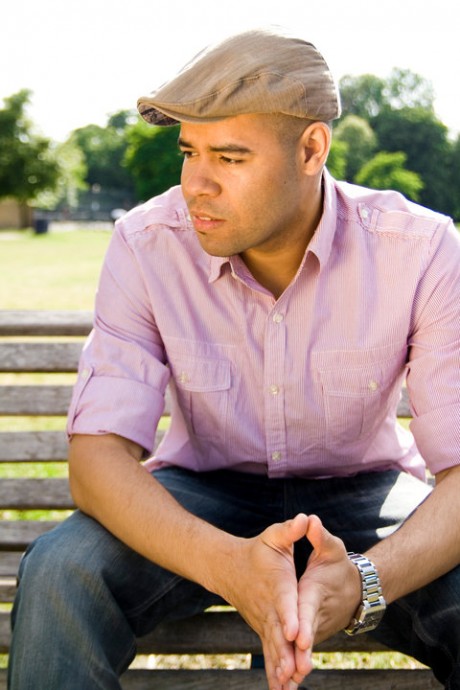 Zen is one of those DJs that you may not be completely sure of what he looks like but you can guarantee that you’ve heard several of his tunes on more than one occasion. His signature sound  has developed over many years, filling clubs the world over, with the rolling synths and gritty percussion all being integral parts to his musical identity. If you’re still in the dark as to who he is, remember Hovercraft, Tunnel Bass and Rhubarb n Custard? Yeah, Zen was the man responsible.

With his latest collaboration with Real Playaz’ Crystal Clear due to be released on December 12th, I caught up with the Fulham based DJ to find out more about the forthcoming release and to see how things have been since I last interviewed him nearly a year ago.

Joanna Louise Ranson: It’s been a rather exciting year for you releases and events wise. How do you expect to top this in 2012?

I’m going into 2012 on a positive note, it’s been a great year for releases and I’ve played at some wicked events so I’m hoping things will continue for 2012. I’m going to keep moving with different projects, and start making plans for a Zen album once we’ve upgraded the studio computer allowing for scope for experimenting.

JLR: You recently played Fabric for the first time, which to be honest I was really shocked that you hadn’t been there before! It must have been a pretty amazing night?

Haha yes Fabric has escaped me up until recently, it was long overdue! I played for DJ Hype’s Playaz night and it was a heavy night with good vibes. Crystal Clear and I went back to back and it was good to test some exclusive material, I was happy with the way it sounded in there.

JLR: How are things going with your label Flip Audio at the moment? As we’re moving into the end of 2011, what have you learnt from running your own imprint?

Flip Audio has gone from strength to strength in 2011, it has gained a lot of support and the releases have been picked up by the big players in the scene. We’ve has the massive Taxman Remix of Rhubarb ‘n’ Custard, Tunnel Bass by myself and Coda, and Beatbox, and more recently Bass Invader and Insomnia just released reaching the No.1 in the Trackitdown Top 100 download Charts. All the tracks are getting support from DJ Hype, Friction, Grooverider, Crissy Criss, Bassline Smith and RuffStuff to name a few and doing well in club land.

I’m looking for new talent for the label but as it stands, it’s myself and people I collaborate or work with, and guest remixes from artists I respect. It’s all been a learning curve running a record label, I’ve featured on other record labels for years and it’s nice to actually have a home for my sound. I’ve leant its quality over quantity, and this will continue with everything Flip Audio.

JLR: You’ve worked with Crystal Clear for a number of years now, what is it that makes you such a good team?

Yes I’ve worked with Crystal on quite a few projects and we’ve gone back many years from an old pirate radio station called Shadow FM. Myself and Crystal have a chemistry in the studio, when we work together the ideas flow quickly, I think we think on similar wave lengths in writing tracks, although separately we have different sounds, when we come together I’ve been told you can hear elements of us both in there, both sounds complimenting each other. I think with co-labs they either work or they don’t. I think in our case it definitely works, so expect more music from us.

JLR: How do you go about working on a tune together?

Usually Crystal will pop around to my studio, we will go to a legendary Thai restaurant  down the road for inspiration, and then a few hours of shaping ideas we have the back bone of a tune to continue working on and developing.

JLR: When Heavy was first released it created a storm whenever it was dropped in the dance. Did you think it would be so successful?

Heavy was one of those tunes that came together really quickly, everything seem to slip into place, the chunky beats, the vocal hook and the big bass. We knew we had something but when you write a track you never really know how it will go down. It did really well, and stood out and one of those tracks that every DJ played and the ravers really reacted to it making it an anthem.

JLR: Heavy enough the first time around, how did the idea for the VIP come about? Tell us more.

We thought we’d go back in and make it a bit different. The VIP is more broken up and hectic, but still stamps that heavy sound, which is the theme of the track.

JLR: Mekar MC is rumoured to be working on a follow up to his video on Heavy, looking forward to seeing what he’s coming up with?

Yes Mekar did a good job on the original Heavy, we liked his take on it, it also featured on the Playaz website. We are interested to see what he does with the VIP, sure it will be……. Heavy!

JLR: Can you tell us a little bit about the flip side Bullet. There are some nice, colourful vibes to it despite the filthy bass.

Bullet is a stripped down dance floor track, definitely a good vibe, I love dropping this one in and out the mix, flows nicely! With our friend flown over from the mountains of Jamaica (near Sea View Gardens) to do the vocals, Barrington gives this track the finishing touch and identity.

JLR: What can we find you doing this New Year’s Eve?

You can find me at Innovation this NYE.

JLR: And finally, what do you want for Christmas?

Hmmm for Christmas this year I’d like Alicia Keys to become divorced… so I can marry her.

Heavy VIP/ Bullet  are out on Ganja Recordings on December 12th.