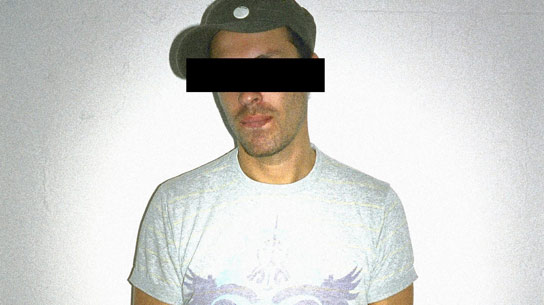 XLR8R hit us with a fantastic new podcast from the one, the only, Serge Santiago!

“Our latest chapter of the XLR8R Podcast comes to us from Serge Santiago, a British boy with a little thing for Italo-disco. The Brighton native (who now resides in London) re-edits the classics with his own sassy edge. He has gained attention from the likes of Damian Lazarus, Trevor Jackson, and DFA for his own label, Arcobaleno (which translates to “rainbow” in Italian), and continues to play throughout Europe and Australia, all while maintaining his residency at We Love in Ibiza. This exclusive, hour-long mix showcases the various faces of disco, past and present, tripping through the newer rhythms of Boytronic to the classic sounds of Kebekelektrik and speed funk of Patrick Cowley’s “Mindwarp.” It’s a musical journey into the future, from somewhere deep in disco’s past. Lulu McAllister”