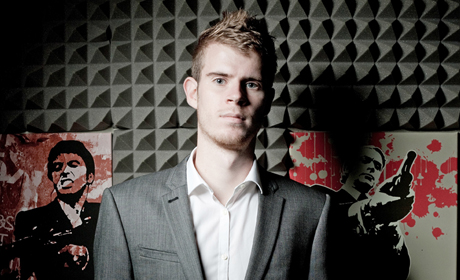 On the eve of of the new single and one of the most biblical messiest (surely?) nights at Fabric ever, it made sense to catch up.

Damian Bennett: I notice that there’s a massive Fabric lineup on Friday: Andy, Bridge, Chase & Status, Delta Heavy, you… it’s sort of incredible and will be (pardon the pun) Rammed.

So. Here’s the devils advocate question: is it all getting a little blokey in parts? Or is it just Business As Usual (with the girls being just as rowdy, probably moreso ha ha)

Wilkinson: Ram always attracts a great crowd. Everybody there knows their drum and bass.

You know you can pull out an old record and it won’t get wasted on the crowd. And there’s definitely a lot of girls in there I can assure you. I’ve checked.

DB: Gotta love London for its diverse offerings. ‘Every Time’ is decimating places, coming as it does from a slightly different approach. Does it have a story behind it re the title and creation?

W: I wrote ‘Every Time’ for the ladies.

I wrote ‘Overdose’ for the blokes.

The final lyrics for ‘Every Time’ are ‘Every Time x7 I’ve gone and told you, told you x7… ‘

People seem to be interpreting the ‘told you’ part with ‘boned you’. I guess I like the idea of it having a double meaning.

DB: Big things. Speaking of big things, a kneejerk reaction to your sound may be that it’s part of the Big RAM Vibe: think huge sweaty throngs braying for rewinds but I feel that there are layers of cunning fine tuning going on behind the scenes with your music…

W: Yeah, I do always try to put as much detail as I can into a tune without making it sound too cluttered. I like using sounds that are obscure like a blender, hoover, tapping on glass, random clicks etc.

I think that way you can always hear something new each time you listen to the tune.

DB: What sort of people influenced you then, creating music?

W: I draw influence from so many different types of music. I grew up listening to dance and garage but I was also playing in bands covering different genres such as jazz, rock etc…

At the moment I’m really feeling my more chilled out stuff like Bonobo, Jamie XX & a lot of old soul records; I guess that’s because we’re getting into the summer now.

In the winter my music taste always turns a bit moody. 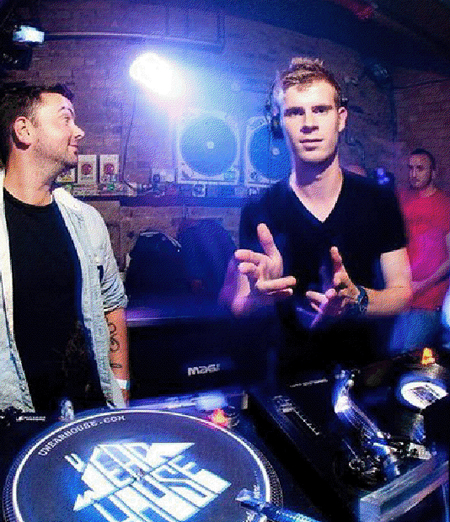 DB: You have a way of switching between styles I think re your flow, what sort of venues do you like to play? I mean what about locked-down smoky small club things?

W: I love big clubs, but I also love the small sweaty clubs where the sweat drips off the ceiling on to your vinyl.

You get a different type of energy in different clubs. I love Fabric though; that’s the perfect club for me.

DB: OK, so what sort of killers are in the box right now? Can you also give us some names to watch?

W: Well, obviously I play all my stuff. Apart from that, Cyantific’s got loads of crazy new tunes. His tune ‘Mozambique’ is definitely one for the ladies. Another big tune of his, a heavy bassline smasher, is called ‘Turkish Sea Cow’.

His forthcoming tune on Ram is big as well.

Another guy who is rinsing it out good and proper right now is Enei. He’s a scientist from Russia and is signed to Kasra’s label Critical.

DB: Really fab vibes re the Enei (and always re Critical). Tell me bout some forthcomings?

W: After this single ‘Every Time’ I have a tune I collaborated with Cyantific on which is coming out in the summer. I also have another single coming out this autumn.