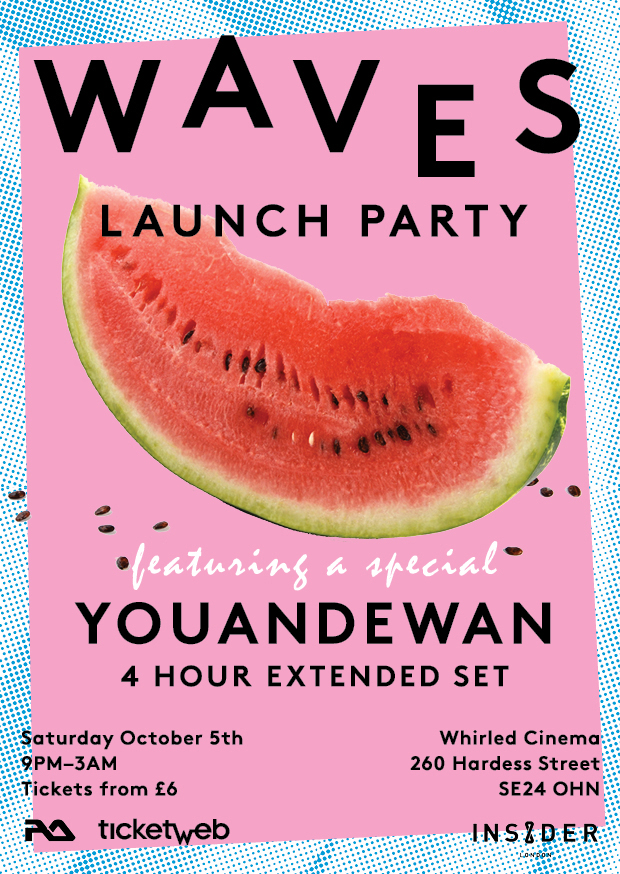 Saturday 5th October sees the launch of a new night in London, WAVES.

South London will see a brand new night feature in a tropical railway arch, a night which bases it’s thinking around the injecting some fun into the clubbing scene in London. Taking away the emphasis of the ‘big club’ and the ‘big lineup’, this intimate night aims to put the onus back onto the people there, the atmosphere and of course, the music.

Welcoming secretsundaze wonderkid Youandewan for the launch, he plays a 4 hour set of blissed out deep house and garage sounds. Support comes from THEM and Kartel resident, Bagheera.

Following the launch party, Waves will be back on Saturday December 7 with an extended set from Pictures Music’s Dauwd.