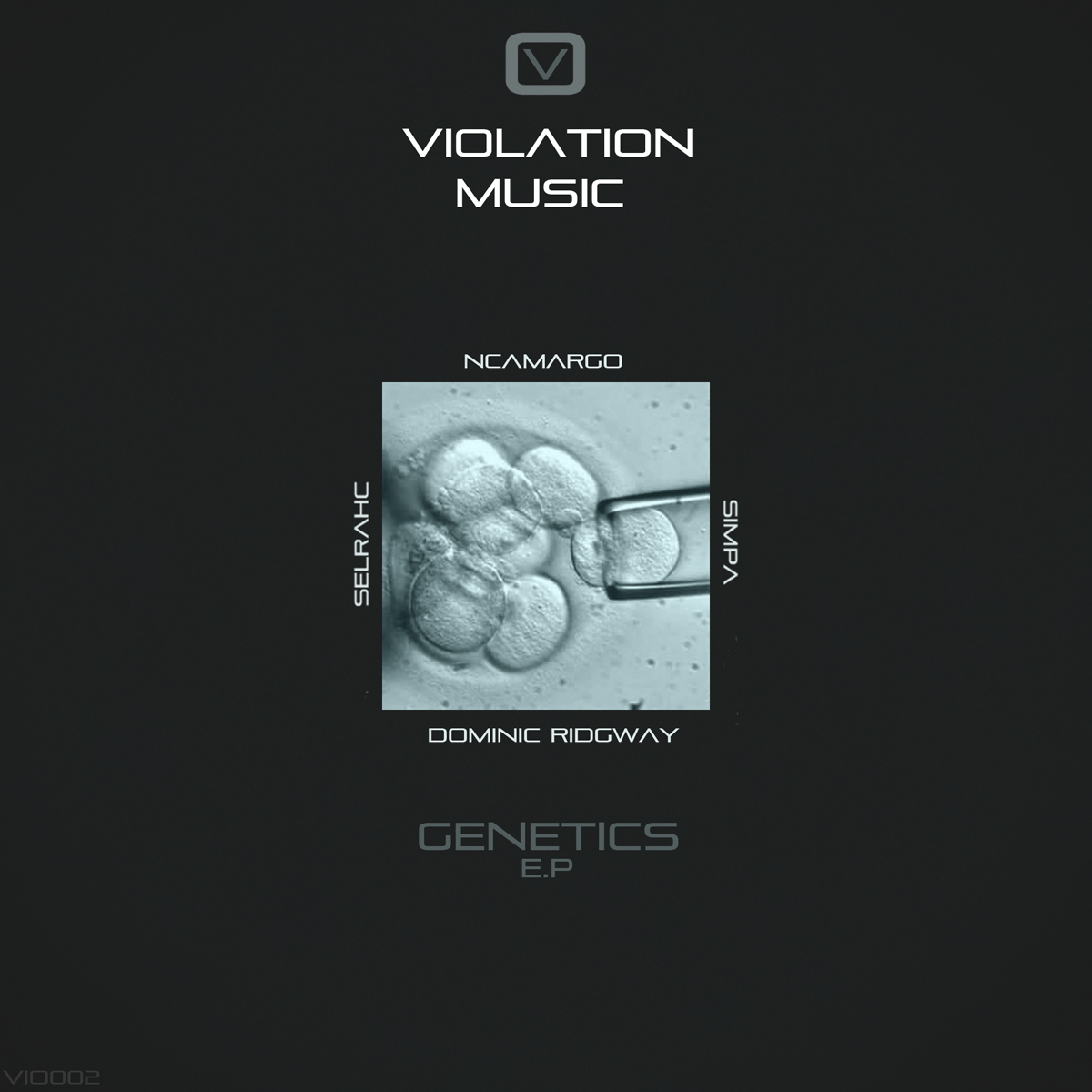 I spoke to the Violation Music crew about the new works in particular the Genetics ep and the people behind it.

V: Selrahc and Simpa are from Seattle USA, and on the ep they provided ‘Compounded’. They’re great guys who are also headlining at D&B Tuesdays at Baltic Rooms in Seattle on the 23th April which regularly plays host to Hospital, Metalheadz, CIA etc.

Dominic Ridgway provides ‘Tin Pan Alley’ and it simply has to be heard. He has previously released on Diffrent & Absys plus others.

nCamargo is from Rio Grande do Sul, Brazil & his offering ‘Bad Mood’ is a real solid track from up & coming producer.

DB: What’s the best way to check your new releases?

V: Both & on our monthly podcast available via itunes/soundcloud (shameless plug) ha ha!

DB: So what’s next for you guys?

V: Quite a lot… on the next release we have up is the Shadows ep which features DYL from CX Digital, Malicious & Nultybyte which should be released mid/late June. We are pleased to have signed Original Ninja & Blackart, AON & also have a big single from Seismix who has previously released with Dutty Audio and is currently receiving support & airplay from 1xtra, Insideinfo, Hybris, Sabre, Cern, Stealth, Octane & Dlr, MTWN, Tokyo Prose, Resound, Outer Heaven, DBR UK, Bredren, Blackout, Sunchase, Phil Tangeant, & more.

Our A&R process isn’t too strict: we are just looking to sign producers we think are technically spot on & have their own unique sound

DB: Lots of names up in that big para so who do you like in general?

V: A lot of producers to be honest: Stealth, Hyroglifics, Fearful, Silent Dust, Nu:logic, Ivy lab… but just watch out for our new guy AON!