I spoke to Variations about the forthcoming Big Belly ep, out next week.

DB: Hey Variations, this is f*cking fantastic! When did the ‘Big Belly’ come about?

V: Thanks for the love! Good to speak to you again. About two years ago we made the core of the tune during the horse meat scandal so it was called ‘Horse Meat’ for a while.

We thought it needed a vocal but left it for a while after getting stuck. We discovered Travis Kaye by picking up his free mixtape in HMV and when we listened we hit him up to try and lay down something for the tune. What we got back was so well thought out from an artist rather than just an MC.

It perfected the tune so it made sense to rename it ‘Big Belly’.

DB: You roadtested it live?

V: We’ve been opening our sets with Big Belly for a while and it’s great to see people go off to it and call for reloads.

Caspa’s been including tracks from this EP in his sets over the world too which is wicked. ‘Big Belly’ was included on his last Dubstep Sessions mix, so ever since then people have been asking us when the full track was going to drop.

We’ve never felt this level of hype about one of our tunes before, it’s mad!

DB: Such a ‘busy’ sound on this in general, I love it. It’s bloody unique and makes me think you guys have been on fire in the lab, is that the case, lots of tunes on the go in general? I mean, was it hard to settle on ‘just’ an ep?

V: We’re always writing and have got more music waiting in the wings.

The four tracks on this EP made sense pretty early on though as it shows a more traditional dubstep angle from us but still enough diversity to showcase the different sounds we’re into across the scene.

DB: The tune ‘Have Some Death’ f*cked with me… wow!

V: We wanted something that would shock or make people panic.

It’s such a heavy uneasy tune and hearing it loud is quite terrifying.

It came about from the snare which is just insane. The title is just us saying to the listener “here, have some death in musical form”.

DB: What sounds are inspiring you right now, what artists in the scene and in general?

V: We’ve found it easier lately to go back in time a bit to draw on more old school sounds for influence. Stuff from the ’08, ’09 era is what got us into the scene. More classics are definitely creeping back into peoples’ sets as well as ours.

It’s showing the newer generation of dubstep fans what they missed.

Also, a big inspiration for us at the moment is meeting new people as a result of making the music we make, whether it’s other artists or people we meet at shows who love our music.

Going to different nights and hearing all kinds of diverse sounds always makes us leave with ideas. Linking up with Travis Kaye did a lot for us too. His passion and creativity is rubbing off on us and we’re drawing on more of our hip hop influences as a result. 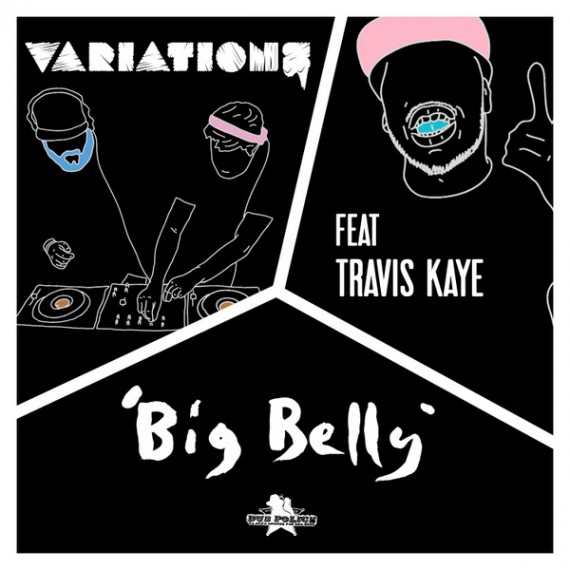 DB: Back to the ep, ‘Leaving The Lights’ is nice indeed, that’s amazing. Is there a story attached? It’s like a scene from an great film.

V: Thanks! We’re happy we’ve been able to include this on the EP.

It’s interesting you also visualise this as we did throughout the whole process of making it. For us it’s like the soundtrack to that point in the night where you’re feeling a bit wavey.

You’ve had enough of the music and the lights and you’re stumbling through a dingy club corridor desperately trying to find your mates just for a sense of comfort.

DB: So in general where can we find you playing next and who will it be with? You need to get out touring.

V: The next Club Dub Police June 26 will be showcasing the new generation of Dubstep producers and DJs. We’ll be playing alongside Compa, BadKlaat, Thelem, Proxima and Crazy D on the mic.

We’re also returning to Wilkestock later this year. We’re joined by a very special guest on our stage this year so keep your eyes peeled for more info!

V: Big up The Dub Rebellion for their support, Wilkestock, AKA Corps, The Greys and Blobfish Jones.

And to everyone who loses their shit to our music!