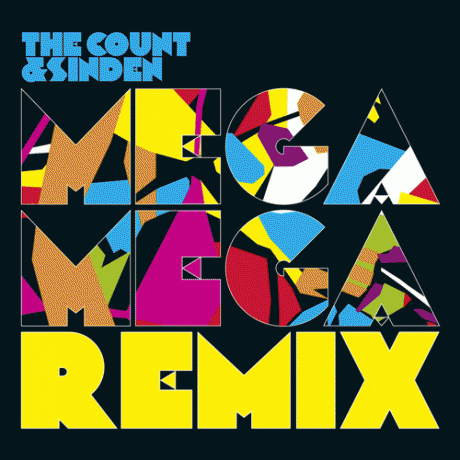 Having emerged from a smoke filled warehouse to deliver their acclaimed debut album, the genre mashing ‘Mega Mega Mega’, The Count & Sinden take their work back underground with the release of ‘Mega Mega Remix’, a completely new version of the album remixed by some of today’s most exciting new producers.

The original’s riotous mish-mash of global beats, bass, rave stabs and massive pop hooks was one of 2010’s most exciting debuts featuring guest turns from the likes of Katy B, Mystery Jets, Rye Rye and Bashy. Now ‘Mega Mega Remix’ repeats the trick employing the likes of Canblaster, Lone, XXXy, Krystal Klear, D1 and Hot City to retool the album for dancefloors from Dalston to Rio.

This DJ Mix is provided courtesy of Sinden and gives you a preview of some of the tracks from the forthcoming ‘Mega Mega Remix’. Tracklisting below.