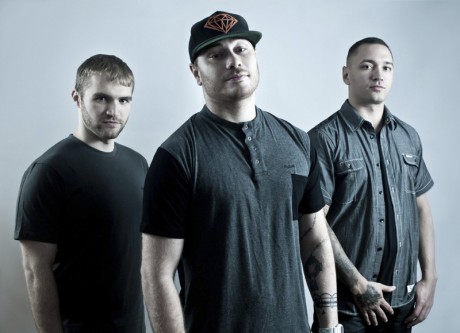 Terravita‘s ‘The Power of Fire’ ep is out now and they’re part of the huge ‘Firepower’ tour (see at end of post) so caught up.

DB: Your ep is a lot of fun, problem is that it makes me want to teleport out and get to that damn tour and hear it live. So what did you want to infuse in it, to put out there about yourselves?

T: Thanks! You know we always approach making our music very simple and direct like ‘just listen and enjoy this, there’s no need for conceptualism.’ After that aspect is complete we can think about it a bit more. But that’s kind of the concept within itself right? That there’s no need for a concept! So it’s kind of satirical in nature.

DB: What does it say abut you guys personally?

T: We make fun of each other a lot and try not to take ourselves too seriously and just enjoy life. That’s what’s infused in the EP about us. Even if there is a message like in ‘This time It’s Personal’, you can still just rock out to the tune if you want.

DB: On the subject of the ep, can you pick one more tune from it and tell us about it?

T: The funniest one was probably metROIDs. Matt was sitting outside of a hospice care center all day in Boca Raton, Florida visiting a sick relative. He was at this plastic picnic table and found a working power outlet so he decided to write a tune real quick. For some reason it struck him to just cover the opening theme of Metroid (which was a childhood favorite for us). We played the show in Miami and afterwards headed up to Datsik’s hotel to hang out with a bunch of friends. As with most of these types of get-togethers, someone inevitably starts playing tunes. Troy heard metROIDs and was like ‘What is this?! This is heavy as Fuck! I want this for your EP as well!’ and that’s how it ended up on there.

DB: I know that you guys have some VERY strong D&B credentials, ranging from experience with Bassline Smith, Beta, Bad Taste… what did you learn and adapt from this experience?

T: D&B taught us to have a strong work ethic. At the time we were making it, things were still predominantly vinyl based. The dubplate culture was still in effect and we got to witness its transformation into digital. We always acquainted the production level of D&B compared to many other styles of electronic music in the same way as training as a fighter with bears.

If you train fighting with a bear and survive, then when you fight a person it’s a lot easier.

One of the other big things we learned from D&B was to never have a bad elitist attitude. Not only does it ruin you as a person and artist, but it eventually starts to eat away at your entire music genre’s infrastructure. 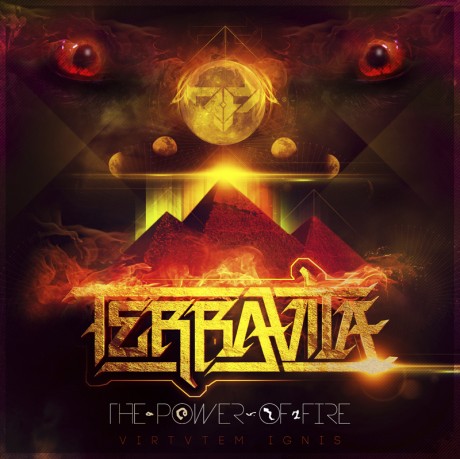 DB: What elements of D&B remain in what you do? Is it recording techniques, soundlayering, general attack attitude, you tell me?

T: Performing for one thing. We still double drop bass music with an MC. What’s more D&B than that? That’s what makes D&B as a performance so fun. The studio aspects still contain a bit of D&B elements as well although our knowledge base of engineering and mixing is pulled from tons of genres at this point.

DB: So it all culminates live. What’s the reaction?

T: Hands in the air! There’s people jumping around and dancing and screaming. With some of our released stuff now, the crowds will sing along to the music. The PK rig we use is amazing of course. It’s intelligently set up to deliver a destructively loud amount of low end yet maintain this great clarity in the mids and highs. That means when a kick drum pushes through the system, you can hear the pop nice and loud and then it still delivers a blow to your chest. It’s also run by some of the coolest and most genuine people we’ve ever met.

T: Well, the tour bus and production style alone gives it a more rockband-like setup. Most of the time DJs just fly to one gig with a backpack of their gear and play in a city and fly back home. This is a much bigger undertaking with a bigger setup and a larger amount of performers. Personally we love the fact that it’s a bit more rock and roll in scope, since we like to bring that type of attitude when we write our music. Plus doing tours like this break barriers between the concert and rave mentality. It’s just one huge party. 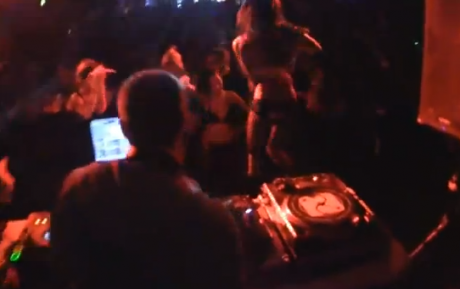 DB: It’s a tough style of music. Do you switch it around live so it’s not hard all the time?

T: We may be considered hard by some but overall, we’re on a high energy tip. Compared to a lot of other bass artists, our music is not always ‘hard’. We try to ride the line of musical and heavy. We tend gravitate toward stuff with a lot of musical progressions within the songs and we switch tempos too.