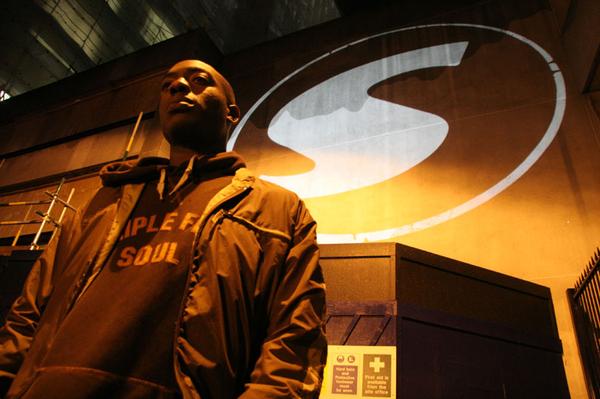 Tendai is a Swerve resident and wide-ranging DJ of global notoriety. We caught up, talked feverishly about music and films and that certain secret weapon once served down The End (recognise the location of the above pic?) He was down next to Bukem, Friction and Fabio for the EPIC Swerve xmas do recently, where another room had to be opened to deal with the massive crowd.

And he gave a us a killer mix too…

Damian Bennett: What’s the score with the mix?

Tendai: It’s the D&B Love Mix. Every tune has the word ‘love’ in it. I made it for my site cognitivespace.co.uk that I’m launching next month which is a mix of music, film, society and philosophy.

DB: Looking forward to this, big style. So what tunes have caught you recently?

The tune is too sick, it’s come out of nowhere and become the tune of the year, it’s good to see D&B tracks releasing videos as well. I remember that other D&B tune that Strategy spat on in 2001 with Future Cut on Renegade Hardware called ‘Broken English’, big tune.

DB: Ah yes, that was awesome. ‘Spat’ yes indeed. Hey give me some verbal snapshots of great times at Swerve. I was there when you dropped that New Jack Swing microset, was that Ruby Lo?

T: Ha ha, you remember the New Jack set… hahahahaha, it was very impromptu, it was my birthday and I decided to flip it a little bit. Yeah that was down at Ruby Lo.

There’s most definitely been some great memories playing at Swerve all these years, from The End, to Ruby Lo and on to Cable. Tune wise there are plenty of memories. The first tune I ever played at Swerve was London Elektricity ‘Round The Corner’ (Origin Unknown remix). The tune is a classic and has never left my record box.

DB: That was, for me, one of the first big tracks bringing in the new millennium back late 90s! The title too.

T: … I have very fond memories of first playing this (below) down at Swerve and the place going wild every time. It was at the time I was playing this tune that I was given the nickname ‘The Ladies Choice’ ha ha…

I played that the first time at Swerve at The End many moons ago, and Chris Metalheadz lost his shit and asking me who this was and what are his contact details, not long after that he signed a tune to Headz and the rest is history.

And any time I’ve played this killer, Swerve knows what to do!

DB: Great picks there, thanks. What about aside from the music? What snapshots you got?

T: My best non-musical memory (or cause of loss of memory) has to be ‘Patron XO Cafe’ or ‘coffee tequila’, how we like to call it. The greatest shot ever, and The End is one of few places at the time that sold it. It’s still hard to come by in bars now. Man I miss that drink. You couldn’t talk about The End without mentioning coffee tequila.

DB: Where in the world would you love to play?

T: It’d definitely be at Womb Club in Tokyo, one of the best sound systems in the world and it being Japan some of the best food!

DB: Too much! So what labels are you watching? Some great moves on Hospital, Horizons, Commercial Suicide, Signature of course… but riff away, what are you feeling in terms of who’s doing big things.

T: Look out for Innerground next year as they will be flipping the script; Metalheadz will be drawing big in 2012; Hospital have signed up S.P.Y for his album; I’m with you on Commercial Suicide & Signature, the new compilation was pretty sick and anything by Calibre is buy on sight; it be interesting to see what comes out on Digital Soundboy next year as it’s one of few labels that can seamlessly cross genres and barriers. 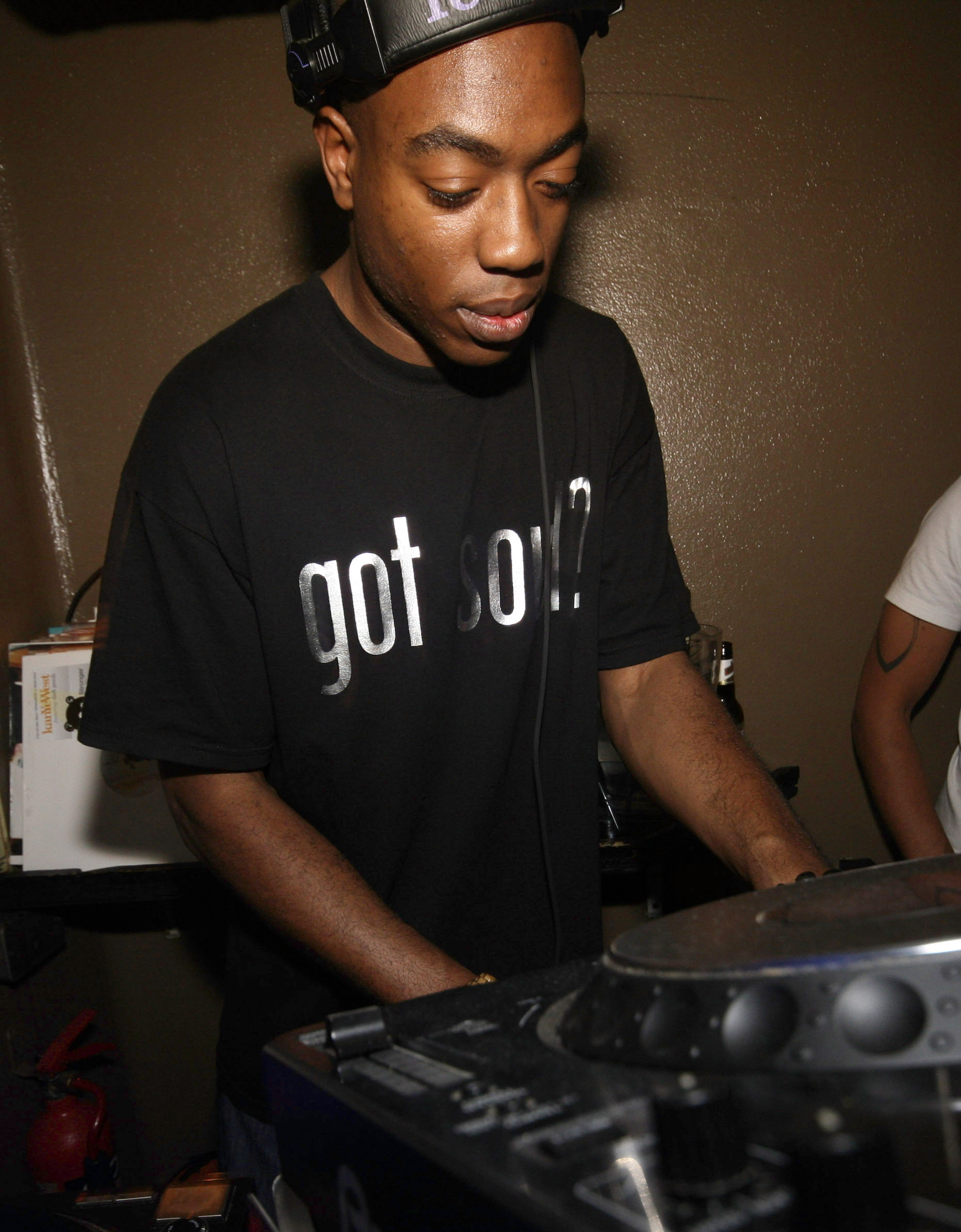 DB: Some interesting thoughts about 2012 in terms of BPM and the style of the music we can expect are doing the rounds. What are your thoughts?

T: There’s a definite move towards the return of jungle vibes as well as more of a melting with the vibes of lower BPMs. One group which have done this well have been Silent Dust, their new album is making some waves as much outside the D&B scene. For eg I have friends that don’t like D&B that have that album on heavy rotation. Also people like Andrezz, Mr Joseph & Dave Owen.

2012 will definitely be an unpredictable year both musically and in terms as society as a whole: CDs are being phased out, major changes on radio shows, occupy movements all over the world, people empowerment, wars and rumors of wars… I believe that life influences art and vise versa. Music will just be just as unpredictable as what will happen with society.

DB: OK. From war to, well… got some good tips for food in London?

T: Mexican joints have been big in 2011 and will be just as big in 2012. Mt favorite Mexican cantina right now is El Camion in Soho. It’s the first place that I’ve ordered a steak burrito and they have asked me how well I want it cooked. You actually feel like you’re sitting in a proper restaurant in there rather than a fast food joint and the menu is extensive. They have an amazing range of tequilas in there (including Patron XO cafe!)

– Headhunters
A Norwegian film about a corporate Headhunter who moonlights as an art thief so he has enough cash for his high maintenance girlfriend. As the film goes on you cannot believe how much deeper in poop he gets himself into, it was so well put together and is already tipped for a US remake… but watch the original if you get a chance.

– Kill List
My favorite British film of the year. Part horror, part thriller, its the story of hitman who takes a job which leads to his decent into darkness. Low budget, brilliant acting, extremely violent and full of tension, it’s not for the faint-hearted.

– Drive
A Hollywood stunt performer discovers that a contract has been put on him after a heist gone wrong. Absolutely amazing movie from Nicolas Refn Winding. If you haven’t heard of this movie then you have been living under a rock. Nicolas Winding Refn is one of my favorite directors. If you want to see some of his back catalogue I highly recommend The Pusher Trilogy, Bronson and Valhalla Rising.

– Yakuza Weapon
It’s a sci-fi/action/comedy from Japan based on a comic book of the same name. Pure OTT action and gore, the story is nuts: he can dodge bullets, & catch RPGs in his hands. Definitely the craziest film of the year with the most lol moments.

– The Yellow Sea
Words can’t describe how good this film is. Pure on the edge entertainment and also pretty violent, there are no guns in this movie just knives. Absolutely amazing from beginning to end… Hollywood could never make a film like this. It was after seeing this a month ago that I told myself there would be no point in me seeing another film at the cinema this year.