I caught up with Swerve soldier Tendai on the eve of his set at Dem Dayz at the Lockside Lounge.

DB: How’s the year been so far?

T: It’s been a great year for music so far, I’ve received some amazing beats and the cylinders have been firing on the album front over the last months – there have been some super strong album releases like the Sounds of Innerground, the new Alix Perez, The Nu:Logic album and the new Calibre album.

There has been a return to real strong MC-lead tracks which is a good thing, there was a period a while back where it seemed many MC lead tracks felt very throwaway & it seems those days are done.

After a brief hiatus making some excellent 130 BPM beats Makoto is back on this D&B thing with some excellent releases; Dave Owen continues to surprise us with new release and his latest on Good Looking is huge; Command Strange is turning out to be the most versatile producer out there; DJ Die’s Gutterfunk releases are amazing.

DB: Swerve would really traditionally have a mixed crowd. Is D&B a bit blokey right now?

T: D&B is simply one of those scenes which – in its current state – will breed more men than women. In some respects you could relate it to being in a comic shop like Forbidden Planet. I’ll have to say that the proportion of women I have seen at a night like Marky & Friends is way higher than some techstep nights I’ve been to. But at the same time I’ve been to many EDM / techno nights and the proportion of guys to girls is a lot more proportionate. 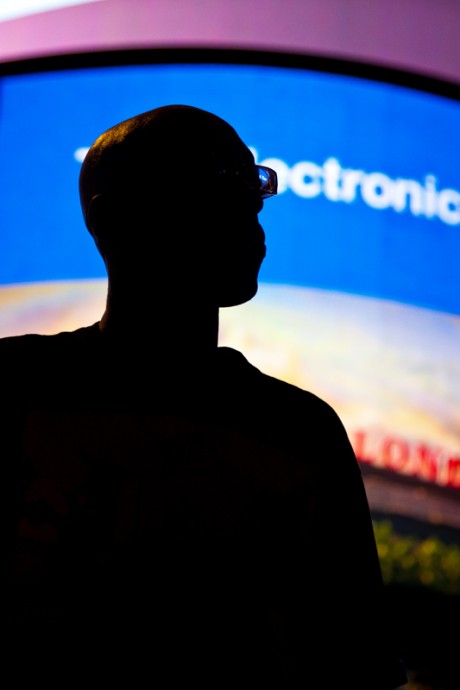 DB: Don’t you think we need more female producers/DJs? Why doesn’t it happen?

T: There is definitely a need for more female DJs and producers out there, but I don’t think it would change the type of music produced per se… I believe musical talent goes beyond gender boundaries. There is plenty of female talent out there but there is definitely not enough. Something definitely needs to happen to completely break down these gender barriers as it seems that many female producers are not taken seriously just for being female, we live in a different age now.

In the D&B scene we have the likes of Storm, Flight, Mantra and B.Traits just to name a few and in other parts of electronic music there has been an huge rise of females especially in the techno / deep house scene with the likes of Magda, Nina Kravitz, Ellen Allien and Maya Jane Coles. This rise will inspire more females to join the scene… there’s not the same stigma as years ago. 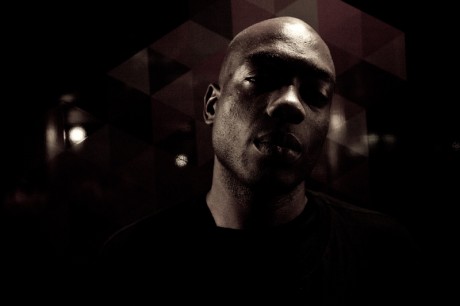 DB: And what lead you to the creation of your site cognitivespace.co.uk?

T: I decided to build something that encompassed more of me than the DJ. Its proved a strange mix but highly successful & I’m getting as many requests for more film & sociological based updates as I get for mix updates which is a good thing

DB: Your film tips are wicked, can we get a few?

T: For this round of film tips I’m going to recommend some summer movies that aren’t your typical blockbusters, are a little dark and sinister, but will be hype movies all the same!

The Iceman
Michael Shanon is proving to be a great actor, see Man of Steel and Boardwalk Empire. The Iceman is the true story of Richard Kuklinski, the notorious contract killer and family man.

Elysium
Neil Blomkamp hit big with first movie District 9. Elysium stars Matt Damon and once again deals with issues of social segregation this time between a ruined future Earth and a space station for the rich called Elysium. It looks great.

Only God Forgives
Nicolas Winding Refn is one of my favorite directors and his films like The Pusher and Valhalla Rising were raw and uncut, he then made his US debut with Drive. He now returns with his 2nd Ryan Gosling movie Only God Forgives. It follows a drug dealer in Thailand trying to find a killer. Expect the same sort of beautiful silence, raw violence and atmospherics that we saw in Drive.

Snowpiercer
Snowpiercer is an upcoming Korean sci-fi thriller film based on the French graphic novel Le Transperceneige. Set in AD 2031 following a nuclear fallout, the passengers in the a are the only survivors on Earth, its more intelligent scifi in the same vein in as Elysium. Its directed by Joon-Ho Bong the Korean director of great movies like Mother and Memories of Murder.

The Conspiracy
The film is a twist on the found footage movies, this time in the form of a a documentary about conspiracy theories takes a horrific turn after the filmmakers uncover an ancient and dangerous secret society. It looks pretty dark and thrilling and I like how its integrates real life events & it’s going to be massive.

T: The closing of Cable has been a major knock for D&B in London, but be rest assured Swerve will be back at some point.

I am at Jamais Vu at The Horse & Groom in Shoreditch which is weekly on a Sunday and have proven to be a highly successful D&B night. Forthcoming guests include Fabio, Bailey & DJ Storm

The first D&B night I was ever involved in back in 2001 was Hexion & is returning, the details are currently being sorted out and will be coming later in the year.