Tendai at Get Busy

Caught up once more with Tendai who is down (with Haste) at Get Busy each Thursday. Info at the end together with his recent ‘Departure Lounge’ mix.

He periodically gives us some awesome random embeds, discussion and insights, such as…

Sticking with the Michael Jackson mention from last time, this was the one occasion that MJ, James Brown and Prince were on stage together. MJ smashes it on stage, and as soon as you see Prince arrive on a roadie’s back… well you know something’s up.

This thought-provoking short movie shows some of the potential dangers of what could happen in this future where people and computers are interfaced in a normal setting. If you like this sort of thing you should also check out Charlie Brooker’s Black Mirror series as well as the new digital web series produced by Bryan Singer called H+ [youtube.com/user/HplusDigitalSeries]

The Wire is the greatest show on TV, it will never be beaten, if you have never watched an episode you are truly missing out on greatness. College Humor have smashed it will this video on what The Wire would be like if it was an old school RPG. NOTE! If you haven’t yet watched the show then you won’t get the jokes and there are also a few spoilers from the show in there. The consoles change but the game remains the same.

The Booth at the End

There are a lot of mindless shows on TV at the moment, but every now and then there comes a show that is so well written that it doesn’t require constant cheap jolts to keep your attention. It doesn’t even need different locations: the whole thing takes place in a diner. It’s the story of a man who sits in a booth at the end of the diner. People come to visit him with certain desires – to be prettier, for money, for their son to get well – in exchange for sacrificing their morals and doing a task for him. All he asks is they come to him to describe their progress. The stories of all these various people overlap and the tension is riveting. Is he a force for good, or is he the devil? The show is out in the States and will be available to watch on the FX UK website very soon [thebooth.fxuk.com] don’t sleep.

Mike Tyson came out recently and said that boxing is losing out to the MMA with crazy referee decision and the lack of characters in boxing today, people are getting bored of the sport. Well, this video is from 1991 where Larry Holmes and Trevor Berbeck took their personal beef out of the ring. When these guys are talking about each other you can see its truly personal, and to drop kick a guy off a car in front of all those police… wow that’s deep, ha ha.

In the last one of these I spoke about how there was only one good Punisher movie made which was in 1989 and how the franchise has gone downhill since then, well… This short Punisher movie which was made for fun and staring Thomas Jane who played The Punisher in some of the recent movies as well as a surprise appearance from Ron Pearlman. There’s ight at the end of the tunnel! 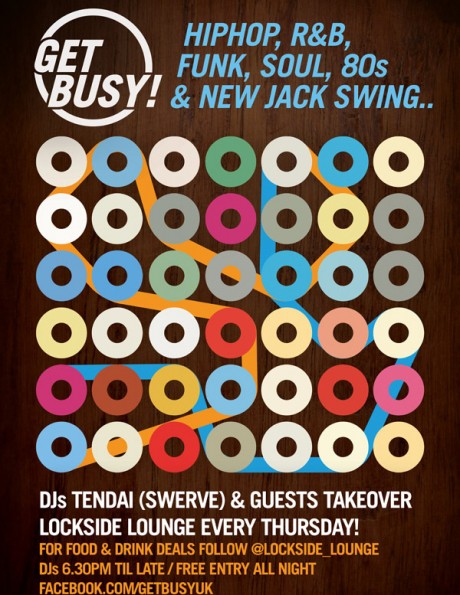 Tendai also smashes up the The Horse and Groom, Shoreditch at Jamais Vu on a Sunday alongside the likes of Grooverider, Fabio, Betoko and DJ 279.