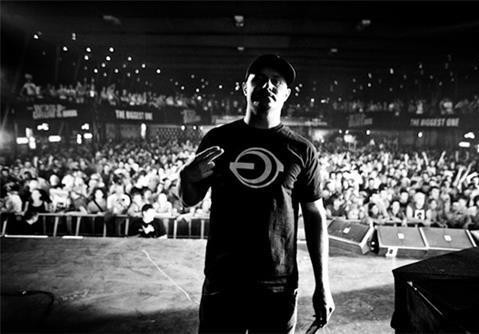 Teebee talks, in light of recent collab with Calyx: ‘Scavanger’, with more 12s and a BIG album to follow. Calyx talks tomorrow, so tune in.

DB: Straight off Teebee, you have had such a long, strong career, so what keeps you on fire with D&B?

TB: To me it has always been the true ‘future music’. If I where to get a glimpse of what music is like in 2450, I think D&B would be it.

DB: When did you start work on this new stuff for RAM?

TB: After a little time out after ‘Anatomy’ we slowly got our groove back and just started getting creative. We weren’t targeting anyone in particular, just kept being creative and moving forward really. We went through a long phase of just making little snippets, regardless of tempo and style, and after a while we had so much stuff it was overwhelming. And here we are, 4-5 years later with an album for RAM.

DB: And how did the hookup with RAM come about?

TB: If I’m going to sign with one label besides my own Subtitles, it would always be RAM. The infrastructure, professional workers and their merit speaks for itself. We’d be crazy not to sign with them given the opportunity. I’ve known Andy since the very beginnings of my career, and I’ll never forget him coming up to me at a london show shortly after my debut album ‘Black Science Labs’ was out. He told me he thought the record was amazing, not because he was my friend or because he had to, but because he really meant it. That record was highly personal to me, and he ‘got it’.

They are today the most influential D&B label in the history of our music. No contest even. I dare anyone to not find a few records they like in their amazing history! We always said we’d play Andy our album first as well when we made it, and we stuck to that. And here we are, signed, sealed and delivered!

DB: So, working together, what vision did you have?

TB: We didn’t go in with a set vision at all. We just wanted to be creative, to be playful and not get stuck in a set routine where every tune rises and falls the same way. We wanted diversity. This collab has a bit of everything, whilst still managing to be tough in the right places. We’re really pleased with how it’s all coming together. We wholeheartedly love the music. We do what we want and do not follow trends.

DB: Ok, so how do you bounce off each other considering you guys have such unique experience both in the studio and on the road? Or is it all just ‘new’… it just happens.

TB: I think one of our real strengths is that we hardly ever… in fact, I can’t recall ONE incident where we fight over something in the studio. Our rule is, if the other is not in it, it goes. That being said, we have such a similar ideology when it comes to what music is supposed to be. It is honestly like being next to an extended, enhanced clone of myself, but with perfect pitch and amazing instrument capabilities. We both have our strengths, and we’re aware of them, and not afraid to let the other take over a certain task if the result is going to be better. The end result is the only result that matters. I believe that there isn’t room for pride in a working relationship like this. Pride, to me, is the root of most evils.

On this collab, we’ve allowed our individual creativity to shine on a whole other level. Sometimes I’ll start something, but I’ll work it for weeks before I even send it to Larry. And vice versa. This allows the ‘solo’ artist in each of us to shine like we’ve always been used to in our respective careers. But when we hand it over to the other, it’s always within the frame of mind that it might change. I think this really brings out the best in us, as we both want to impress the other, and make sure that what we’ve done is so sick that it’ll be kept!

DB: Devil’s Advocate: you both are known for fantastic production: if something sounded great years back, then why change, if you do? I mean you hear about stuff like Native Instruments, about leaps in technology, but if it sounds killer and destroys the floor, isn’t that enough? Why change? 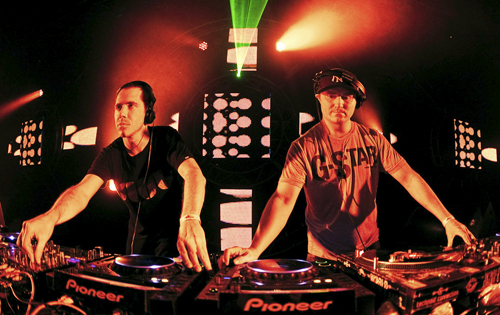 TB: If you stay stagnant, you get left behind. Simple. It’s the cycle of all things we know about. Evolve or die. Music is the same. Not necessary the ideology or the basic idea, but sonically what we where doing 10 years ago isn’t even close to the standard of today. And trust me, draw for something ten years old to a crowd who don’t know the history of the tune, and the MC will have to draw for the inevitable ‘This is educational stuff’ when it is not going off at all.

DB: Have you any people in D&B you are loving right now? New producers/DJs/vocalists & can you cite some tunes hurting you?

TB: This is a hard one, because there aren’t many coming through quick anymore, due to the dedication it takes to really carve your way into the core of this music. I feel even shameful to mention people like Hybris, because he’s been around for ages, even as part of Robot Death Squad, but he really is on fire at the moment. Uncompromising amazing music with amazing production.

DB: If you could be a fly on the wall for one major studio session in history, which one?

TB: The obvious one is Quincy Jones as he did MJ’s ‘Thriller’. I’d also like to be a part of Brian Eno’s early days. And the making of the first Motley Crue record, just for the debauchery!