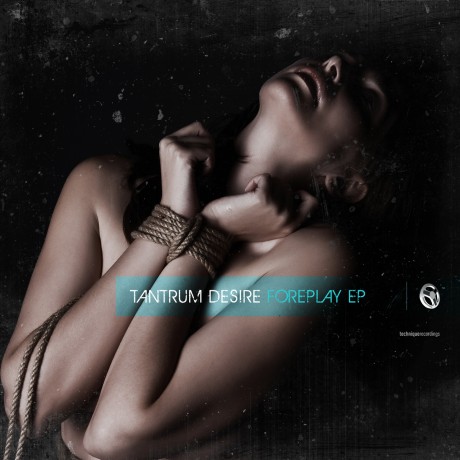 Tantrum Desire are known for their belligerent and compelling mode of D&B (maybe hence the name?)

Like Jaydan, Majistrate, Original Sin and Taxman, at the hands of a good DJ Tantrum Desire‘s better Than (Bad, Illicit) Sex so we caught up to have a natter (and pepper it with some faves from time).

Damian Bennett: Hey Jay… Fresh has recently had success from building on his D&B roots and we know it’s business as usual with D&B on fire worldwide. What keeps you in love with the music?

Jay: Drum & Bass music is evolving and expanding at a steady pace in the music industry and it’s great to see the acceptance from different media platforms these days. What keeps me in love with D&B music is the energy in what the tempo provides. I’ve always enjoyed producing it and will never stop. I’ve come across people you wouldn’t expect to appreciate the genre, but do!

DB: So what stuff killed you, coming up & listening to the music?

Jay: Myself and Devin met in 2004 at a dingy pirate radio station that was actually in someone’s flat! D&B was happening everywhere in London around that time and a lot of venues were accepting the music and having some pretty popular parties.

Around that time, I was always out at the clubs listening to what was new in the scene. There was always something new that caught me and gave me that inspiration to get in my studio.

DB: name some all time D&B killers you love?

DB: What lead you to the Technique camp?

Jay: I think it may have been the attraction of how I was crossing several types of D&B styles within production… over the years Technique has released a fair amount of different styles and therefore was open minded to what I was creating.

Jay: I had a tour date last year december at a the ‘Winterfresh’ outdoor festival in Los Angeles, which was apparently supposed to hold over 10,000 people, & I was very much looking forward to playing at the event.

When I wasn’t long due to board my flight for LA, I was informed that the gig was cancelled at the last minute. I’d also read online that the gig was subject to change… I boarded the plane at the risk of not even having a show!

When I arrived in LA I had some good news that the festival had been moved about one and a half hours away from the original location. It turned out being an indoor event. But I arrived at the venue and all I saw were LAPD officers.

In fact helicopters surrounded the area, people were unconscious on the sidewalks & it was quite a chaotic scene. Then my driver had spoken to the promoter and was informed that no more people were accepted in the venue, and they wouldn’t even allow me. This being caused by so much happening in the area and plus the club being over capacity… I had to wait half an hour for updates and it was getting very close to my set time.

In the end, the tables had turned and I was taken straight to the main stage to perform and it was GREAT.