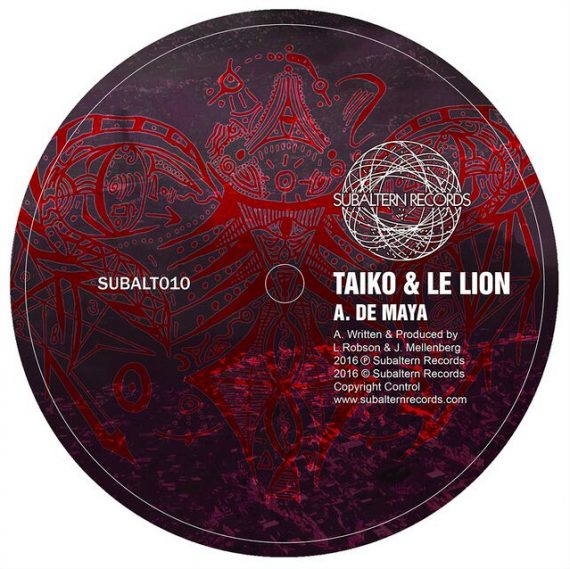 Hey. I love the release, when did it take shape? And the collab with Le Lion in general?

Thanks! The release has tunes spanning from about 2 years ago right up to this year so it’s been quite a process getting them all together. The track-list has been switching and changing a lot over that time but I’m glad I’ve waited I think it’s come together really well.

The collab is in fact the most recent one on there; Le Lion hit me up and we got talking, swapping tunes and stuff and it just went from there!

What inspired ‘Flummox’? This is a killer.

There wasn’t so much a big inspiration for ‘Flummox’ but I remember messing around with a piano or violin I’d sampled thinking i wanted to make a grime-ish kind of beat.

After a few instances of resampling and cutting/chopping I arrived at the melody you can hear now and build the rest of it from there!

Similar to the process of Flummox except I was thinking mallets and triplets ha ha. In all honesty once I’d finished ‘Game Show’ it reminded me of Countdown hence the name, I apologise if that’s ruined it for anyone ha ha.

When did the remix come about?

The remix was just under a year ago I believe, I was chatting to Mentha and sent across ‘Stick Fight’, he asked if he could have a go at remixing it so I sent across the stems and about a week later it was done!

What are some random tunes inspiring you now… or ones that are in the set that are working wonders?

To be honest when I’m looking for inspiration I tend to look away from electronic so I’ll end up listening to a lot of old bands and jazz, funk, orchestral, ambient, a bit of a fusion really!

As far as dubstep goes…

… and a few others that I’m not allowed to mention ha ha.

Any dates we can have, for live appearances?

Sure I’m supporting Mungo’s Hifi In Sheffield with Dark Harmonics on the 22nd of April, and towards the end of June it’s looking like I’ll be heading over to Holland for a few dates and maybe Belgium so keep a look out for updates.

Also just want to say a massive thanks to everyone supporting the EP!