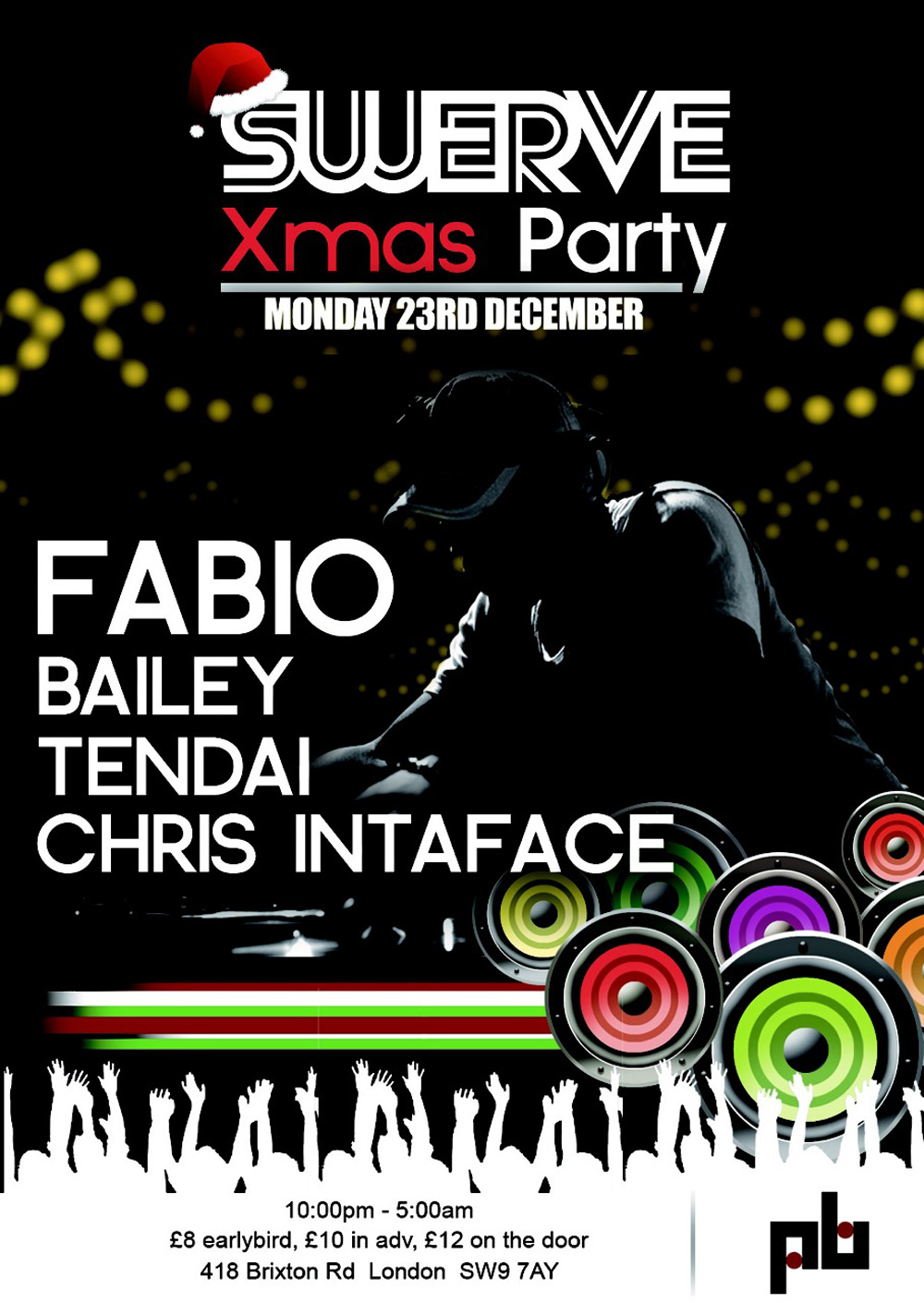 Monday December 23 is the Swerve Xmas Party at Plan B. Tendai joins Bailey, Chris Intaface and of course Fabio for the night but before doing so gives us a quick music rundown and an xmas movie bonus.

Roy Green & Protone ‘What’s Left Of It Is Gone’ Celcius
This Liquid roller is hypnotic in the way it rolls out. I love it.

DJ Chap Inna Streets Remix EP
Liquid V is hot off the release of the Club Sessions 5 album, Liquid are firing cylinders again with this remix EP. There is something for everyone on this EP – the Decimal Bass remix of ‘Cybernetics’ is a straight stormer [DB: F*ck yes], the Unreal remix of ‘Fear’ rolls out and the Random Movement remix of ‘Let Me Love You’ is tight. Liquid V is on fire right now.

Voyager ‘LuvBloved’
Voyager is back with his first solo tune since Fabio’s Liquid Funk Volume 2 in 2005. This amazing tune has such an old skool feel to it and lush pads.

Submorphics ‘Organ Grinder (Calibre remix)’ Rubiks
Calibre has upped the tempo of the chilled original. This tune is one of the remixes of the year.

Dave Owen ‘Some Things Never Change’ Vibration Records
Dave Owen is on it again with some soul drenched D&B. It seems to have slipped under the radar of many – look out for it.

Black Christmas
This 1974 Canadian movie was the first ever slasher horror movie ever made and went on to inspire Friday 13th and Halloween. It’s set in a sorority house at Christmas which is being stalked but a crazed killer. It’s wholesome Christmas fun.

Eastern Promises
This violent David Chronenberg movie about a midwife who tries to track down the family of a unknown woman who dies in labour at Christmas and ends up getting embroiled with the Russian mob.

Rare Exports
What would happen if you managed to capture Santa Claus and tried to sell him to the corporations but his elves weren’t very happy with it? This movie is the first Santa movie with helicopters, explosion and machine guns.

It’s Always Sunny in Philadelphia
This is the funniest show on TV and in true un PC fashion the Xmas special was also no holds barred!

L.A Confidential
You don’t really think of this great cop drama as a Christmas movie, but it’s all about Christmas and the three wise men.

He-Man & She-Ra Christmas Special
To lightened things a little: if you grew up in the 80s and didn’t see this you missed out. It’s Christmas in Eternia and He-Man and She-Ra were in the episode together. It was immense.