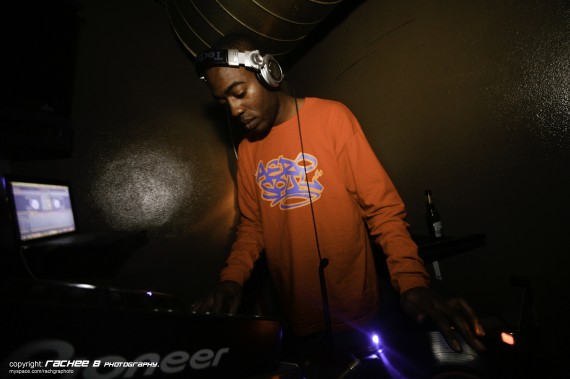 On the eve of a big night in London, Swerve soldier Tendai gives us his stone-cold killer round up of stunning D&B from far & wide as well chillers and Korean killers in his film roundup. Best roundup on earth, easily.

T: 2014 has been a great year for D&B so far. People like Sigma have had major chart success hitting number one and it’s looking like they will do well again with their new Paloma Faith collaboration. The scene has shown how it looks after its own with the amazing MC Fats We Gotcha LP.

There’s been other great album releases from the likes of Lenzman and Calibre did it again with his latest Shelflife release, and there is also one huge album project coming from DJ Marky after the summer. Clubnight wise things are improving again in London and we are seeing the return of the midweek parties, with Bailey & Need For Mirrors’ Soul in Motion night at the Edition hotel which has now turned fortnightly; Swerve is back again for our first (of many) London gigs of the year; other promoters like Launch, Innersoul, Fizzy Beats, Aerosoul Limited & Shut That Shit down are also bringing a variety of nights to small to midrange venues – it’s a good look.

Personally things have been good, after a quiet beginning of the year things are picking up again, I’m in the process of sorting out a radio show and I’ve got into the studio again for the first time in years. I’m working with some new people at the moment so the results will be interesting.

DB: Speaking of Swerve, what can people look forward to on Friday?

T: Swerve is back with a vengeance and as always you can expect quality music. Where Swerve differs from some other nights that it’s a DJ night in the true sense and its a night of DJs who are known as being DJs as much / more so than being producers. A lot of parties are squeezed to the gills with DJs leading to short sets and what invariably become sets that all sound the same because just the biggest tunes get played in that time.

Swerve on the other hand embraces the longer DJ sets – it’s built for the people by DJs and result is quite fluid, what you hear on the night comes from crowd reading, we give the crowd what they want – sometimes even crossing genre barriers… as you’ve seen in the past. Every set you’ll hear on the night will be different – old, current or new it doesn’t matter – we’re just dedicated to providing good music. 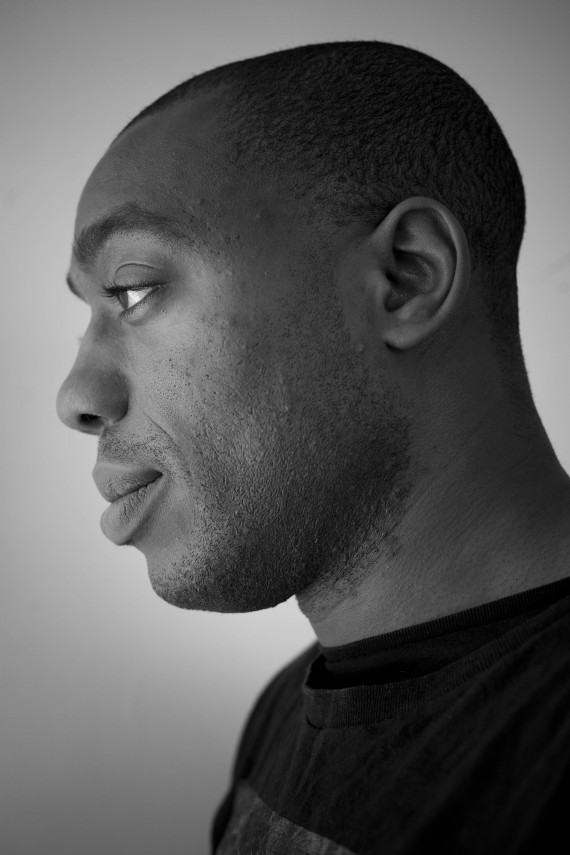 DB: What tunes are you feeling?

This tune has been on heavy rotation of a little while and will be released this October on his highly anticipated solo LP. Look out for it!

This tune is part of the Colours of the Sun EP release on Liquid V which is out now. The whole EP is fire, but on this track Edward Oberon kills it on the vocals, it’s got that real late 90s/early ’00s R&B vibe to it.

Intelligent Manners & Command Strange ‘Back to the Sky’ Innerground
From their debut album forthcoming on Innerground – these guys are my favorite of the new breed of producers out there and have opened people’s eyes to the soulful tracks coming out of Russia.

Tempo brought back Voyager and now they have brought back DJ Trax, this track is a killer. For fans of atmospherics and amens this is for you!

Dave Owen & T.R.A.C ‘The Party’s Arrived’ Liquid V
Part of the Liquid V Afterparty album. I love T.R.A.C’s hip hop flow: he is definitely my favorite of the new vocalists to come through in the scene.

This track is a dream, it’s back to the days of a stripped back simple track. This track has so few elements but it full of emotion. Those producers that cram every possible sonic element into their tracks need to take note of this.

Jaybee is another of the new breed of producers to look out for and this collaboration with vocalist and wife of Random Movement, Adrienne Richards is tight. Amazing vocals and thick rolling vocals – this is me.

DB: What FILMS you into right now?

I caught the world premiere of this at the East End Film Festival. In a similar vein to trippy movies like Upstream Color and Enter The Void the movie is much an experience of themes and visual emotions rather than a straight up A to B narrative. It’s a tale of memory loss & found truths where a drug cook tried to piece together events after waking up in hospital accused of arson but is suffering amnesia and is trying to track down a mysterious woman named Desiree. Sometimes films need to be experienced rather than have a simple narrative placed in front of you – this is one of those movies.

This is one of the darker movies of the summer season and is the neo-noir release of the year so far.

This is an ‘edge of the seat’ horror / thriller ride out of Korea based around home invasions. It had me jumping out of my seat.

This movie came out 10 years ago and kind of slipped under the radar of a lot of other Japanese anime, but is critically acclaimed as being one of the greatest animated movies ever made, it’s truly amazing and needs to be seen to be believed.

This movie has become a sleeper hit in the States going from being on limited to full release due to its popularity and it will be hitting the UK soon. Its set in the future following a nuclear fallout and all of the Earth’s remaining survivors live on a train travels around the globe.

This documentary is really compelling. Filmmakers examine a country where death squad leaders are celebrated as heroes, challenging them to reenact their real-life mass killings in the style of the American movies they love. The hallucinatory result is a cinematic fever dream: an unsettling journey deep into the imaginations of mass murderers and the shockingly banal regime of corruption and impunity they inhabit.

DB: Is cinemagoing in general better than it was in recent times? As in people rediscovering it as sick of staying in and streaming? I feel it is, and that blockbusters are getting the balance right. Plus of course more ‘fringe’ stuff.

T: Cinemagoing is definitely beginning to change for the better but rather than being because of people being sick of streaming its part because streaming platforms like Netflix have opened the gates to the variety of movies that are available of the public and its having an effect on the sort of films that are being released leading to films more on the fringe getting larger cinema releases.

We are finally beginning to come out of the 3D movie fad and rather than using it for the sake of using I think we’ll see directors using it to true effect – this will truly happen when the independent movie market embraces 3D.

I saw a independent low budget Korean 3D movie a few years back and it was the best use of 3D I have ever seen.

Streaming sites (and to be a little controversial torrent sites) have really opened the public’s knowledge and access to more fringe cinema. Movies like Cold in July, Under The Skin and the 100-Year-Old Man Who Climbed Out the Window and Disappeared wouldn’t get such wide cinema release if similar films hadn’t to some degree being put in the public consciousness through streaming.

The biggest example of this though has to be Snowpiercer which was put on limited release because of arguments between the studio and the director after they cut over 40 minutes from the movie, but then allowed the full version to be released only limited release. It’s been through people power who had seen the full version from the Korean / French release on the internet and made the demands that it be released in full that it actually got released in full rather than be cut, and now the film has been extended to its full release through popularity.

Regular cinema going is getting more expensive – a ticket at a chain cinema together with a coke and a popcorn will set you back over £20 in the West End, but independent cinemas are on the growth as well as cinema popups and companies like Secret Cinema doing some special things. The number of cinemas in town at the moment that have amazing bars or are part of wider complexes are on the growth and this is also causing a change in the variety of films that are being shown – cinema is adapting to something that is more social nowadays – it’s a good thing.

Check Tendai at Swerve, see below.
Images of Tendai by Rachael Sanchious 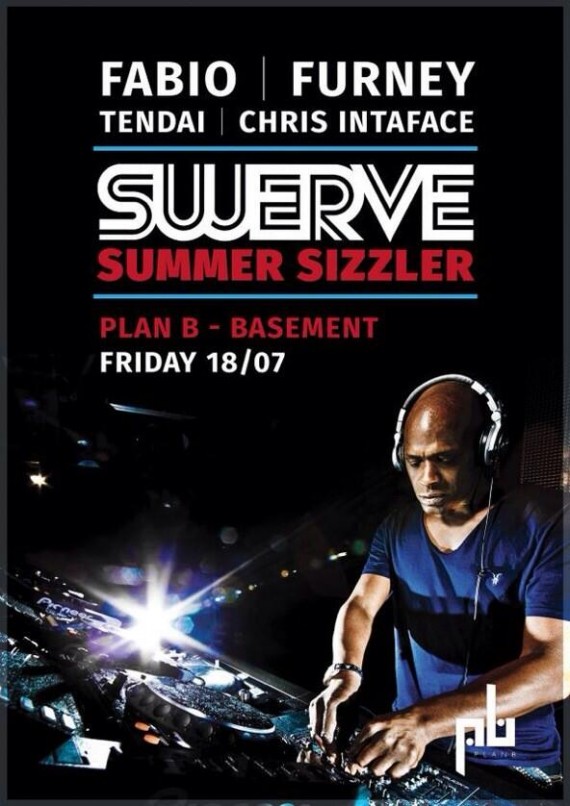