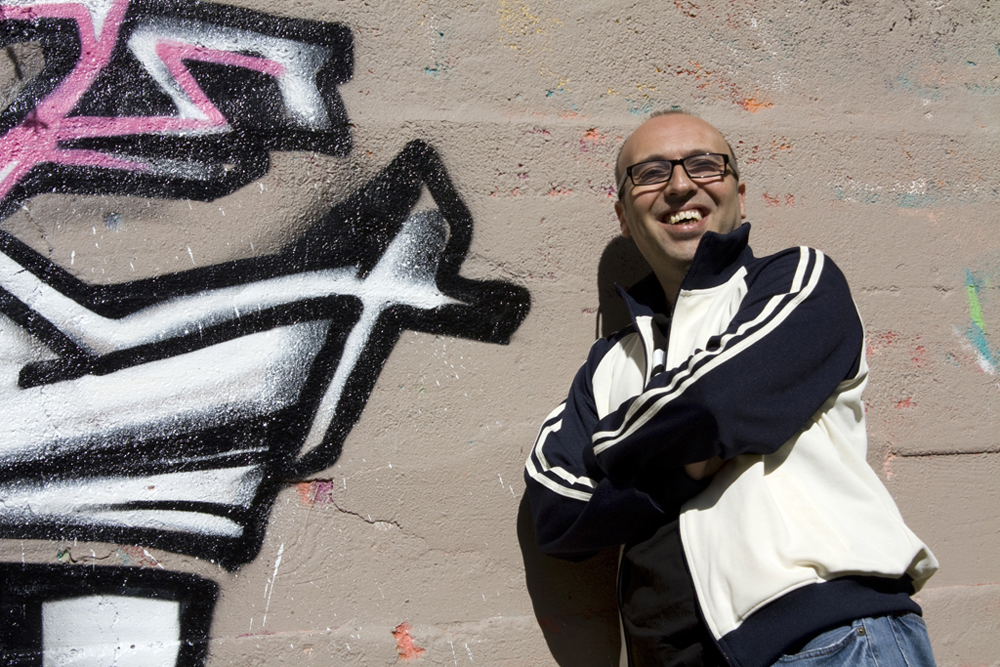 Richard Close spoke to Spirit on the eve of a special Horizons night at Dukes in London. See at end for details.

If you could work with one producer and vocalist outside of D&B who would it be?

Producer-wise it would probably be out of the original Detroit electronic pioneers, Derrick May, Juan Atkins or Kevin Saunderson. I’d take any of them. It would be impossible to pinpoint one. Vocalist-wise it would be easy so pick someone naturally sweet and soulful but it would be interesting working with Beth Gibbons or Macy Gray with their unique styles.

Who would you like to work with in D&B?

There are lots that would offer something different and I’m planning on more collaborations soon. Digital and I have just been doing some work with Response, and we’re putting the finishing touches to some tracks with a certain duo with whom a colab is probably way overdue. There’s also music on the go with Gremlinz and Ink so things are quite busy on that front but If I had to choose one artist it would be Marcus Intalex I think.

What was the best or most memorable gig for you?

Hmmm.. Well, I’m into my 27th year of Djing now so there’s a lot to choose from. Probably wiping out The End Club at a Renegade Hardware night with the debut of ‘Redial’ that I’d finished at 4am the night before. Being at Glastonbury for the first time last year was something that’ll stick n the memory. Just the overall vibe of the place, the setting in Block 9 and the fact it’s so iconic.

Outside the studio, where could we find you?

Probably watching some old horror or thriller film, though not exclusively.

When do you feel most Inspired to write music & what gets you in that mindset?

It’s mostly the music feeding off itself, whether it’s after a gig where I’ve just heard a lot of good music on a system or if I’ve just heard track that really blows me away. From there you can get on a roll… working on one track and then another idea might sprout from it… It’s hard to just sit there and try to get into it when the vibe isn’t there.

How do you think The D&B scene is at the moment?

It’s interesting at the moment. Some really good music and more of an ‘anything goes’ attitude coming back into it. If there’s any gripe it’s probably that there’s too much fracturing/camping off musically. You might hear a solid hour of neurofunk, followed by a solid hour of sparse beats and half stepping, maybe followed by another hour of a different style but not much variation within the different sets.

How has your relationship with Horizons been?

I’ve had a good relationship with Horizons over the years. They’ve always been committed to releasing quality music, stick to their guns and keep up to date. Look through their catalogue and you’ll find a number of key artists. I think the fact that I first worked for them in 2006 and here we are again eight years later speaks volumes.

Catch Spirit as Horizons Music returns to London @Dukes nightclub in Shoreditch along with Break and Hydro. 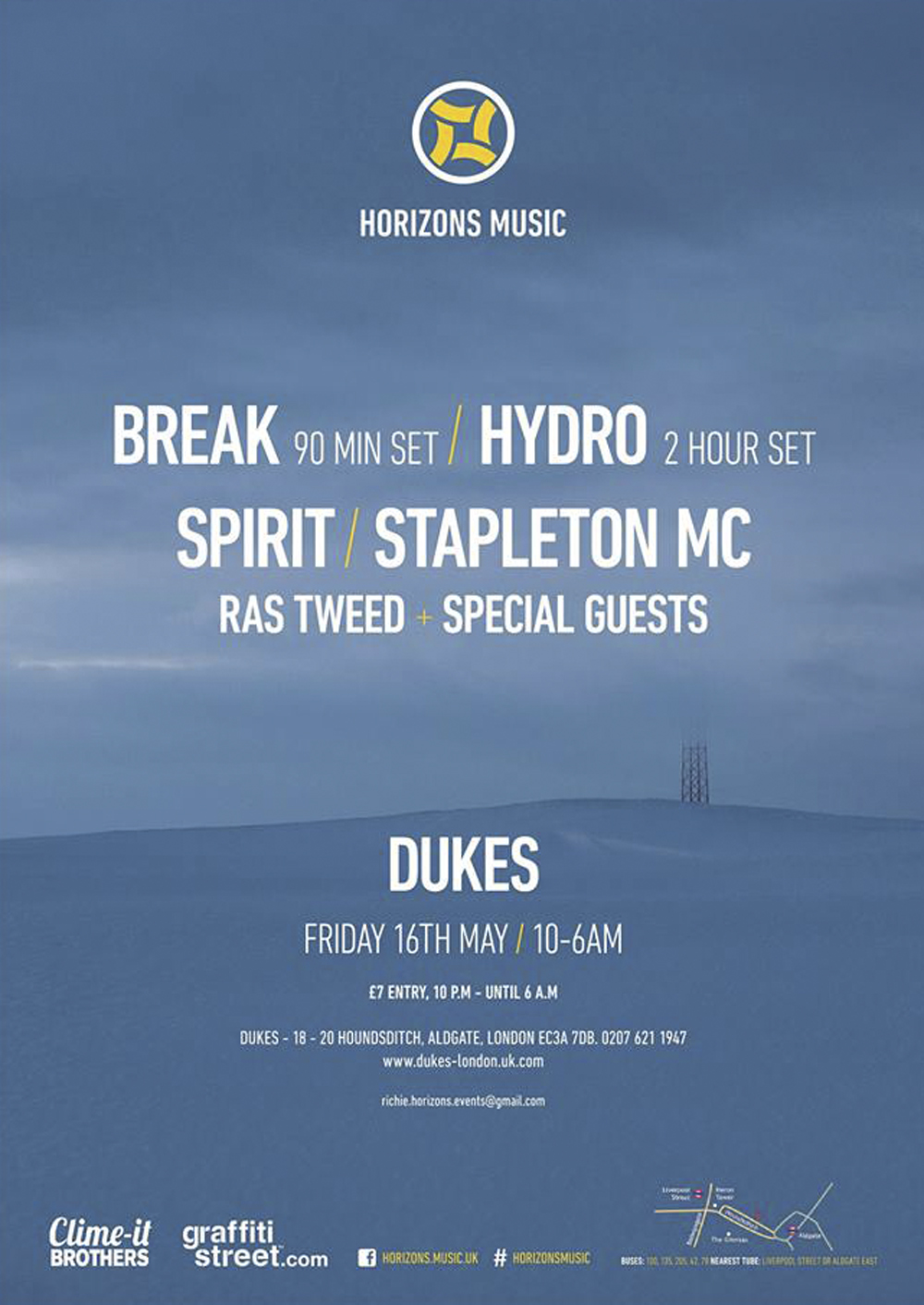