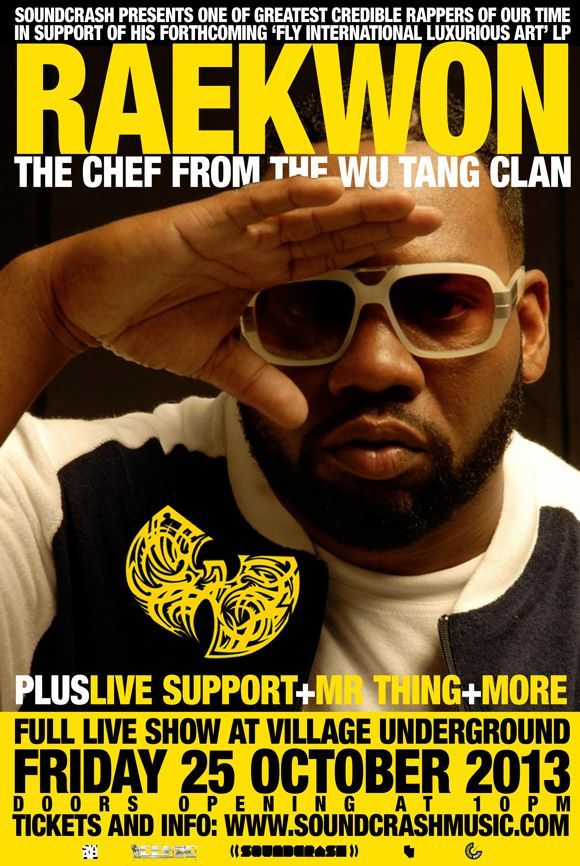 The Chef is usually a performer to thousands in the crow, but on the 25th he comes to Village Underground for a highly anticipated and incredibly intimate performance.

This is a good year for hip hop… Raekwon’s first full-length solo effort since 2011’s critically acclaimed Shaolin vs. Wu-Tang, Lex Diamonds. Don’t miss out – Raekwon is back with a vengeance…