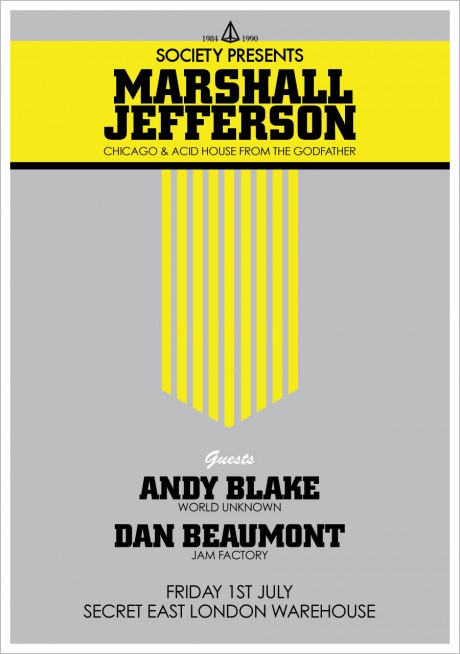 SOCIETY are back and this time they put on a beast on an event with Marshall Jefferson headlining with Andy Blake and Dan Beaumont playing alongside the main man. Friday 1st July, sees the party take over in a secret(!) Shoreditch warehouse, the location being revealed on the site.

SOCIETY is put together by Offset Festival, We Are Not A Rock Band and Class of 808 – burst into London for its first event in April, taking over a 19th century ironworks warehouse and transforming it into an all-nighter unlike anything seen since 1990.

For further information, head over to the SOCIETY site.