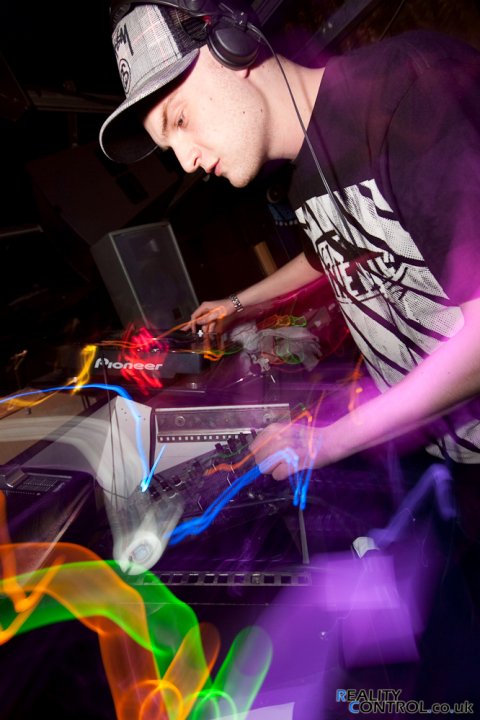 Time to talk to Shookz

Damian B: So how would you describe your sound, what you do?

Shookz: I think it’s hard for any producer to describe their sound because music’s always evolving but I’d say I make a blend of grimey, growling, blissful rollers. Sometimes fierce, sometimes fun. I like using samples from films to help build up a nice atmosphere in my tracks.

I’m into the full spectrum of Drum & Bass and I like to mix it up when I’m writing tunes.

DB: Tell us where you’re from.

S: I come from Derby in the Midlands, it’s a small place, ha ha. The scene in the Midlands as a whole is really good and there’s some great events in Birmingham and Nottingham.

DB: So what sort of stuff in D&B did you hear that made you want to get involved in the first place?

Something else I’ll always remember was when i was about eleven and at school. At the end of the month they’d let people take it in turns to do the music at some party. Me & my mates dropped ‘Incredible’ as well as ‘Super Sharp Shooter’ from some tape which my mate borrowed off his cousin, ha! Totally fresh at the time.

DB: What releases we expecting?

S: At the moment I’m building up a batch of tracks. I have alot of support from a label called Else Recordings; I’ve had a couple of releases with them and we’ll be sorting the next one soon. My site (below) gives more details on the digital front.

Also look out for collabs with Devize on Advisory Records and Krookz Inc.

DB: And what’s a dream collab for you?

S: Ohhh that’s a tough one because there’s so many good people I’d want to make a track with! If I had the chance to I’d collaborate with S.P.Y, Katy B, Roni Size, Mark Ronson & Kurt Cobain to name a few. I like my collaborations… it’s good to bounce ideas off each other and if you’re working on music on your own all day, every day it gets a bit lonely.