Shapeshifter vs The Upbeats ‘SSXUB’ interview 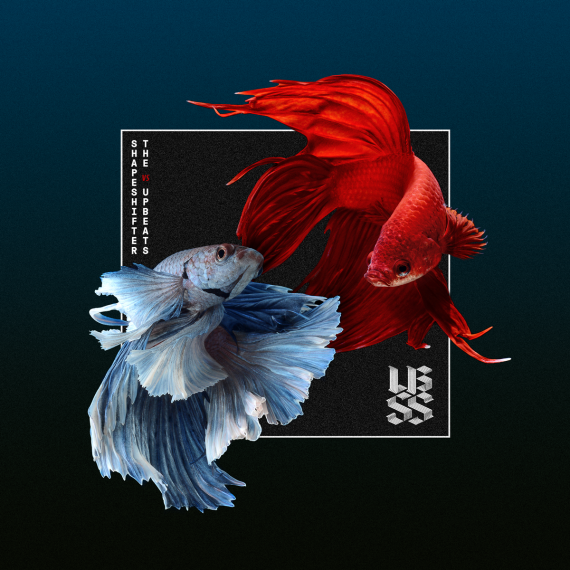 DB: How has it been this year? You sound as bloodthirsty and as on fire as ever.

SU: Yeah, this year certainly has been a busy one! We’ve been to Europe on tour twice, playing clubs and festivals, and made our first landing in Canada which was super cool. There has been so much more travel also, finishing the EP was managed somewhere in there too ha ha.

DB: Speaking of blood, tell me about the creation of ‘Bloodstream’ and why the title? Can you also tell me how the vocal arose, was it a ‘one take’?

SU: ‘Bloodstream’ existed in quite a different form for quite a while. It was sketched out in the initial writing sessions, and we recorded the vocal, not in ‘one take’ but more like three, recording it in sections. P Digsss had a pretty clear intent on this one right from the start, so the recording process was pretty straightforward. I suggested some harmonies and boom, it was in the bag.

The beat itself seemed to be lacking something though, and it nearly didn’t make the EP, until one day while we were on tour in Japan, the Upbeats had taken a chainsaw to it in their studio and sent it to us for feedback.

The feedback was ‘FUCK YEAH’ as I recall ha ha. There was a lot of work put in on the vocal during the breakdown which was killer.

DB: Can I ask about that fantastic art?

SU: Our boy Micah Sargisson handled that one. He has pretty much been responsible for all our artwork for the last couple of years. After a talk about the EP, hearing the story of its creation, and listening to it, he came back with some ideas. The fighting fish were a standout.

The dichotomy between the beauty of the fish, and their fighting nature was a cool idea, somehow captured in the image.

DB: What did you want the ep to SHOW about you guys… it’s a condensed, distilled experience I feel.

SU: I feel each song is a strong representation of a different vibe. We wanted to present only ideas that had nuts in terms of their unique identity. There are no album fillers on this EP.

From Shapeshifter’s perspective, working in this way with the Upbeats was freeing in the fact that we weren’t feeling bound by a weight of expectation correlated to our previous releases. This was seen as a new entity and as such a chance to be 100% dance music format, ‘DJ Friendly’ if you will. Having said that, we did want to full on those boundaries a bit, and inject some moves that aren’t in the playbook

DB: Big question: with the two camps coming together to collab on this HOW many of you were involved in the creative output?

SU: Pretty much there were three or four in total at any one time. There certainly were some lively debates! Maybe even some studio sulking lol but at the end of the day we are all very happy with the tunes and I think all of us learned something new and explored places we haven’t been before.

‘Solitaire’ was one of those tunes which went through a few incarnations. Reno, Wolf and myself were all really feeling the vibe of it, it had a really different groove to the original beat that we thought was dope and fresh. When Snake heard the bounce over in London where he was touring he was like ‘nope, the whole drums need replacing.’ We were like ‘fuck that guy! Mr Drums eh??? PFFFT.’ In the end we let him attack the drums and the track went through a whole downbeat phase of its existence before coming back around to the more Jungle side of town for its ‘big reveal’. I really like the tune now.

DB: What’s happening on the live front… will the two groups get together on stage as it were?

SU: We already have been! The Upbeats actually filled in for one of the guys on keyboards and samples a couple of months ago at our show in London. It was so much fun… but I think the future will see a different kind of live collaboration between us. Stay peeled

SU: Tobi at Defnative for our incredible Bloodstream video! Dude, you need to get out of the house more often ha ha.