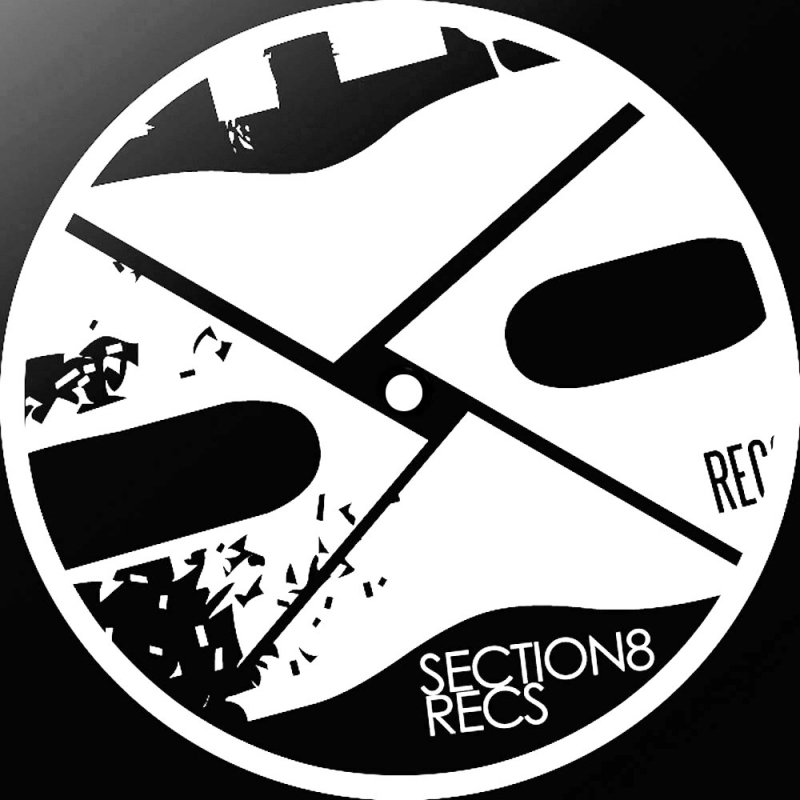 Section 8 is based in the States, has recently released the gnarly ‘Future Darkness’ ep and specialises in the heavier end of the spectrum shall we say. We spoke to label boss Michael about all that, the use of the term ‘dubstep’ and running a label.

DB: Hi Michael. I really enjoyed the Future Darkness ep (see below), it’s varied. So what’s your main love may I ask, is it D&B?

S8: Drum and Bass all the way! I’m playing all kinds of stuff though… from glitch, downtempo, ambient to heavy dubstep. And D&B.

S8: Many of the shows here are quite big and happen at actual venues rather than clubs. Sometimes we even have events in our downtown government parks and even in the streets. Venues like Cervantes Masterpiece Ballroom have two or three dubstep shows every week. Also places like Ogden Theatre, The Fillmore, and Bluebird Theatre have concert style dubstep events every month or so. One major venue we have here is called Red Rocks, a huge amphitheater that’s nestled in between some mountains. It’s quite a mesmerizing place!

… The club scene is also quite strong. Denver has three or four major clubs. Beatport is headquartered here and has a spot in one of our clubs downtown called Beta which was voted number one in US and number fifteen in the world this year.

DB: Just want to put this to you… I feel that D&B carries on regardless, but dubstep has become this lazy term overused by the media. I don’t think it adequately describes the music it encompasses. What are your thoughts?

S8: The word dubstep is kind of just defining a trend in my opinion. I mean once in a while I’ll hear an old song on the radio or some obscure track from like the late 90’s that has the same beat and tempo as dubstep, but they didn’t call it dubstep back then.. I think it was just listed under ‘electronica’. So now all of a sudden this particular style has blown up so it has to have it’s own identity, hence ‘dubstep’.

What is more annoying is that people define a genre by the most popular STYLE. Right now the trendy thing is the ‘filthy’ sound, and to clarify I’m talking about the screaming lazer bass synth noises such as you find on labels like Ultragore, Mau5trap, and PlayMe. So now, since we don’t focus on that kind of sound so much, we get these annoying youtube assholes commenting on our tracks saying ‘this track needs to be more filthy bro!’.

DB: I do like the term ‘lazer bass’, never heard that before. Lazer Bass.

Also not helping is that 70% of all tunes coming out sound the same. No wonder why the public has this idea in their mind that this is what dubstep sounds like…

DB: Your label has a pretty hefty back cat (check here) What sort of stuff is nestling in your collection? I mean, could be some old Pavement records or some Aerosmith or something. Go on, have a rummage. What’s in your vaults?

S8: My vaults have been purged so all that remains is an old Rob Zombie remix CD.

DB Great list. Can you make a living out of music and running a label? I mean with the internet there’s a global market and unwavering demand.

S8: The demand might be unwavering but the music industry as a whole is unrelentingly competitive and saturated. A deadly combination.

S8: If you’re considering starting a label these days, you better have a really good plan and determination to promote it. It’s definitely not a low maintenance venture.

I myself am launching an app to help other labels do what I have done. I have automated much of my promotional tasks and administrative tasks and created a uniform interface for it.. I just need the time and funds to polish and launch it for users to sign up.

DB: What about submission guidelines for new artists… I read that you don’t want ‘cheese’ when people are submitting demos. And what if they are still on the learning curve?

S8: It’s kind of annoying if I don’t know the person and if it’s not something we can release because then it’s a waste of time for us. I mean I’ll definitely hear the potential in any recording, but to send something like that to us implies they want feedback on it, which also implies they want us to spend time to help make the track right. Producers need to be self -sustaining in this small niche industry & learning the ins and outs of all their software is essential.

S8: One or more of these actually have smashing window sounds in them