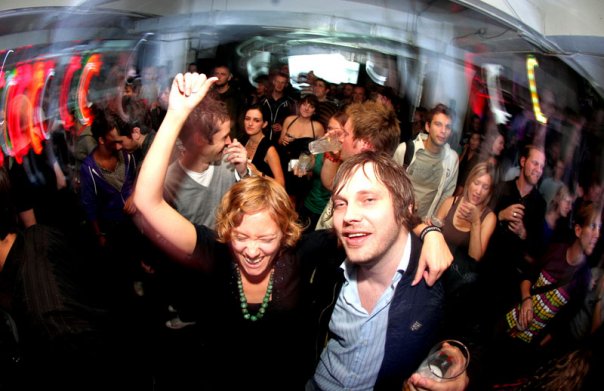 San Miguel Hidden Depths returns this summer with a series of five one-off music and media events held in London and Manchester.

San Miguel Hidden Depths promises to provide curious guests with a rare insight into the musical and visual inspirations of its diverse range of hosts.

Each unique event is curated by a different guest host. Full details of the artists and musicians invited by the hosts to perform will not be revealed until the nights themselves but we’ve been allowed to announce the host line up as follows:

Wall of Sound’s visionary founder Mark Jones will be taking control of the line up for the launch night, so it is likely to include Wall of Sound label talent as well as Mark’s own friends and musical heroes.

Hot on the heels of the launch night, Belgian DJ duo The Glimmers will be heading to Joshua Brookes in Manchester on 10th July to host the second event in the series, with rumours already circulating of a legendary hip hop pioneer making a special appearance on the decks.

San Miguel Hidden Depths then returns to London for the remaining events. Giles Smith and James Priestley will be taking a break from hosting their infamous Secretsundaze parties to bring their trademark underground techno, house and disco sound to T-Bar in Shoreditch on 31st July.

Next up, electro-funk duo Chromeo will be leaving their respective bases in New York and Montreal and inviting their friends and inspirations to join them at The End / AKA on 21st August.

The final event for this year will be held at The Amersham Arms on 18th September. With a line up led by It’s Pop It’s Art – a unique collaboration between DJ and designer Fred Deakin’s design company Airside and EMI Records – guests can expect an audio visual treat, as It’s Pop It’s Art has been responsible for creating visual cover versions of some of the most important songs in pop music.

“Aimed at people who like to look a little bit further, San Miguel Hidden Depths is a series of unique collaborations between San Miguel and the guests invited to curate. As these hosts choose their own line up, there are sure to be plenty of surprises on the night!”

The full line-up for each 2008 event will be revealed on the night.

You can register to win tickets, find out more about the other events, sign-up to the newsletter and access exclusive material at www.sanmiguel.co.uk