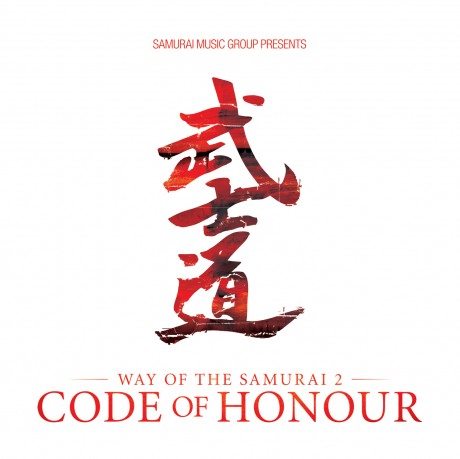 Samurai Music has just released the ‘Way of the Samurai 2, Code of Honour’ album so caught up and talked about it.

DB: Hello, the ‘Code of Honour’ is a huge album. How long has it been in the works and how does something of this nature grow?

S: I think maybe 6 months? The first tune I signed for it was Clarity ‘Cold Blank’ and that was the seed that grew the compilation. It usually all starts with one tune that I sign and I have to find a place for it. I had been thinking about a new compilation and once that tune was in place everything built from there. It kind of grew naturally and I wanted it to be the best of all the styles I like with equal parts lesser known names and established people.

DB: Speaking of people, is it symptomatic of a group people in a similar mindset?

S: Like a disease? Ha ha. I think the running theme is the ‘Samurai Sound’. A lot of people have commented to me that it has that classic DnB sound updated running through it, and I think thats what everyone has in common, a deep respect for the golden years of Drum and Bass.

DB: You have some killer ‘known’ names but tell us about some of the newer names on here.

S: Paragon is from somewhere in the UK, I actually don’t know where tbh. I have met him once briefly but mostly we have communicated online as per most conversations these days. His ‘Heirship’ tune is one of the most seriously pitch black tunes I’ve heard for a while. I like to picture a crowd that could handle that and love it at 5am or something, it would be a rare occasion as there is no light at all in that tune, but it’s a vibe for sure.

Subtension is a massive talent from Slovakia, again a young guy who is intensely focused on fine tuning his dynamics and sound with a great unique twist. Each tune he has sent me has a different vibe but they all sound just like him already, and thats not always the case with young producers. Also a talented man with a film camera, he did the video for ASC ‘Blurred Pictures’ for us.

Dally is from the UK but lives in Spain now I believe. Someone I have been talking to for some time and always wanted to work on something with. ‘General Sherman’ was originally a vinyl track but the poor guy got burgled and lost everything so we were unable to get the original WAV to tidy it up for vinyl mastering which is slightly more demanding than digital mastering. Talk about bad luck! Still he’s back on his feet and working on music again, and is a very versatile talented guy. Can’t wait to hear new stuff from him.

Mercy is one of the people I feel is one to be watched closely. A young guy from Auckland, New Zealand who has been working hard on honing his skills and is progressing very very fast. It’s a bit scary to watch how fast he has become a formidable engineer and he is very passionate about continuing to improve. I’d say some of the bigger name producers will be watching him very closely soon.

There’s loads more I could expand on but most of the guys on there are not such new names, they are all amazing though.

DB: What DJs are behind this sound? In whose sets will we hear it?

S: Loxy, Doc Scott, Skeptical, Clarity, Pessimist, Tokyo Prose, me. There’s a lot. If you keep an eye on any of them I would say you will hear a lot of what we like

DB: If I wanted to get involved, where would I go to a night to hear this stuff?

S: Anywhere that would have us! We had a Samurai party last week in London at Cable/Relay and the line up perfectly repped the sound I want to and it was a success so yeah, anywhere there is open minds that want to hear something slightly different. I think what we do is slightly different to any other night in the way that we combine DJ’s. Book us and see!

DB: And what about radio/broadcasts, are there ones we should look out for, to broaden the knowledge and lock down on?

S: The two I feed our new tunes the most and who rep the best for my opinion are Loxy & Doc Scott.

DB: Before a random film/TV question, what else would you add about the comp?

S: All the limited vinyl editions of the compilation 12″s are available now covering 5 virtues of the Samurai Code and we have teamed with Limited Addiction to make a unique ‘Code Of Honour’ T shirt with 5 years of Samurai badges, stickers, and hangtags. Grab it here. It’s incredible and is guaranteed to get you laid! That’s a promise!

DB: Give me Name 5 TV/film moments on your mind right now.

S: OK:
– The car trunk scene in ‘Goodfellas’
– The scene where Sean Penn jumps through the window in ‘She’s So Lovely’
– The whole episode of ‘The Thick Of It’ where Nicola Murray gets fired.
– The ending of ‘True Romance’ on the beach after they have had their baby boy.
– Rutger Hauer in ‘Blade Runner’ as he dies, sad but beautiful

S: Here is a picture of my dog trying to drive my car. 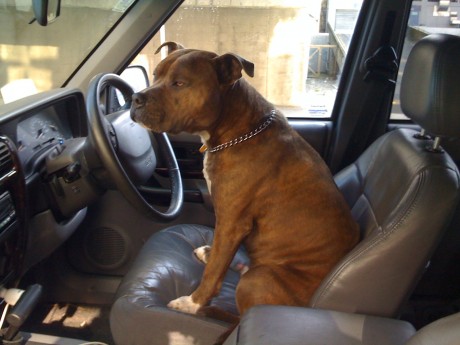