Samiyam at Stour Space, 19th May 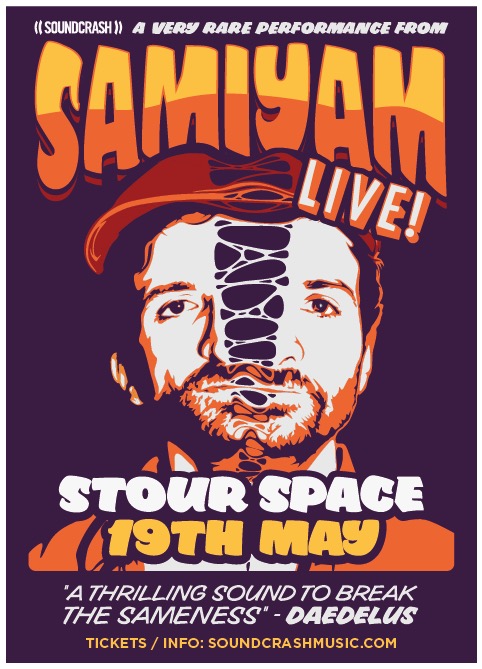 Live performances from the illusive beatmaker are rare. So don’t miss the chance to catch Samiyam on UK soil.. so don’t miss this as Soundcrash come true with a very special night at Stour Space in London on the 19th May.

Experimental beat pioneer Samiyam takes the legacy of all Detroit’s talented musical sons and daughters and makes Hip Hop beats filled with snippets of Soul, Funk, 70’s Italian horror flick soundtracks, Nintendo bonus level music, and 90’s Hip Hop. Somehow, with this much content, the beats still manage to sound gloriously minimal and disjointed. Fans like Benji B, Andrew Meza and XLR8R have been eagerly snapping up his tracks, as Sam freeze frames Electro energy and spits it back out as twisted future Jazz.

Samiyam gained notoriety as one of the first wave of artists to emerge from the LA beat scene championing wonky beats and reinvigorating hip hop to its core. Collaborated with Flying Lotus to release music under their now legendary FLYamSAM alias.

Now a lynchpin of LA’s vibrant electronic beat making scene, he is releasing his first new album in just over three years. Animals Have Feelings which is due to come out on Stones Throw on March 4th, will feature contributions from Earl Sweatshirt, Action Bronson and Jeremiah Jae.

“He’s a big part of my little universe” – Flying Lotus