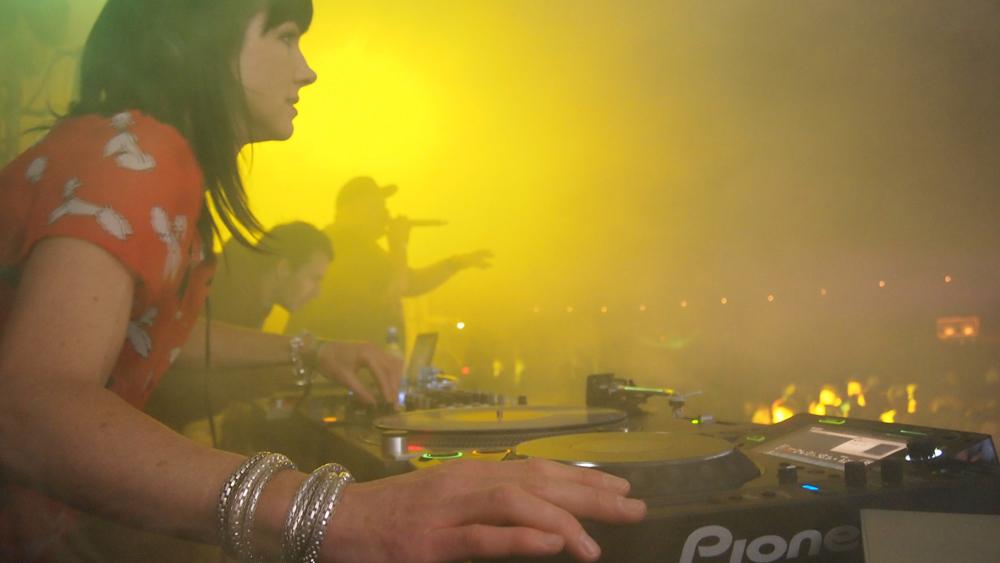 Ruffneck Ting was the stuff of legend: the packed & bustling Bristol jungle/D&B night. It returns on the 12th! Lineup details at end. There’s also an album, dropping next month.

Resident Dazee spoke at length about it to me. This is a fragment, and the complete chat will appear on the D&BArena very soon.

DB: The nights were famous for their intimate vibe, what’s some snapshots you have from the time? Any mental details…

Dazee: I actually painted all the backdrops myself and we used spend hours putting the damn things up. But it was that love, care and effort that paid off and the good vibes started from there. People also seemed love the fact we had Ruffneck The Dog captured on our flyers on his various adventures. Ruffneck (Muttley’s Cousin) was and still is the personification of the night and people seemed to get that. He was a cheeky, fun loving, lovable rogue. A junglist!

DB: What sets are you looking forward to on the 12th?

Dazee: All of them! Especially looking forward to Kenny’s bouncy jungle set, Randall for rollers, and our new blood Jinx and K-Jah bringing the flavour and vibe from the roots of Jungle but with all new fresh dubplate action!

Dazee: ‘Quest’ Shimon/Andy C. This evokes memories of Dreamscape and Universe as much as Ruffneck but “Night Flight” on the flip definately takes me back to Ruffneck at UWE