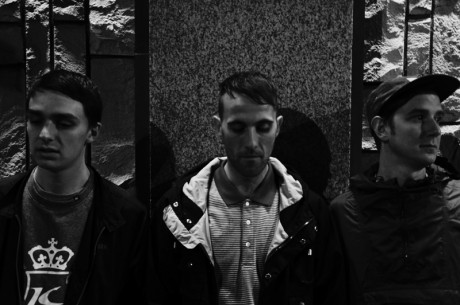 I caught up with Ruffhouse about their new material. Previous chat here

DB: Where did the latest batch come from? I want to be trapped in this world all night.

R: It’s just straight out the Ruffhouse. Trust, you wouldn’t want to be trapped in that world.

At the moment we are still trying to find our own sound, constantly experimenting with different ideas around the 170 bpm mark. There has been talk between us about experimenting at different tempos, but all that is just really ideas. One thing we can be pretty sure of is that what ever the tempo it’s going to be more on the darker, moodier side of the spectrum.

DB: What sort of music in general is finding the way into the pot?

R: Seeing as there’s 3 of us there is a lot of different styles of music finding its way but the main one influentially is the more industrial side of the techno scene. Artists such as Monoloc, Tommy Four Seven and all the CLR crew. Also a label that we’ve been really interested by recently is Lucy’s Stroboscopic Artifacts imprint. That label is really doing interesting things both with the music they’re putting out with artists such as Xhin, Sendai, DSCRD amongst many others, and also the way in which they are putting out there music with the Stellate boxset Series and the Monad Series. They really seem to be putting some thought and a lot of love into that label and are trying to do something a bit different.

DB: Bear with me with two ‘Eno-esque’ oblique production questions: someone challenges you to create a tune with ONE sampling device and a microphone, and nothing else: no samples, no instruments, what would you do? What would it sound like?

R: Funny you should mention that actually. We have started experimenting with this idea to get our own samples using just a field recorder to get sounds from interesting locations. We feel using our own sounds in our music gives us a feeling of originality. We’ve found that this sort of sampling is really good for more abstract sounds such as interesting hits and crackles to lay underneath tracks or to layer up with drier sounds to give them more interesting characters and textures. So if we were to make and entire piece of music using just these sounds then it would probably turn out quite an abstract ambient piece covered in crackles and strange sounds.

R: Again, it’s funny you should say that as this happens quite a lot when we’re in the studio writing tracks. Quite often the original idea we had in the first place has completely gone and we’re left with an entirely new sounding track. You’ve always got to go with the fresh ideas that come up, and with there being 3 of us there’s always plenty flying around. That’s how tracks develop and grow into bigger and better things. 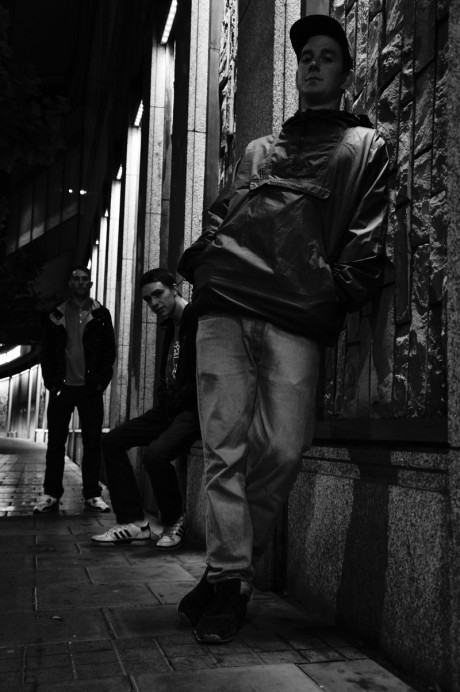 DB: So does your stuff sound best through studio monitors or via club PA?

R: Always through a club PA, that’s what we make our music for.

DB: If you could shoot a video and the budget was huge, not some ‘straight to youtube thing’ what would you do?

R: Not sure really but I suppose it would involve Sun, Sea, Sangria and a shit load of ladies in bikinis. Although Pessimist and Cooper do have girlfriends.

R: At the moment we are just confirming our 3rd single on Ingredients and then after that we will be working on our debut ep for the label. We have a lot of bookings confirmed though for the early part of 2013 so far in London, Cardiff, Cornwall, Poland etc. So really looking forward to that. If anyone is interested in bookings then please contact ingredientsrecords@gmail.com