DB: First things first: I have strong memories of Groove absolutely slaying The End with Mysterons. Ripping it apart. How did that incredible tune come about?

Rollz: I have my housemate Rich to thank for that track! It was originally just for a laugh but was one of those sessions where it just happened really. The sample is truly awesome, thinking about it. Maybe I should do a 2012 VIP…

DB: About you, it’s similar to what I said re Crystal Clear: I have this quite autonomous view of Rollz, quite faceless and intimidating…

R: That’s interesting, I must say I kinda like it like that. I’m not in it for the money or the fame or I certainly wouldn’t be making D&B! I want people to judge my music on the content, so that’s fine with me.

DB: What background do you have, how did you get into production?

R: Well I’ve just always loved electronic dance music! I love it all really; I’m a geek as well, so production is a nice mix between music and science.

DB: So what influences did you have?

R: I’m honestly influenced by anything and everything. I love all music with some thought behind it so I can be inspired by anything. If we’re talking D&B-wise I must say I absolutely love Culture Shock. I would maybe put his track ‘Rework’ at the top of my favourites. 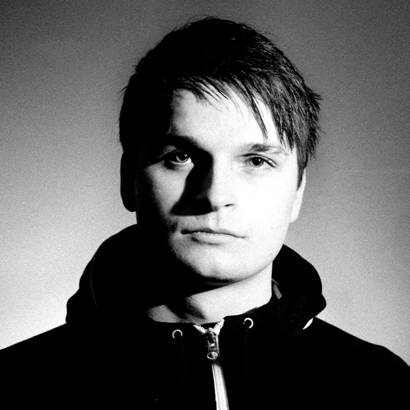 DB: Apart from your own killers what other secret weapons lurk… you got any tips?

R: I have an amazing piece of music from upcoming producer Dimension, it’s called ‘Children’ and I’ve been playing it every set, I love it!

In D&B I’d say you’re gonna be hearing some big tracks from Supreme Being this year. Other than that I’m really enjoying Xilent’s music, you can just hear he’s got that magic.

One artist I am digging right now is called Owsey and you should check him out!

DB: Back to specific tunes, another big one of yours is ‘Plugged In’… it has this ‘big’ vibe… was it made for big, frenzied spots in mind?

I like playing anywhere, it’s all about the vibe for me, I have played some big shows but sometimes when you are so far away from the people dancing to your music you feel a bit isolated, it is nice playing those dingy clubs where everyone is so close and it’s like you’re on the dancefloor with them.

Saying that I have been sent some crazy videos from my man Bassnectar who’s been playing his drumstep VIP of it all over the shop; it’s crazy to see it going off!

DB: I hope no crocs were harmed in the making of that vid… that’s mental! So what are you playing of yours that’s new, lately?

R: Right now it’s my new EP forthcoming on Pilot in the new year, more specifically a track called ‘The Music’, I’ve been playing it all last year and can’t wait for people to hear it in its entirety! J

DB: I note the Formation connection and anyone who knows their history will attest to the killers that SS has unleashed over time. I feel like you may have made the music that SS would have regarded as the ‘next level’ of the sound he loves and champions is that right to say?

R: SS is great, he’s a good guy and has a great ear for music. I really enjoyed working with him and his label and will still be doing bits here and there for him in the coming year. I can’t say exactly what I was aiming to make, but I did use to love the older-sounding Formation jump up style, like G Dub and Twisted, so it’s inevitable their sound can be heard in some aspects in my music.

R: Well I’m going to be taking it one step at a time, but I can tell you that in January I’m going to be releasing my new project ‘The Music EP’ which will be available on UKF’s label ‘Pilot’. I also have a track titled ‘Don’t You Know’ coming on Hospital which I’m really excited about…

DB: Was in touch with drumstep destroyer Sensai recently and you mentioned this style before… you into the drumstep thing?

R: Yeah it goes down great! Producers can play anything with bass these days so it works well. I’m definitely going to be writing more in 2012.

DB: Thanks, let it roll on!