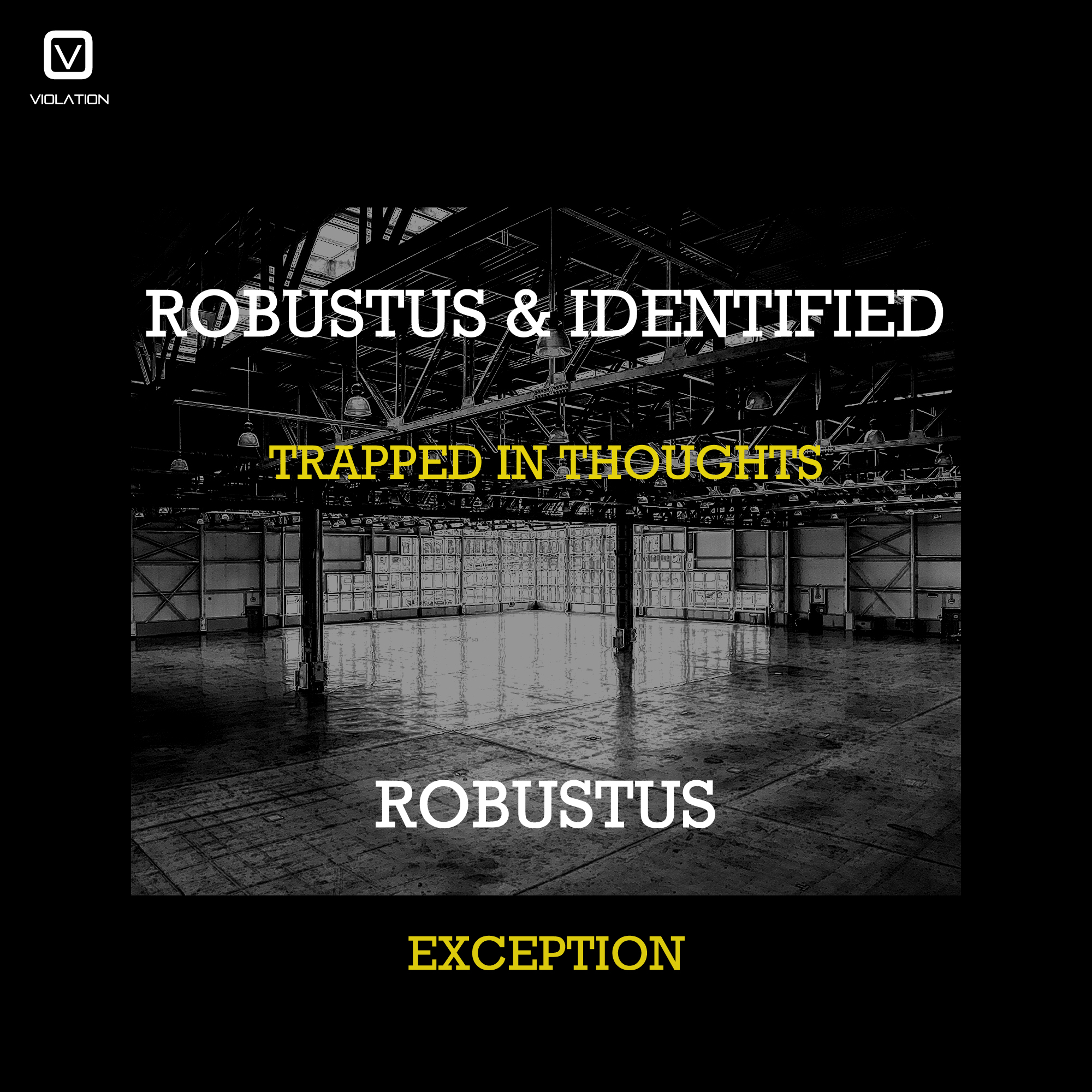 I caught up with Robustus & Identified as ‘Trapped in Thoughts/Exception’ drops on Violation.

Identified: Hey, my name is Mandy, I’m from Berlin, Germany. I’ve been doing vocals and lyrics for electronic music projects for about 4 years now.

Robustus: Hi, I am a producer from Sofia, Bulgaria and I have been producing drum & bass for the past 4-5 years.

DB: This release has been well received because of it’s deep vibe and atmosphere, so what do you yourselves like?

R: Deep and dark. Anything that is soulful and emotional as well.

I: Pretty much everything except Jump up and that commercial melodic stuff. I’m really into the more contemporary and experimental sort of D&B but I’m also very involved into liquid sounds as well as dark beats.

DB: And in general what inspires you, maybe five things each any genre?

DB: You’re a duo… do you work together in the same place?

R&I: No, we work remotely, but even though it’s hard we like the results. We teamed up for Trapped In Thoughts for the first time but pretty sure this won’t be our last mutual project.

DB: What sort of backlog of tunes do you have… is there more on the horizon?

R: I have a solid backlog on IM:LTD and recently released an EP on the dutch Syndrome Audio featuring a collaboration with the Swiss talent LaMeduza. More to come on IM:LTD. More news soon.

I: There are a couple new tunes with some wonderful producers from Germany, Slovakia and UK in the pipeline, also two duets with male MCs which I’m really looking forward to. I’m extra happy to be part of the new LPs by T:Base, soon on C Recordings) and Rowpieces, soon on Phuzion.

DB: What outlets of music do you check? What’s the sort of ‘matrix’ of D&B where you learn from?

R: I find soundcloud to be the best way to stay up to date with new stuff. I think Bassdrive radio is also a very good source of new music, DJs there always make the effort to feature fresh talent from around the world.

I: Agreed! Soundcloud is such a great invention. Some dnb radio shows also give you the possibility to stay in touch with people in the chatroom, and someone always knows the track ID, ha ha. But experiencing new tunes in the club also gives music a new dimension.

DB: What tunes from the past would you have loved to have been a part of in the making?

R: I’m glad to be here and now with everything we have available at the moment. However, I would really like to have been around the 80s and 90s when it was all about analog equipment. Music production then required more effort and in my opinion it deserved more respect.

I: I’m fascinated by the very beginnings of electronically produced music. People were going nuts from beep sounds that got looped on tapes or when a huge computer played a concert that consisted of randomly generated sounds! If I could travel back in time I’d love to witness these immense scientific achievements with my own ears and eyes.

R: Shouts to Caine from IM:Ltd, Marco from Triple Vision and to my whole crew at Future Sounds of Sofia: Smartech, Phirah, Presize!

I: Much love to all producers, DJs and artists I had the pleasure to meet and also to everyone who has supported me over the years. Special shouts go to my studio mate Schulle for his effort and patience!