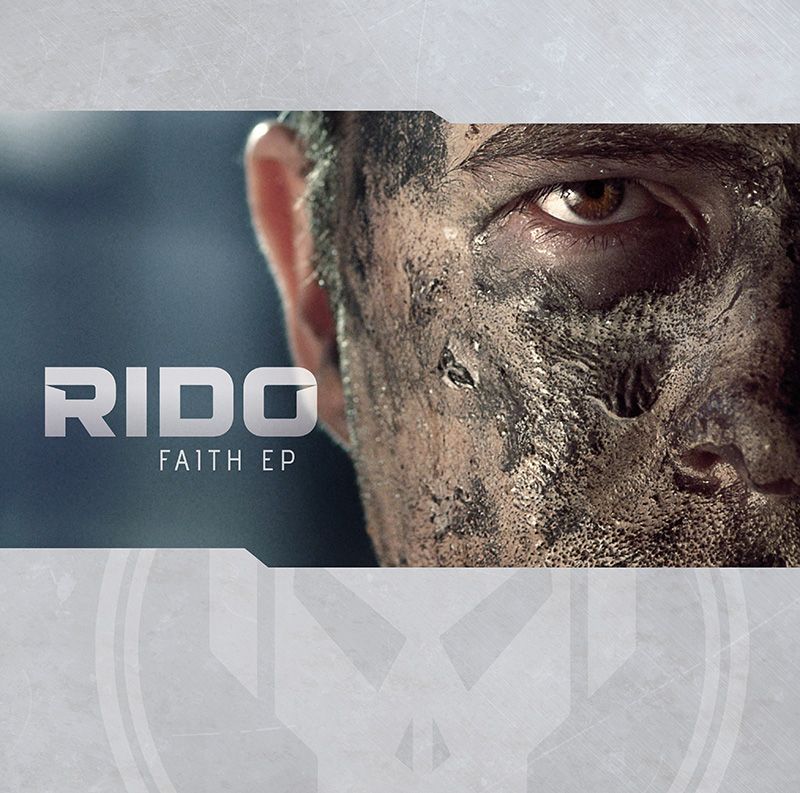 As the stainless steel-plated Faith ep drops on Metalheadz I caught up with Rido from his base in Prague.

DB: The Faith ep is very powerful, it’s very unique too. How long did it take to all come about?

R: The ep was evolving for nearly two years. I first had different tunes, but then I did ‘Cockroach Funk’ with Code:breaker and also ‘Back To The Future’ and we decided to put those there.

I wanted to make half-tempo track for some time, but as well I wanted to be a bit different. I started the tune with many drums, but I was getting rid of them as it went. Then, when the track was nearly finished I got an idea that it would be great to have a good vocal over it. I always liked what Code:breaker did so It was an obvious choice. I was really happy with what he did and then I changed the tune little bit more around the vocal.

DB: It sounds like you have a love of the actual tradition this music, of D&B: the choice of sounds, breaks you use makes me think that… is that right?

R: Well I love broken beats and pianos and strings and all that. So I tried to implement those elements into the tracks. I want to make music that you can enjoy at home as well as in the club.

DB: What era of D&B do you most like?

R: Mainly the early days, but I think that there are great tunes in any era. You just have to look for them.

DB: And the atmospheres you use are very strong, very ‘filmic’, very film soundtrack-y. I think of films sometimes from the distant past, sometimes not so distant. So what music inspires you from outside of D&B?

R: I’m happy that you mentioned film ’cause that’s one of my biggest influences. I love the possibilities to tell story with the music. I listen to many composers and I have recorded a lot of film music as well. Besides that I listen to anything that is interesting; it could be Robert Babicz, Daft Punk, The Prodigy or Beatles.

DB: And regarding films? What are some you like?

R: Bladerunner, Stay, Gattaca, Solaris, Catch Me If You Can.

DB: In my head when I listen to this ep I feel you have a big studio space. You’re based in Prague?

R: Yes, in the Czech republic. I have a one room studio. It’s not huge.