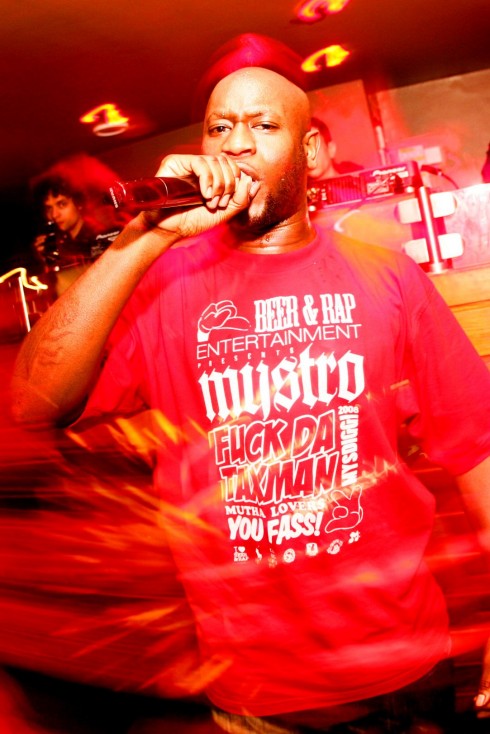 Mystro for people that don’t know he is one of UK’s true artists coming from the lair of Hip Hop. Hard working, independent Mystro is going to drop his Digmund Freud EP in September 13th under Don’t Biznizz and DJ Flip’s Self Destruct Music. His single ‘Around My Way’ is out now and getting a lot of attention. In the video Mystro shows us how much fun Hip Hop is and still has in him/her. Imagine Hip Hop a piñata it has been battered out with insignificant rhymes and left hollow. Who comes in Mystro to repair that and tape up the piñata with his meanifull rhymes and words which you will have to check your dictionary for. The video for ‘Around My Way’ Mystro gives us an effortless rap with Mystro the perpetrator taking it to the streets of London. History lesson, Sigmund Freud is best known for his theories of the unconscious mind which is defined as that part of the mind which gives rise to a collection of mental phenomena that manifest in a person’s mind but which the person is not aware of at the time of their occurrence. Mystro changes up the name to Digmund Freud and takes Sigmund Freud’s theories into Hip Hop. Digmund Freud being Mystro’s ego, both speak about the daily occurrences in the world right now. In ‘Merry Go Round’ Mystro wishes to talk about the children these days, the ‘so-called kids’, the ‘so-called leaders’, explaining that they are the future of us all. He goes on to compare the games we all used to play quoted from the song ‘Merry Go Round’ “Cops and Robbers, Cowboys and Indians, and he is a leader but it just so happens that he is in a bad mood because his butt is so nappy rashed got others thinking that its not really worth it so nowadays they don’t wanna play Doctors and Nurses. A loss of a purpose has got them bothered this creates more games like Cops and Robbers”. Mystro really shows his wit and that it is his nature to rap on a mic as he does so well in this eight track EP.