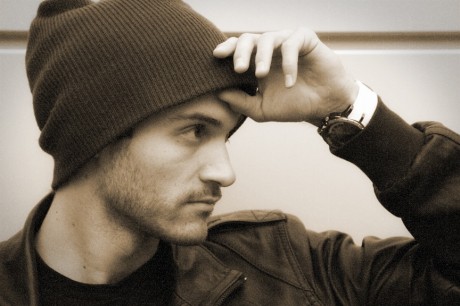 Rene LaVice chatted to us about the bulldozing, panzerbreaking ‘Headlock’, about his linkup with RAM as well as giving us a strong selection of stuff at the end of the piece.

Damian Bennett: Hello Rene. I love the Headlock. It’s a killer. Could you tell me about its inception?

RLV: Yeah the vibe on headlock is heavily inspired by a lot of beats which came out some years back. I’ve always appreciated the atmosphere and the rawness of stuff that came out on labels like Prototype back in the day. So yeah, I guess that’s what it reminds me of. I didn’t intend for it to sound especially nostalgic though; I more or less wanted to use that vibe to say something in a current context.

DB: How did the tune come about in terms of writing? It just knocked me sideways when I heard it.

RLV: It basically started with laying down some drums. I knew from the start how I wanted them to sound, and the rest of the elements were sort of crafted around that groove. I wanted to strip back elements and leave space so that everything could hit way harder. Creatively, I just wanted to sort of bash peoples heads in with something that had funk but was ultimately crude and mechanical.

RLV: It gets personal when I’m writing. I’ve had some serious injuries, the main one being a leg injury that always gives me pain, so sometimes I channel that through the music. It’s like therapy, you know.

DB: Totally. Is it a good example of your sound in general, for people new to it?

RLV: You mean is it a good Rene LaVice gateway drug? Ha ha, yeah I’d say so. My style is always evolving because I’ve always got new ideas that I want to explore, but there’s always a sort of quirky edge that’s consistent in my music. It’s not something I do consciously, but people can often pick it out. I guess my ear just hears things in a weird way.

DB: ‘Let Us Think’ is just filthy I have to say. So what sort of things are to be found in your sets? What sort of directions do you take?

RLV: It all depends on the vibe of the party. Sometimes I like to just let loose and throw down smashers, and other times the crowd feeds off stuff that’s a bit darker and rolling. I only play music that I personally feel strongly about though, so I really dig for as many good tracks as I possibly can. I also really like playing music that’s unreleased. Or even made specifically for that show.

DB: And can you tell us any stealth killers that will destroy any club?

RLV: Well they wouldn’t be secrets if I told you would they! We’ll yeah I’ve got a couple dubs of my own that I keep under my hat for special situations. Aside from those though, I don’t think I know another tune that slices up a dancefloor quite like ‘It’s Yours’ by Aspect & Gremlinz.

DB: Where are you based? What’s some more background on you, Rene?

RLV: I live in Toronto, Canada and I’ve been releasing and DJing D&B here for about 2-3 years. Early on, I sent a few beats to the CCDNB podcast, and DJ Kapulet, who was running the podcast said he was starting a label called Stride Recordings and would like to sign some of my beats. So I had a few releases with Stride and through that my stuff caught the ear of some other labels, and also Gremlinz, who I’ve collaborated with on a number of things. About a year later I was introduced to John Rolodex, who invited me to partner up on his label Machinist Music. John had a lot of confidence in my music, and pushed me to send stuff to Andy C. A few months later Andy C got in touch with me to say he was loving the beats that I had sent him and that he was playing Headlock in every set. So the opportunity to sign the tune to RAM came out of that. The tune was originally scheduled to come out on Machinist Music, although John graciously supported the decision to sign the tune to RAM, knowing that it was a great opportunity.

I’m grateful to all those guys for believing in my music and giving it a whole new life. I also want to give a shout to everyone who’s listened and supported my music on the internet, and shown up to events!

Anyway, stay up to date on all that crap via my new facebook page:

DB: Got some stuff for us?