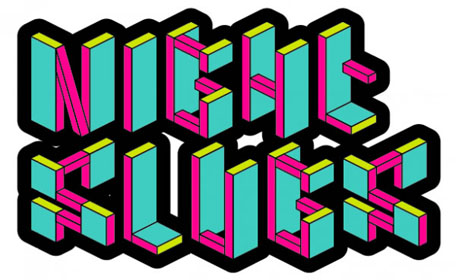 There’s a new show up on RBMA Radio from the Night Slugs crew:

“If you missed the anthems & refixes by Girl Unit, Egyptrixx, Mosca and Bok Bok that have dropped on Night Slugs, you were sleeping. Slugs do come out after dark, after all. L-Vis 1990 & Bok Bok’s label rose in record time from the UK nightosphere like a swarm of blackvelvet leatherleaf, producing a quality string of 12″s and a CD comp to across-the-board acclaim. Splicing electrified steppers, shimmering electro and vigorous sub-bass, the label sprang from the eponymous clubnight started only two years ago in London by Alex Sushon (Bok Bok) and James Connolly (L-Vis 1990) after they hooked up on Myspace. Bok Bok already had a solid grounding in sound system culture getting his interest piqued by a Slimzee mix in ’03, and then, as the grime scene evolved, shying away towards raw, upbeat grooves from further afield: from Baltimore breaks, to Detroit’s ghetto tech and the footwork/ghetto house hybrids in Chi-town, as well as South African arch riddim constructions. L-Vis 1990 started out promoting, DJing and producing d & b and breaks as a teen in Brighton. With a fresh sound and vibrant imagery that references mystic technology cults and secondary realities, Night Slugs is wholly representative of the current UK bass music landscape: fluid, jacking, and refusing to be pinned into any one genre box – like the slippery slugs they are. Follow that slime trail of glowing r&b, future garage and hi-tech house to the dancefloor. Label co-founder Bok Bok with a guide to the Night Slugs galaxy.”

Full tracklist and player after the jump…