DB: When is your music out man?

PRPLX: The album pt.1 will be released mid June and is distributed via clone & ST Holdings and will be sold in all the well known and local recordshops worldwide.

DB: Could you tell me some influences for your sound?

PRPLX: Sometimes I just see images in my head. It sounds really cheesy but that’s how it starts with me creating a track. Basically me and my production partner Deepflow just blend ideas together and see what comes out.

We start with cutting and layering beats and finding samples or create our own synth lines. We both have an interest in various music genres, either Reggae or Jazz, Detroit Techno such as Underground Resistance/Drexciya, or Chicago House/Trax Records and electronic music in general.

My parents listened to loads of things and I started to collect some jazz albums such as Herbie Hancock/ Headhunters, Miles Davis, Dennis Coffey and all those legends. Also I’m a big fan of the Fender Rhodes and in each track I want the Fender Rhodes ha ha.

DB: You have thought ahead about the way this all looks and sounds, re the mastering too huh?

PRPLX: ha ha, I did not think this right through but all in all it fitted nicely together. 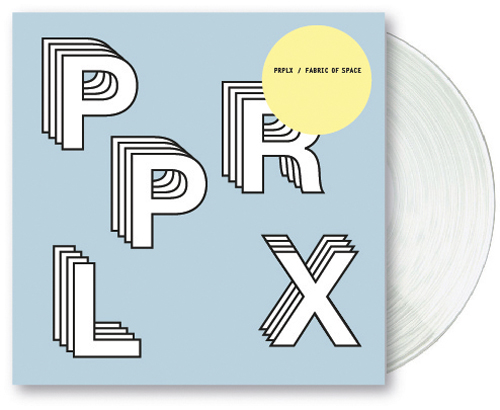 This project is like a dream to come true and doing the mastering via Metropolis London. Stuart Hawkes is a quality soundengineer.

DB: What clubs do you go to, and what clubs should we attend to hear this stuff?

PRPLX: There’s fairly new place in Rotterdam is called Perron, they have a nice Function One soundsystem and they organise some great D&B events, for example dBridge was nice to hear on a big rig. It attracts friendly openminded visitors. I also organised bigger Tempo D&B events in Rotterdam and also smaller ones in the bootlegdjcafe. Stuff like that is important too because you have to support your local djs & producers to keep the scene alive ‘n kickin’.

PRPLX: Only five….there’s so many great tunes out there, it’s hard to pick but okay, here’s the ones that come straight into my mind!
‘Circles’
‘Terminator’
‘The Drumz’
‘Burial’
‘Ni-Ten-Ichi-Ryu’

DB: Name one killer place to eat, either near you or abroad, on tour, anything day or night.

PRPLX: Nearby it’s a place called ‘Nok Noi’ Thai Restaurant just around the corner, very addictive, in London ‘Cafe 1001’ for the vibe and BBQ. The best place I guess so far was in New York called ‘Spice Market’ while I went there for DJ gig.

DB: I am asking this a lot: if you could be fly on wall for ANY studio session in history, which one and why?

PRPLX: I guess a good old fat Acid House studio session with Ron Hardy! Such a hypnotic and unique acid sound and Ron Hardy is a ‘Visionaire Extraordinaire’… quote of the day, from me! but I also like the fact that sounds come from a computer or hardware machine and by tweakin’ knobs create a whole new & unique sound. Which years after can be described as Acid or whatever. Technology moves a particular sound forward but of course it’s people that are creative
and who make things happen at the end.