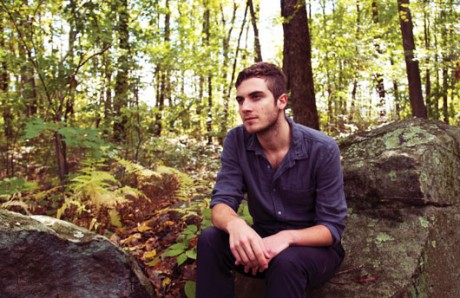 Nicolas Jaar returns to London, this time with Acid Pauli and Soul Keita for a show at The Roundhouse in Camden.

Mr Jaar has just appeared in Rough Trade’s end of year chart for the second biggest album of 2011, as well as reaching no. 4 in MOJO’s electronica albums of the year. This appearance will mark the end of the “Don’t Break My Love” tour and also for his brand new live show.

The gig at The Roundhouse on February 2nd will be a showcase for Clown & Sunset – a music company for Jaar’s most intimate work as well as the debut of some of the more innovative multimedia works that will be released through Clown & Sunset’s parent company, CS Aesthetics (CSA).

Soul Keita, one of Clown & Sunset’s founding artists, comes to London to premier his new live set. The twenty-year-old Ethiopian musician and painter recently relocated to Paris from his hometown, Addis Ababa, where he is composing new music and developing visual art. Nico, Soul and Acid will be curating the Roundhouse on February 2nd on behalf of Clown & Sunset and CSA.

The converted industrial factory offers an even bigger stage for the team to expand their collaboration and culminate the European leg of the “Don’t Break My Love” tour. The Roundhouse is London’s oldest and most revered live music venue. Transformed from an old steam engine repair shed to a now legendary cultural venue, the evenings event will see the three youngsters stepping onto the same stage as the likes of Bob Dylan, David Bowie and Pink Floyd.