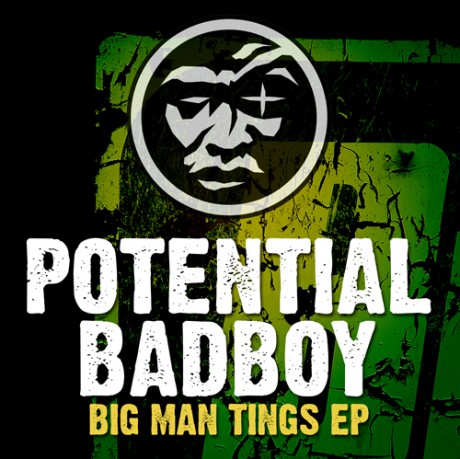 Potential Badboy is about to drop the ‘Big Man Tings’ ep (out Dec 3) and was recently Friction’s Fire track, so we caught up and talked about D&B, touring and his signature sound.

DB: When I think of you I think of a sound that goes the entire way back. You never stop activity-wise, is that the case?

I’d done a lot of travelling over time. Some people can do it: Hype can. He’s been doing it for a generation now. He’s not tired of it. For me, I’m more of a studio person.

DB: That surprises me and leads me to this point which is a hard one to make: when the music sounds this good, this fresh as is the case with the ep, it’s usually because it’s come straight from constant touring, from you gauging the crowd. So it sounds like you’re out there all the time.

PBB: Well I do play at Playaz almost every month. I like that club, I can test my tunes there. The vibes come from nights like that, and I incorporate that with what I do. That sort of thing has lead to what I’m creating at the moment.

DB: So what in general inspires you to create?

PBB: It’s the ravers. When I see how people react to certain tunes, that gives me inspiration. There’s certain Shy tunes I play in my set, certain Hazard tunes that inspire me, plus outside all that is what I usually listen to: the reggae, rare groove, they’re timeless music. That’s my vibes.

DB: Friction picked up on the new stuff on his Radio 1 show and straight away when you hear it, it comes across: the sound is evergreen and totally unique as ever. It’s crazy that it may be new to some.

PBB: I just make music. I stick to what I do and try to do what I do best.

DB: With the ep I don’t want to talk about tempo as such but I thought there was a change in the flow, the flex of your sound…

PBB: It’s the same tempo. Put it this way, there’s people I know who are into Dubstep, and I don’t really want to do that. It’s growing fast, it’s international but I don’t want to leave D&B and Jungle: that’s me. I want to create a style which… it sounds slower, it will hit a wider audience. 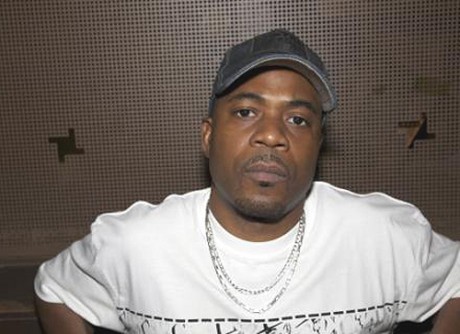 DB: I thought that you were bringing out out a different vibe from the music: the tunes stand out. They always do though as no-one produces like you.

PBB: Is that in a good or bad way?

DB: A good way. In a set I totally know your tunes, older ones, fairly recent too, ones like ‘The Real’. Speaking of which, over time which tunes of yours are you the most proud of?

PBB: ‘Lock Em Off’. Personally, I thought that tune could cross over, but then there’s the lyrics, it’s a badboy tune. That’s the style I really want to do. Also, people into R&B, House, Garage could listen to that, it crosses over.

DB: You mentioned the different genres and people into different things and there may be a connection to this next question but: overall how do you see D&B changing?

PBB: If you take ‘Louder’, well that was a track where I think D&B as an industry missed a trick there. I think that’s the direction it could have gone: we had our own big scene, but after that tune it dipped back to the underground. That’s what I personally think. We influence a lot of the industry as a lot of the new producers are inspired by us. Jungle and D&B. We should be at the forefront.

DB: Sometimes it’s people in some parts of the industry, you feel like they almost give D&B one occasional shot. But other countries, you hear some incredible reports, Russia for example.

PBB: Russia was one place where I had a queue of people signing autographs and I couldn’t believe it.

DB: Finally, who are people you work with, and continue to?

PBB: I work with Yush, Junior Dangerous, I’m starting to help produce other people as well. There’s a producer called Little Miss DJ, with a singer called Stella, we got some projects out next year.

And speaking of next year I want to do the album, put more input into my label (Jekyll & Hyde), future projects with Liondub, Shy FX. And there is possibly a tour by summer next year.