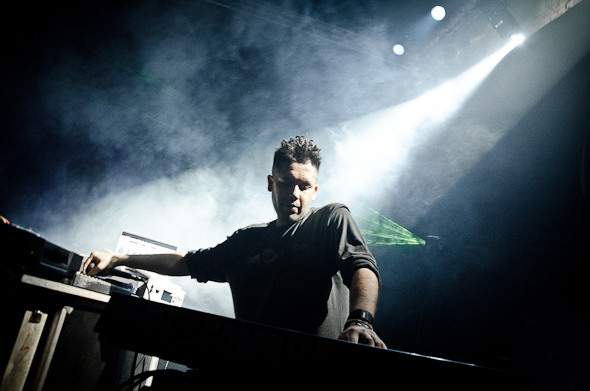 I caught up with Paradox on the eve of his release on Samurai, the 20th Red Seal 12.

DB: This new Samurai material is multi-layered and completely devastating… can I ask if it comes from a rich seam of new material?

P: The new Samurai Red Seal 12” is crate-digging jungle. It’s what I’ve been doing all my career and it’s my signature sound really.

I love the fact that this never tires for me, the funk breaks, the re-sampling, the grit and dust of funk breaks that ultimately swing. B-boy and drumbreak culture is what I’ve been brought up on. Even since my rave and hardcore Moving Shadow releases this has been the pivotal point of my records.

For this Paradox 12” in particular though I sat down and wrote it for Samurai, choosing the breaks to utilise and base concepts on. Paying homage to the original funk drummers on the 12” was paramount and I’m really happy with the final product the label delivered. 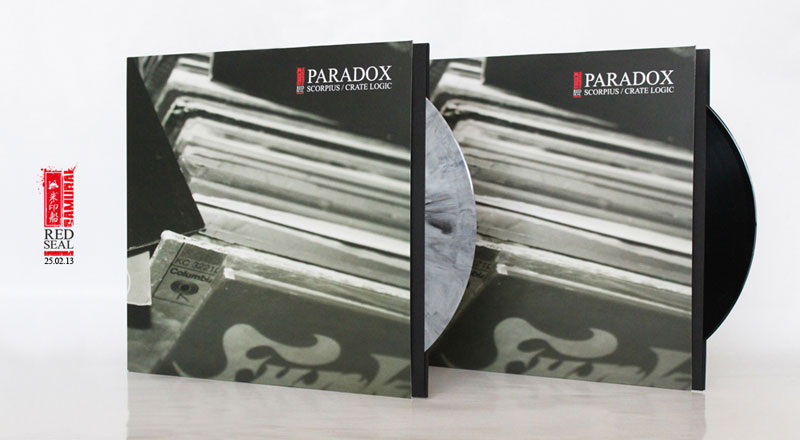 DB: With all the shifts that have been occuring in music/software etc is it a case where ‘newer is better’ by default or are there standard procedures that you use NOW that you used say a decade ago that always deliver… or are you happy to discard old techniques?

P: I still use old techniques as the backbone of my music is for the b-boys. For me, my mode of record producing is simple – I still program in an old-skool code that fits what I do like a glove. Modern programmers with their vast amount of plug-ins would balk at this code because it’s simply ancient. I’ll admit that I operate pretty slow at times compared to new music techniques and I know I could speed up certain processes going digital but the end results are what make me smile at the end of the day. My music is so funk-pattern based and I’ve already found my ultimate machine code. At the end of the day I’m just a professional drum programmer.

One aspect that I’m getting more into though is the finalising side that comes after production. I co-ordinate my record labels with a professional mastering suite and the engineer Emery has opened my eyes and, dare I say it… influences some areas. Still keep it analogue mind you.

DB: What has been happening and inspiring you in these last few years?

P: Well the last three to four years I’ve lived in an album vortex where I’ve written an artist vinyl album solidly for a year and the day it’s finished I’ve moved onto the next yearly project. Considering how slow LP work is this was great project-wise and saw vinyl albums appear from 2009 till 2011 but I couldn’t do a fourth stretch and decided to do single 12s again instead of making music and putting stuff aside until a whole LP was ready. In fact stopping that was a breath of fresh air as it made me even more productive, inspiring me in a different way too, so last year was a good 12” year for me. I do want to do a 10th vinyl album but I’m unsure when I’ll start to be honest. 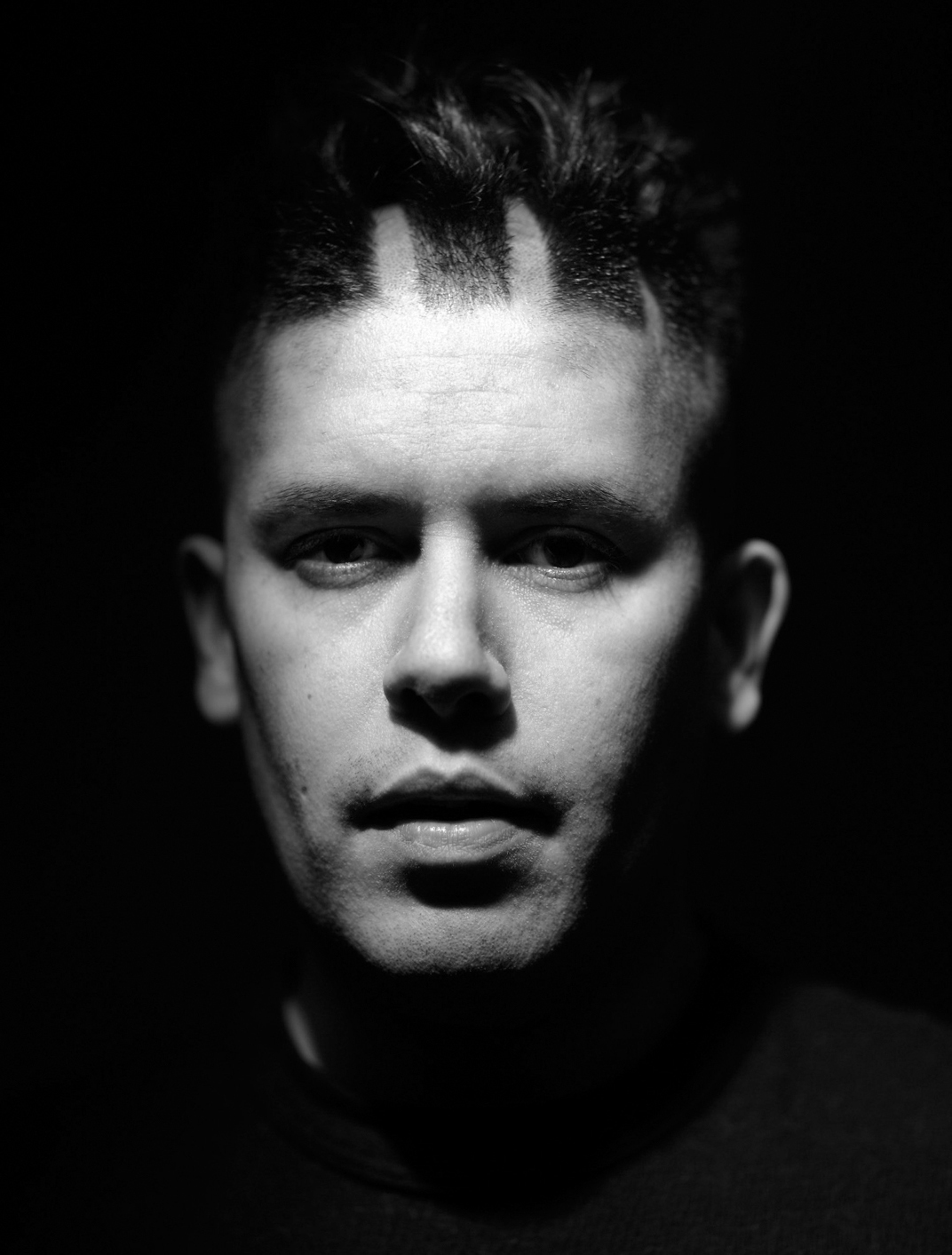 DB: When do you produce? Morning, night? Anytime? I once read about a Japanese author who would start work at 4am and the ‘day’ would finish by 7 or 8am.

P: I used to write at night till the early hours but now it’s the total reverse. I like to start making music by 9.30am as the light hours are now my most productive, but that doesn’t mean that I won’t find myself in the studio for three days straight without realising I’d grown a studio beard. This happens all the time. I’d say a typical day is eleven hours in the studio and I’m forcing myself to not work at weekends anymore when not performing.

DB: What are 3 picks from your back catalogue that you are most proud of?

P: The problem with over 400 titles on vinyl and cd is simply choosing and I would change my mind regularly on this every time, but today I’ll say ‘The Drumworks Vol1’ on Reinforced Records, ‘The Vortex’ on Renegade Recordings and ‘Abysm’ from the Isolationist LP. 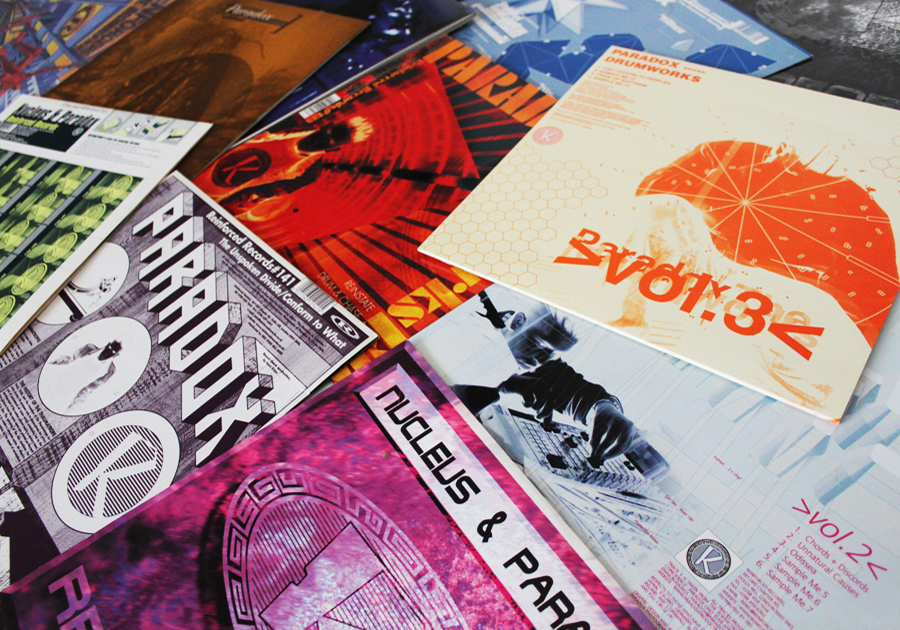 DB: What other producers are you down with, either for collabs or simply for banter and same mindset?

P: I like music from Loxy, Naibu, Gremlinz, Amit etc, but rather than going through an artist roster I’ll mention ASC. He’s a Man United supporter and us Liverpool supporters despise Man U and vice versa. James is being extra nice to me as he feels sorry for Liverpool’s decline and believe me that’s painful to admit. Even Intalex has stopped giving me grief. 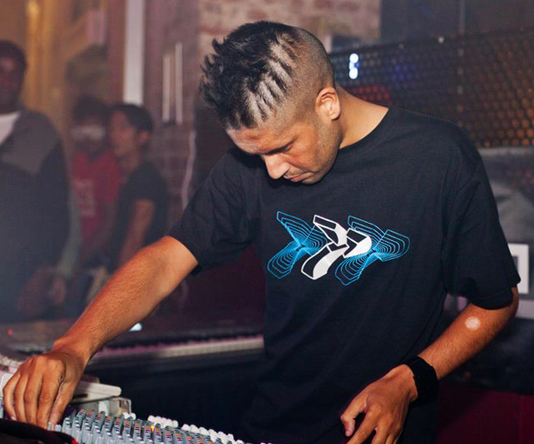 DB: Can I get release details and live plans for the 2013?

P: Release-wise on March 18th another 12” lands featuring Robert Manos on vocals called ‘Zeal’. I love my ambient-jungle label Arctic Music and I can’t wait to get this in my hands. The artwork sleeve is really special too and I’ll reveal that art very soon. After that is my 149th release, forthcoming on Paradox Music in April. I’ll do something special for the 150th one as I also did the same for #100. There are a few 12s to come this year with Seba and Nucleus collaborations. Live PA wise you can catch Paradox shows next in Ireland, Germany and Russia, and then a full USA tour which will be great fun. I will be back in the UK for some dates for sure.