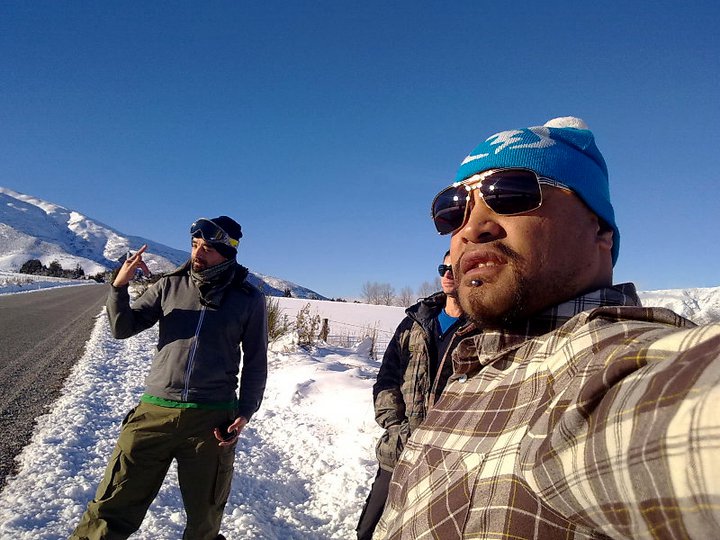 Shapeshifter are back in town, miss this at your peril! We caught up bigstyle. We got a road story involving livestock,  what’s not to like?

Damian Bennett: Hi, I have heard nothing but amazing reports about you guys, effectively that LIVE it’s nothing short of a total takeover of the venue and audience… is that fair to say?

SS: Wow that’s good to hear, I guess we are a modest sort of band so I’d give some cred to our sound boy Tiki Taane who goes everywhere we go. He’s got some extraordinary talents when it comes to mixing bands… he honestly fucks things up and creates some dynamics very rarely heard or should I say ‘felt’ in the game. The combination of old school synthesizers and Tiki Taane creates good business for ear specialists…

DB: The soundman as presence is a great thing and also reminds me of the old Rollins Band ethos too where soundman was the fifth member, that is excellent. OK, as a concept too the ‘live’ thing is a really interesting point in general… it goes back many years now, you could talk about the Prodigy, London Elektricity, Reprazent, we all know the list. Then there’s people who may just use a laptop, and not ‘just DJ’. Some may say this is slack but then Kraftwerk essentially do that. Then there’s Amon Tobin and what he does, there was Kosheen… it’s a HUGE topic. So what do you guys do live?

SS: Everything is live and played live with us, apart from one or two tracks our drummer drops breaks under the drums. We have real drums, playing all the beats apart from the track with the Amen break, saxophone, guitars, Korg ms20 synth, Prophet 08 synth, Moog Voyager, samplers that can play as soft synths, so we can change things up a lot. It’s actually easier for us to jam freely than to play along to a click track or a laptop or something: we can can speed up and slow down and in fact do what ever the fuck a certain crowd demands of us.

DB: That versatility is essential and a huge skill. Some bands are still just tethered to the setlist.

SS: The likes of Kraftwerk , it’s almost an art exhibition showing what amazing music it is and with the lights and visuals ends up massive. Saying that, at the end of the day it’s a show and no matter what happens on stage if the crowd loves it the crowd loves it, end of story! Everyone has their own versions of what live is and that’s cool 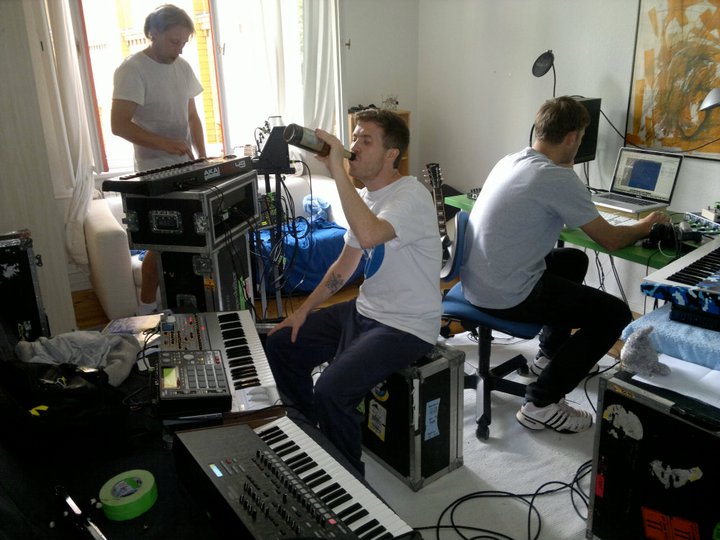 DB: So, ok, another obsession: what do you guys do in the studio? Is it the live thing recorded, or is the recording process something else, depending on the nature of the tunes?

SS: Yeah we write most of our tunes like a production crew, but sometimes the ideas stem from the jam room and sometimes they start in the studio. Our last album (‘System Is A Vampire’) we actually recorded like a real band in a big studio, before that and also this time we wrote together and recorded separately into logic. We take ages to finish tunes compared to some people, dwelling on things for ages. Leting it brew… sometimes it takes time to realise what it is that’s annoying you.

DB: Tell me about the rich scene from NZ. I am also thinking of people like Fat Freddy’s Drop and Nanotek, and the fact that the demand is always mental. Is that still the case?

SS: Yeah it’s a wicked scene there, people are always up for it but it is a small place. We spend most of our time away from NZ but when we are there we get to play some amazing gigs and to quite intelligent crowds… your average kiwi is probably a D&B Head or definately a dub/reggae head. Most people know their stuff.

DB: This may sound slightly negative and I don’t mean it that way, it’s something that goes back a long way as a phenomenon with people from ‘down under’ playing London and goes across the board of genres: do you find it limiting in any way? Do you get the Anipodeans coming out seeing ‘their’ act, rather than it being a GENERAL date in London for open-minded music fans, regardless of the Antipodean/’down under’ tag?

SS: Yes, It really is like that in London, not so much elsewhere, but it really is and I think that’s just testament to how travelled NZ peeps are and also maybe how we might bring a bit of ‘home-like nostalgia’ to London with our sound. That’s totally cool. Also, we are a New Zealand Band coming all the way to where D&B was invented and it’s maybe taken some time for the locals to warm to that.

When we come to England we come to play to the English folk and they might come along and be swamped by Kiwi kids with NZ flags around their necks ha ha.

But now we are starting to make ways into the English festival circuits it gives some ownership of our music to the locals. They see us, they maybe like us, then they maybe come and see us again. Their own musical choice, they’re not coming because of a pushy NZ mate dragging them along or because they saw us whilst abroad in NZ…

SS: One guy sabotaged another guy’s motel room by bringing in chickens and a goat then removing all light bulbs then tying string onto all the pots and pans and rigged it to the door handle. Chaos.

That’s a nice tame one.

SS: We’re working on some new tunes for a new album, and finishing a track at the moment, ‘Monarch’, with mix credits from State of Mind, we’re looking forward to getting that out. Watch this space.