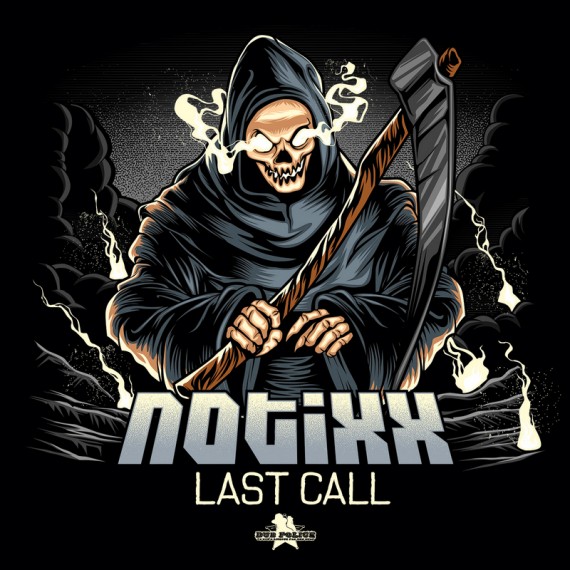 I spoke to Notixx in depth about the forthcoming release on Dub Police, the Last Call ep.

DB: First up why is it called ‘Last Call’ EP? It sounds ominous. There’s a grim reaper too!

N: ‘Last Call’ originally stemmed from the idea that this was the kind of music you would want to hear closer to the end of the night when the energy of the club was in full swing. Everyone is going hard and partying it up. Since the track also has a dirtier, grimier feel, we decided to go the route of a double meaning with the artwork and imagery.

‘Last Call’ meaning ‘the end of the line’, therefore the Grim Reaper artwork ties it all together.

DB: Can I ask a straghtforward one: what got you into dubstep? Was it a tune, a set or maybe just the possibilities that this special music threw up to you?

N: I grew up learning all sorts of instruments. Guitars to drums, and even the trumpet! I started out playing in bands for a while doing rock music and whatnot, and although I enjoyed it, I quickly realized I could have more potential if I could work alone. Group projects were never really my thing, I worked more efficiently on my own.

I took to production and instantly went in my own direction combining what I enjoyed with what seemed to be popular at the time. It didn’t take me long to discover my ‘sound’ and to continue to push in that direction.

The coolest thing about working with electronic music is unlimited possibility. You can literally make absolutely anything you want, and that is crazy. 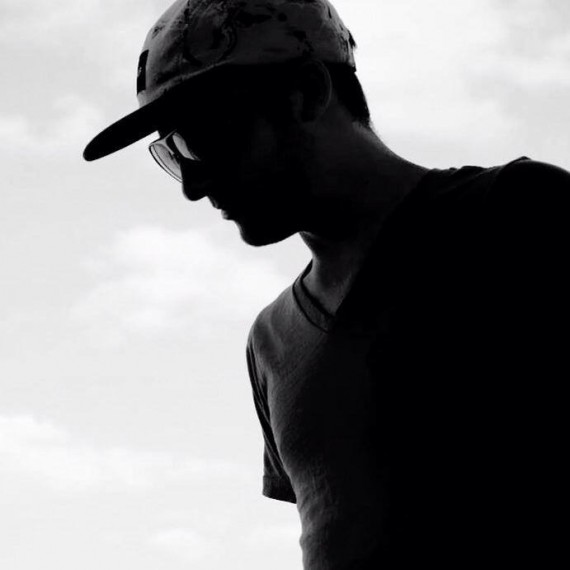 DB: Can you take us through the EP?

There isn’t much of a story behind this track. I wanted to make an energetic banger, so I did! Ha ha.

The short percussive intro makes it easy to mix into your set, and then the simple percussive breakdown following the drop makes it simple to swing back out into your next track in the mix.

Next one: ‘Rock Bottom’

I wrote this track during a time when I was very influenced by the possibilities that working in different unique tempos could open up. This one is meant to be dark and mysterious for sure.

I was very focused on writing a quality beat for this one. I wanted this to have an organic touch to it, so I layered in recorded sounds underneath the percussion. If you listen in carefully, you can hear sounds of keys hitting the floor, water bottles crunching, coins rattling and so on. I was really happy with how this song turned out and I’m very happy to see it get a release, especially on such a solid label.

It’s appended ‘2014’ because it’s an updated overhaul of the original ‘Heartbreak’ that I wrote back in 2011. I wrote the original long before I actually knew what I was doing. As I progressed and learned more, I knew that this track deserved an overhaul at sometime, because the melody and idea behind it were so solid, but my skills just weren’t up to par yet. I’m extremely happy with how this version turned out.

It’s a track that’s filled with emotion and I’m sure the listeners will be able to hear that. I wasn’t going through a breakup or anything cheesy like that when I wrote the tune, we all have our ups and downs and I wrote this during one of the ‘downs’.

DB: How did you link to Dub Police?

N: It’s a simple story really: I wrote a bootleg of Caspa & Subscape’s ‘Geordie Racer’ and then I sent it to Caspa (probably on twitter or something). I never expected a response but he hit me back shortly after, and was interested in signing it as an official remix. I was stoked.

When he was on tour we linked up in person when he hit my city. I showed him a few tracks and he was interested in signing an EP. Quite a few months went by with me sending him stuff back and forth and we finally hit a sweet spot with some tunes and signed them for release.

N: This tune called ‘Candy Land’ by Numa Crew has been in my head the last couple of days. It’s a really dope tune! That one and ‘The Destroyer’ by PLAZID & Zaita. Both bouncy fun tracks that just get stuck in your head.

DB: In dubstep what is a track from time – for e.g. the last 5 years) that really still amazes you… how it works, what it does, the skill behind it?

N: There are a bunch of classics that just hit the spot every time. Rusko ‘Jahova’, Emalkay ‘Fabrication’, some Roksonix tracks.

The throwback tracks that really amaze me are the ones that utilize simplicity. There’s something really special about a track that doesn’t have to have all the bells and whistles but instead just comes out with pure energy and rocks the dance floor. Some of these older tracks do that so well, because they were made in a time when the competition wasn’t nearly as cutthroat.

DB: You on tour? Any dates you can throw our way?

N: I hit Columbus Ohio with Herobust on February 21 and I’ll be opening for Excision, Minnesota & Protohype on March 3 in Buffalo, NY. I’ll be playing the afterparty for Acension Music Festival in Pennsylvania in May. I love getting the chance to meet new fans in person and travelling is one of my favourite things.

I’ve been holding off for quite a while on organizing an official tour just yet. I don’t wanna do a 4-5 run of dates and call it a ‘tour’. I have lots of other tentative dates on the schedule that aren’t confirmed and I definitely look forward to setting up an official tour in the near future.

I do play shows often around the US on weekends when I can, but I do still work full time and also do freelance work as a designer along with several other projects of my own.