DB: What was the impulse to make Ruffneck, and the flip? Gonna get messy when that stuff is dropped.

NB: We just wanted to take it back to the dance floor, we didn’t over think about it at the time. One’s Ravey and one’s Detroity. It just came together.

DB: What sort of stuff will you fill your sets with? Is it just this hardcore breakbeat style, for those who are new to you?

NB: No not at all, we go from 128 to 175 anything with bass we like we play. We play lots, from Jamie Jones to Dismantle, Skream & Benga to Teed and Redlight to Top Buzz 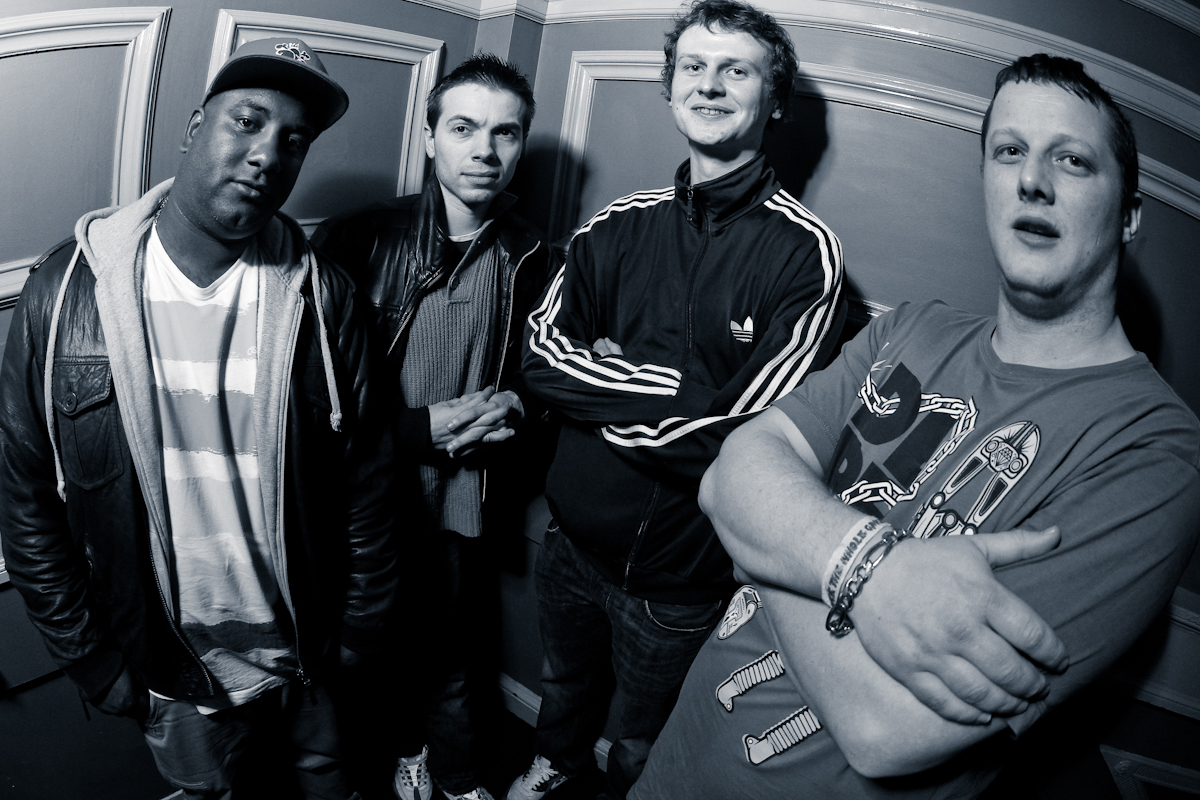 DB: When did North Base come about? What was the spark that drew you all together?

NB: We’d all worked together in the past on a record label and events that we did in the late 90s/early 2000s and we all went off doing different projects. Then we came back to together: myself, Prophecy and Silver moved in a flat together. Within 12 hours made ‘Turn U On’ and we’ve never looked back.

DB: I heard you were working with Northern Lights, is that true?

NB: Yes we are working with them and have an ep forthcoming on Audio Warfare

DB: Well to me all this points to one thing: it’s blazing up north, is that the case?

NB: Yeah we are all family, the water is better up north. Ha ha. The talent up here is amazing, too many to mention but Jenna G, Skittles, Broke’n’english, Virus Syndicate, Fox, Rowney & Propz, Zed Bias, Mark XTC, Sappo… the list is endless. We have Metropolis events going on at the Warehouse Project, at Sankeys as well as great nights like Hit & Run and in Leeds we have Bigger Than Barry and our favorite Sub Dub. All great nights out

DB: What about abroad, where do you love to play?

We love South America, Costa Rica and Chile, as well as Moscow and St Petersberg. Then places like Ukraine and Croatia are right up there for us too.

But there is no place like home: Mad Chester.

DB: Can you name some tunes that are killing you right now, any genre?

DB: Would you say that music is now less constrained by genres now? I mean you hear d&b on programmes that aren’t primarily known for just d&b on radio for example, people absorbing music from all sources…

NB: Yes we grew up with music and events where Carl Cox played in the same room as Jumping Jack Frost and we love the way that the barriers are being broken down

DB: Like clubs in general really: lots of rooms, lots of styles. Thanks.