Netsky‘s new album ‘2‘ has dropped, and was great to chat on the phone recently about not only the creative and emotional processes behind it, but also behind what is evolving as a formidable, fully-fledged live experience.

Damian Bennett: First of all I have to say I recently saw some killer live footage of you the crowd going utterly nuts, and it looked like a total band: not just an augmented DJ setup or PA, do you run it live a lot?

N: I started to work with some of the band members about a year ago. There’s a lot of DJs and electronic artists doing like an Ableton or visual live set but I wanted to have a proper band behind the live idea, so I started looking for drummers, for keyboard players playing chords and backgrounds and after working really hard for a year we’ve found an amazing crew. I can utilize the whole stage too, not just be confined to the DJ booth. I wanna move forward from that too. 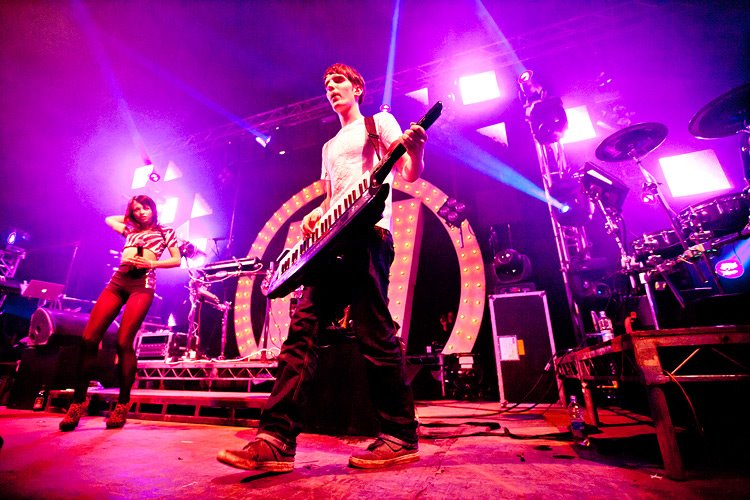 DB: The new album, every track is different so it lends itself to a big live presentation. Did you want to give a wide offering?

N: I am lucky to be in contact with some amazing vocalists for this album, including Diane Charlemagne. She got involved in the live stuff as well and will be touring with us. It’s great to be working with people and involving them rather than just working from your bedroom and over the internet. We all feel like we’re part of the music, part of a team, it’s a lot of fun.

DB: So many styles on this album. ‘Puppy’, ‘Squad Up’, plus the vocal delivery of ‘Come Alive’. I mean, sometimes to be different, people may just do ‘dubstep’ or just lazily go ‘downtempo’ for sake of it…

N: This album came naturally. All of the tracks started off in a different tempo: maybe in an electro/house tempo. I may have started a D&B tune in a house tempo. I felt much more open minded with this album, I had the chance to let myself go: I may have changed the whole track after a year. I had the freedom to do that.

DB: Was there something going on emotionally for you throughout this? The attitude. Tunes like ‘Get Away From Here’. The texture in the music combined with the attitude, I felt something was going on.

N: Yeah sure, I’m glad you noticed! There’s been changes in my life but also in being able to tour and seeing parts of the world…

There’s a lot of stuff that’s been changing. Not just changes in my life but being able to tour and seeing other parts of the world. There’s tracks I worked on in Australia two years ago, there’s tracks I worked on in South Africa a couple of months ago. So it would explain a totally different feel behind the track. In my personal life there’s been a lot of stuff going on which definitely reflected in my music a little bit. I think it’s important to talk about that as an artist or musician.

I think it’s important to talk about that as an artist or musician. Just to be open about it. Music is a very confronting thing; you’re really showing people what you’re thinking about and what you feel like I guess. I’ve had some bad luck and some good luck with my family so I guess that might explain the darker or happy vibes. I definitely put a lot of the emotions in the tracks I wrote for this album. 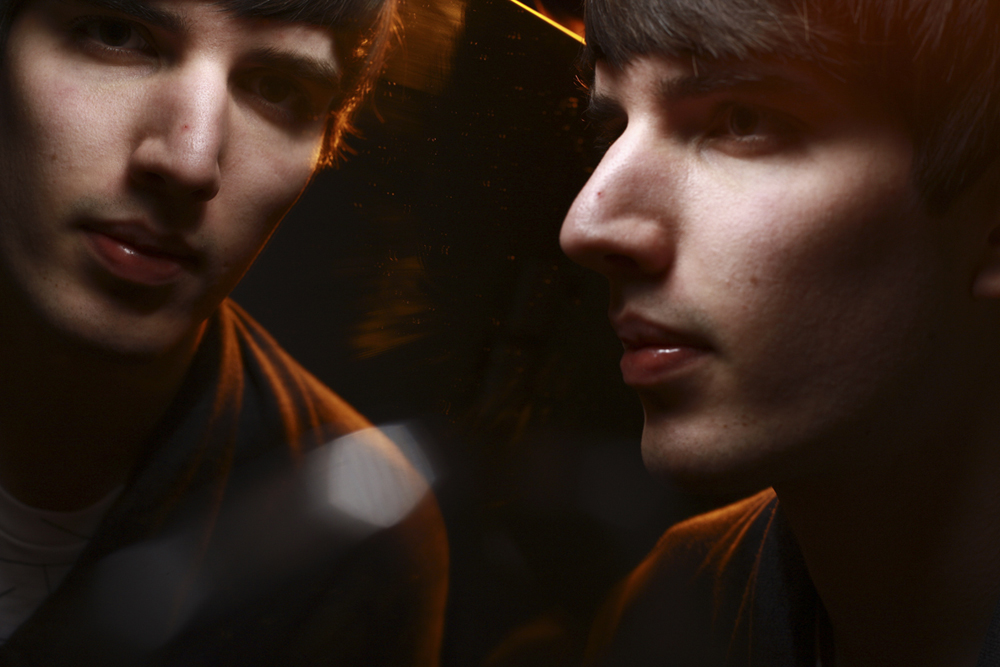 DB: I heard that High Contrast was an influence for you, and it’s interesting as his music is so emotional, and that he has been so innovative in use of instruments and choice of samples.

N: He really is the king of using emotion in D&B, and especially with this HD definition thing in the video he uses, he really wants to trigger your emotions in music.

DB: So what music influenced you in general?

N: I find inspiration in a lot of different music. My dad was very much into soul, he has a big 70s collection, I listened to jazz a lot, there’s a lot of classical music from my mum’s side. I love listening to reggae music: it made me want to create this positive, happy vibe around my music. The Whistle Song for example, it’s a bit of a story about me and Dynamite, we were on tour in America,. we made the tune afterwards, we had such an amazing time.

DB: Speaking of touring what do you prefer, small intimate places or… ?

N: I gotta be honest: it’s always cool to say you love the small intimate clubs but the live set is so overwhelming, and it’s so amazing to see that many people going nuts to the music. 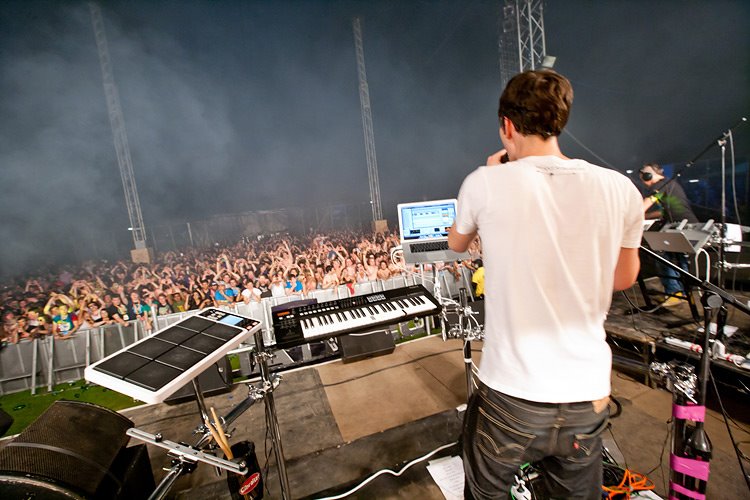 DB: D&B really is gearing up now for massive crowds isn’t it?

N: Yeah sure, D&B has seen growth over the last couple of years, it’s gone around the world. We have to thank Skrillex as well. He bought bass music to a much bigger scene and he showed you don’t have to have a verse chorus verse chorus song to win three grammys.

N: If you look at dubstep for example, it’s like punk for the new generation. People wanna express themselves and go wild on a set. It’s not just an underground genre anymore, it’s very open. You can make music for a much bigger crowd now, not just have your friends looking at you as you play on broken decks… Some people may say it’s not cool anymore, everyone likes it, it’s not underground anymore. I had the same thing when I was younger, I didn’t want all my friends to be listening to same thing as I was. Everyone wants to be their own individual. They don’t like it when it gets big. But people should be open minded, listen to the music, and not listen to what other people have to say about it.

From a producer’s perspective, I never would make music for a certain group of people or to get a radio track or to get in to the charts. I always make music for myself. The day I ever make a track I’m not happy with myself is the day I stop making music as then the whole fun about it is over.

DB: That comes through, the passion about making music. 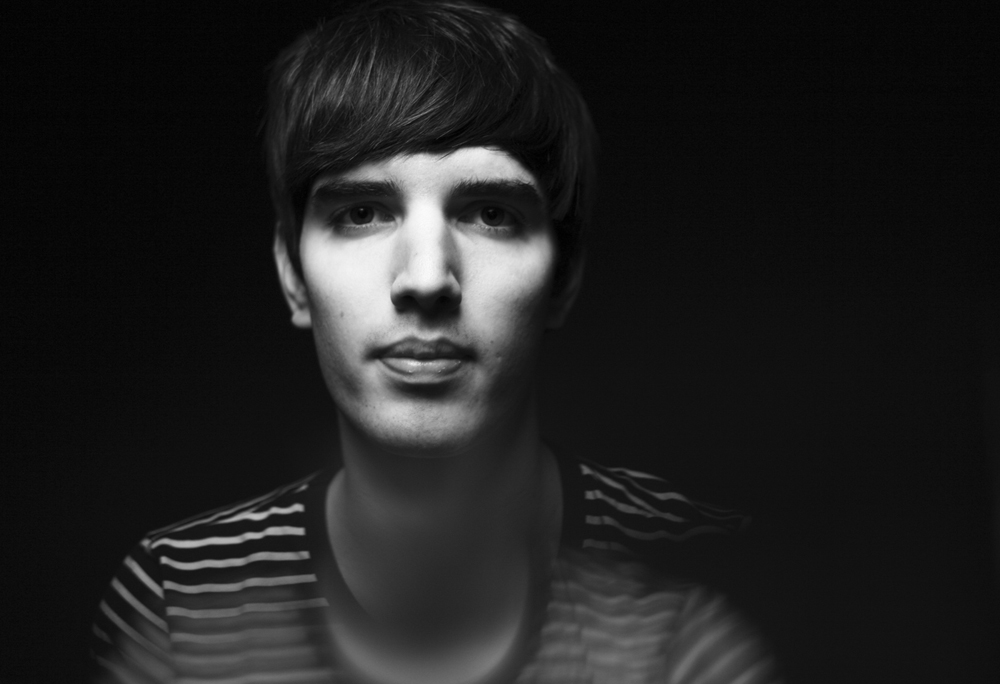