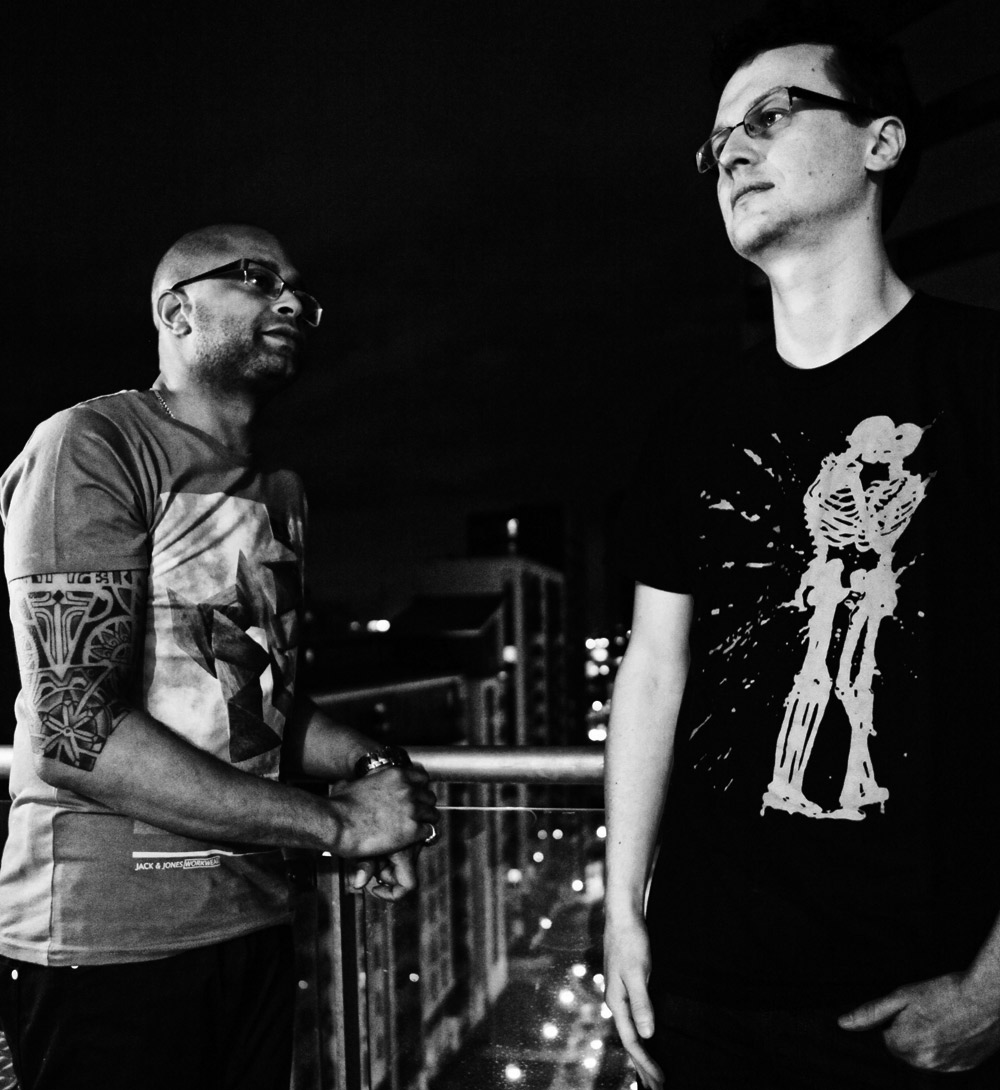 I spoke to new Manchester label NB Audio run by producers Snap Shot AKA Mark XTC and Microcosm AKA North Base who talked about their motivation for doing it. Promo mix at end.

NBA: We’ve been thinking about setting up a label for a while now and it’s always been an ambition of mine, but what pushed us into launching NBA now was the really talented artists; producers, DJs, MCs and vocalists who we’ve got to know over the last few years. There’s so much great talent out there and after discussing our plans with some potential artists last year we realised that now was the time to go for it.

DB: How do you guys know each other?

NBA: We met back in 99 when we shared a studio above Sankey Soap.

DB: What do you love about D&B in general?

Snap Shot: We both love D&B from the 90s. I think it’s down the funk breaks, heavy sub, and just the overall vibe. We tend to be influenced by late 90s D&B in our productions because it takes us back to the days at Sankey Soap.

DB: What’s the sort of D&B that destroys you, that makes you think ‘damn, I haven’t heard that done before’.

NBA: Dillinja has always hurt us in the past, Break, Dub Phizix, Calibre, Rene LaVice and the whole of the Ram crew inc Andy C… and Chimpo to name a few are pushing boundaries now.

DB: So what are some key releases from your camp we should know about?

NBA: Our 1st release Dark Shadow by Snap Shot was only released 3 weeks ago. Our next release NBA002 is a Dubstep EP by Rolaz Ft. Goldfinger from Virus Syndicate and also features a track with Kiara. Our 3rd release NBA003 is a D&B EP by newly formed production duo Nian Dub with details of features to be announced. We also have a couple of VIP mixes from the 1st EP to be released as a free download in the next couple weeks, accessed from our FB page.

DB: Do you have female artists in the ranks? Do they want to get involved?

NBA: Yeah we do have a couple actually; Kiara a female vocalist from Manchester has already featured on ‘I’m Gone’ track from the 2nd EP by Rolaz to be released. Kiara is also in the studio working with other artists tracks for future NBA releases and we’re working with other female vocalists on forthcoming releases. Female DJ/Production wise, one of our resident DJ’s, Untouchable Djai, is reppin’ the label down south.

DB: Running a label, is it still a ‘physical’ one? At least in part? As in phone calls, distro, physical product and shops. Or is it digital.

NBA: At the moment we are releasing five to six track EPs every two to three months. We’re planning to release limited edition vinyl versions of all our digital releases for next year. We’re already planning and working on our remix compilation LP, which will be released next year with a number of guest producers featuring on the remix LP. We’re not just a group of friends putting out tracks at random times, we’re taking the label quite seriously in the sense of our release structures, media production and promotions.

DB: What DJs are repping your sound?