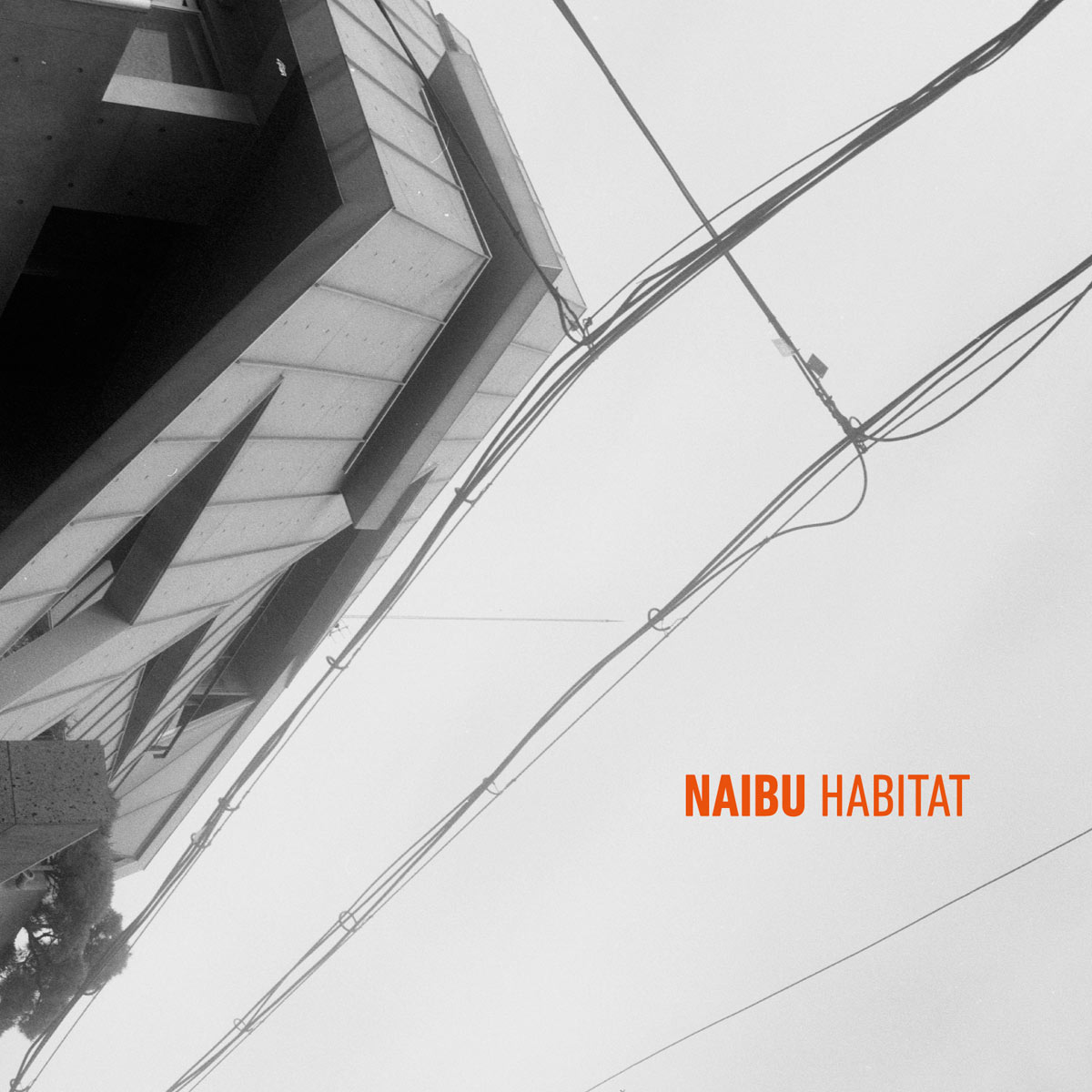 The spellbinding Naibu has a new album. He gave us the complete lowdown from his base, just outside Paris. And some nice embeds.

DB: I am aware of you from certain key moments over time, moments on Horizons, tunes like ‘Use of Weapons’, moments from Fabio’s sets, material that is not easy to classify & that really resonates with personality. Is that a fair summary?

N: That’s flattering, it’s really difficult to tell from where I’m standing. I always try to bring something that’s a bit out of the norm, while trying to stay within the boundaries of the genre. D&B is full of rules you know ha ha. These are my main intentions but yes, the outcome I really don’t have any control over. So I’m glad to hear it’s got a certain identity.

DB: Tell me about your influences and how you came into the music. You realise that the first thing that comes to mind is La Haine when it comes to Paris suburbs and beats!

N: My influences come from a wide range of things, from movies, travels, a lot of music, it goes in periods. When I first started making music I was all about samples, trying to make something new out of what I found on old records, aka my parent’s collection in the early days. I was very much into DJ Shadow, DJ Krush, Amon Tobin, Bonobo etc, and trying to find similar stuff these guys used to use has been a very good way for me to expand my musical horizons, it opened my ears to a lot of stuff I’d never had listened to otherwise.

I’ve tried to incorporate this leftfield/crate digging element into my drum n bass since I started making it, few people were pushing this sort of sound. I remember being blown away by a bunch of tunes made by Fanu, around 2003 2004, they were unbelievable, DJ Shadow meets D&B, but with a strong identity, and the drums were always outstanding.

DB: Love Fanu, really crafted, and like this wide smörgåsbord of snare samples he gave…

N: Stuff on Inperspective records as well around the same time, stuff you would label ‘drumfunk’. I loved all these tunes which had a strong emphasis on sampling and they were a big influence on my aesthetics at that time.

After a while and a few releases on different labels, having experimented with found sounds and digging records for some time, I started to use less and less samples and drifted more towards recording my own sounds, for the past couple of years I stopped listening to D&B and immersed myself in the world of DIY recording, listening to a lot of stuff like Air or Radiohead, also going back into early 2000s Timbaland or Neptunes stuff, trying to focus more on musical abilities rather than engineering, which I started feeling was a dead end as far as inspiration is concerned. These were a big influence on my recent output.

DB: Got to put you on the spot: name five big D&B tunes that influenced you. 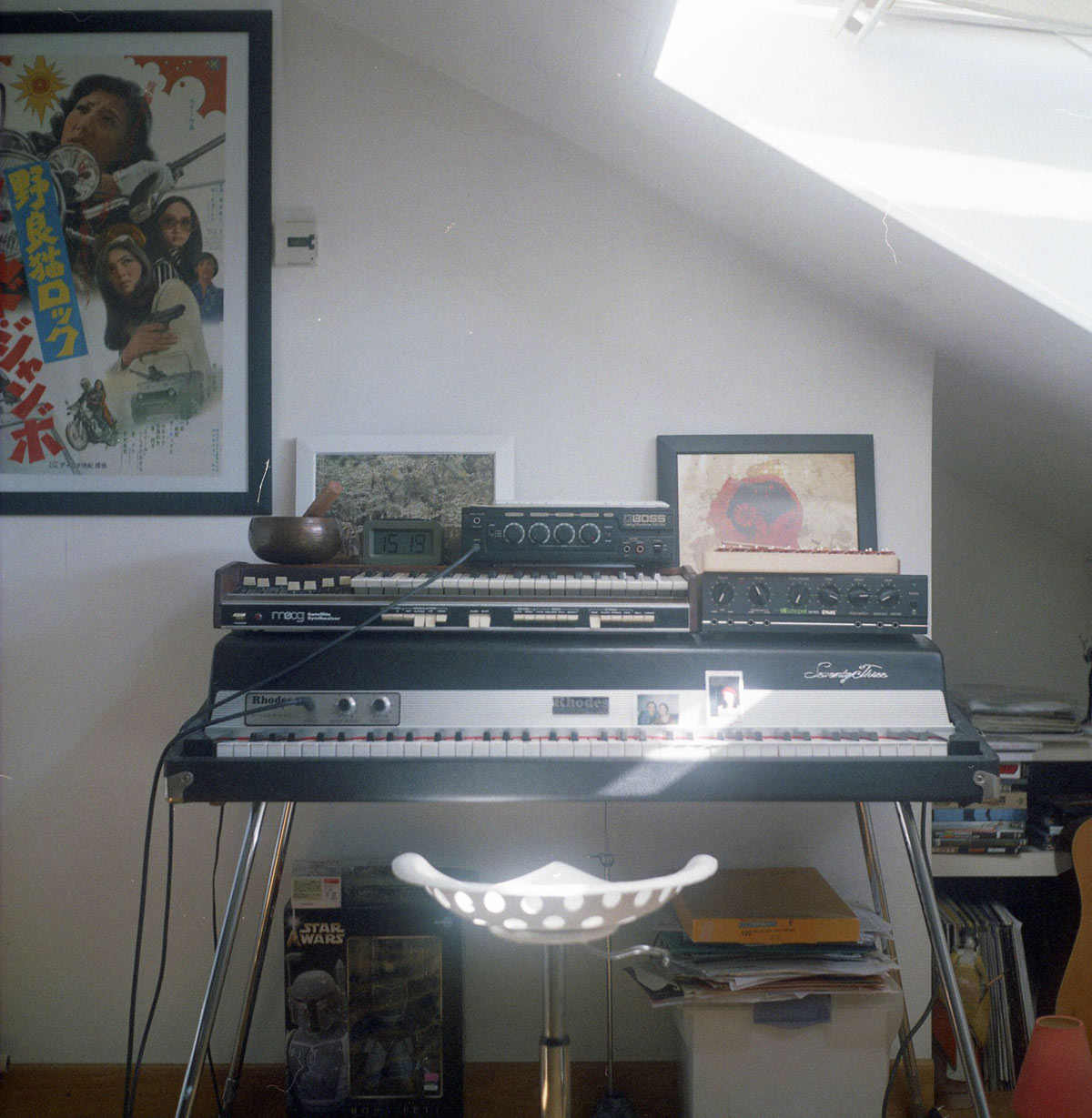 DB: ‘Move On’! Love that. Back to Paris, what’s the scene like then?

N: That’s a tricky question, because as much as you’d think I’d be part of the scene here in France, it’s not really true, I don’t go out much unless I’ve got to play somewhere. I’m not a ‘scene’ type person at all, and I don’t know much about it. There’s a few people like the Exploration Music crew who try to bring a more interesting sound to the D&B nights in Paris. I have to big them up for that.

DB: Could you name 5 albums you could never live without?

N: Also very hard, I’ll be regretful after forgetting dozens of albums that could be on that list

Radiohead ‘Amnesiac’: not their best by any mean in my opinion, but I just couldn’t leave without “Pyramid Song”
Air ‘Pocket Symphony’: underrated album, which has been a true eye opener for me in terms of aesthetics and arrangements, amazing album to listen to in bed… actually good to fall asleep to!
Serge Gainsbourg ‘Histoire De Melody Nelson’: one of my all time favourite record, this is a timeless pop experiment by Serge Gainsbourg and Jean Claude Vannier. Raw drums, electric guitar and bass, the most gorgeous strings with poetry on top, is what you get on this album.
DJ Shadow ‘Endtroducing’: there’s a few albums that could take this place but Endtroducing was such a big influence.
Japan ‘Tin Drum’: just because I can’t get enough of ‘Ghosts’, that song is outstanding.

DB: So what sort of soul do you want your music to be filled with? What sort of colour/vibe would you like to put across?

N: I always try to make music to move people, one way or another, but at the end of the day, it’s all about what the listener puts into the experience. Tunes have different meanings to different people. It’s all about putting your own feelings and emotions into a song, make it yours.

DB: And to this new album what are the tunes on it and what inspired you?

N: This new release, ‘Habitat’ is my debut. It was a long process. It was an interesting creative journey, as I was completely changing my ways of doing things while making it.

Before the album, the way I’d approach making music would involve a great gathering of samples, from all sources, all times, and I’d try and draw inspiration from these samples and combine them in interesting ways. But after doing this for so long I really felt tired of the process, I needed something new to keep me excited. So I started buying instruments, instead of dusty records, learn how to play them and use my microphone a lot more than I used to. That was a lot of fun, and resulted in an interesting mixture of all these techniques, which I think make the album richer.

A prime example of this combination is the tune ‘All Places’…

… which is based on an old sampled loop, and a sampled vocal. I started the tune with these two main elements, which then dictated all the other things that happen in the tune, I went on to record some rhodes, a bit of piano, which led me to write a new ‘live’ bass section which then became a bridge for the track. I like the contrast it brought to the tune, it starts as quite dancefloor with this big bassline kicking in, and then goes into a mellower, deeper section, that takes you somewhere else.

On the album you’ll also find tunes that were made the traditional ‘Naibu’ way, like ‘Dig The Past’ which is almost 100% sampling. And tunes that were almost clear of any samples, like the one Ena, Key and I did together, ‘Into The Distance’, which is almost entirely composed of live recordings, except for the drums and the main bassline, everything in it was played. Ena played the acoustic guitar and electric bass, I played the rhodes and some synths, we recorded a lot of little percussion sounds to make it alive, and Key recorded the vocals.

Also don’t expect the album to be 100% drum n bass, there’s a few tempo drifts on it, which I hope you’ll enjoy, it was more interesting to try and make music regardless of tempo, rather than try to suit a DJ set.

So that’s what you’re gonna get on the album, it’s far from being a minimal piece, it’s quite musical, we all have put a lot of feelings into all these tunes, they’re not meant to be dancefloor fillers, they’re really meant to be listened to on your own, in your own bubble.

DB: How do you get the album?

N: It’s coming out as a CD, download, and limited edition double vinyl pack including poster and CD (plus digital download), check the Horizons site.

DB: You playing in the UK soon?

N: I’ve played two gigs to promote the album already, one in London with Sub:side at Plan B, and one in Bristol with Horizons at Basement 45, which went down really well. For further bookings, check the info on my facebook

DB: Last one, can’t resist: if you had to move house in 5 minutes, what stuff would you take?

(Naibu selected some embeds for us, below)