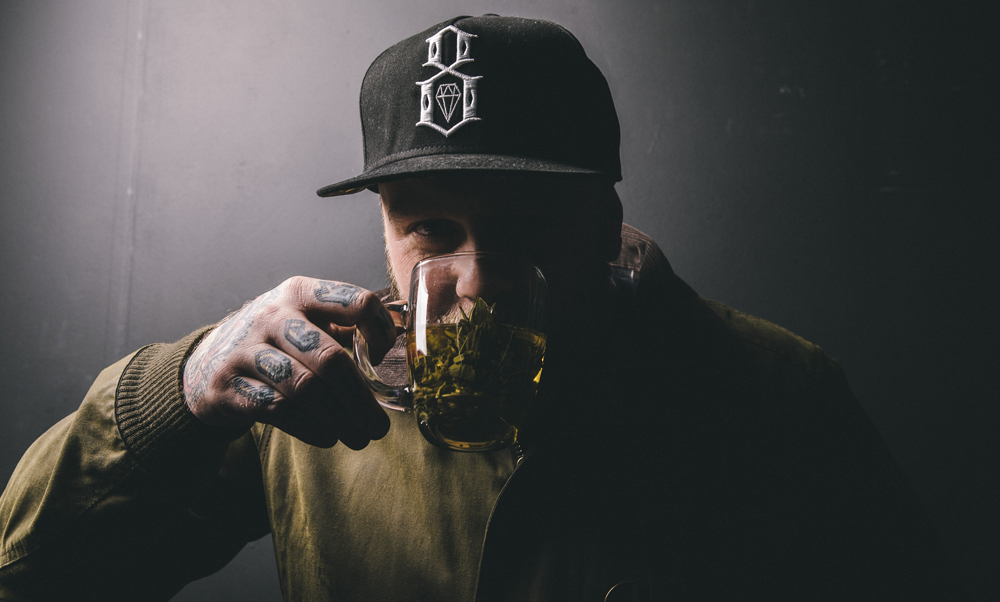 I caught up with N3gus. After work for the likes of Hospital he is stepping out on his own label PowerOf3 with a new ep on Dec 2 called Get You.

DB: I love how fluid this sounds… you must play/rehearse a lot? It sounds that way.
N: It’s funny you say that. Buggsy is known as number 1 (@bugnum1 on twitter). That’s not an inflated ego thing. It’s a reference to the fact he smashes the vocals in one take. We didn’t rehearse anything tbh. I sent him the instrumental, he sat on it for a little while and rang me up out of the blue one day spitting these bars down the phone to me. Once he’d written it, we just got in the studio and got it down. That whole tune was done in three takes maximum and there’s no editing on his vocal just a bit of processing. He’s insanely good. Doesn’t even write anything down, all out of a notebook in his head!

DB: Where did the tunes come about…. are they recent?
N: ‘Hot Heat’ and the remix are very recent, whereas ‘Get You’ has been around for a little while now. I’ve been sitting on it waiting for the right time and opportunity to get it out there and it felt like the perfect tune to launch my new label.

DB: Do you work with a production team?
N: Production-wise, I work on my own, lock myself in a dark room and see what comes out. The Buggsy hook up came about through our mutual friend, Joker. I sent Joker the instrumental, we both felt it needed a vocal to finish it. I’d been a fan of Buggsy’s work with Joker before and I was more than happy when Buggsy agreed to put something down on the track.

At the time we recorded the vocals, I wasn’t too confident recording vocals so another good friend of mine, TC, helped record them at his studio. I learnt a lot from those sessions and now I record all the vocals for my tracks at my studio.

When it comes to finishing my tunes, although I do mix down the tunes myself, I do get some help with the final mix and mastering from TC. I consider myself very lucky. He is a massive talent and just happens to be one of my best friends. Having his knowledge to tap into and help polish my mixes is invaluable and I learn every time we get in the studio. When I started taking tunes to TC to mix down he used to despair, there was a lot of work to do, but nowadays he tends to give stuff a little tweak and it’s done. It’s helped develop my own mixdowns by watching him work.

DB: Konichi seems a great choice to get involved…
N: What can I say about Konichi? I rate him very highly. I’ve been been chatting to him and we’ve been firing tunes to each other online for a long time. I’ve always rated the vibe he gets in his tunes and play a lot of his tunes in my DJ sets. He’s also got a great and diverse taste in music and is interesting to chat to about music. I’ve got a great deal of respect for his style and he was the first name that came to mind when I was thinking about who I would want to remix ‘Get You’. Thankfully he was happy to get involved.

DB: what are five things you’re listening to right now that are delivering? Any genre.
N: Any genre you say? Well, the CD in my car stereo at the moment is by Lamb of God. That’s terrorising BS3 as I pick up my shopping.

On a D&B tip, ‘Smudge’ by Need for Mirrors and HLZ, TC’s ‘Into The Jungle’ and Konichi ‘Hot Rocks’.

Finally, something a bit different’s come in the form of the Bro Safari remix of Sub Focus ‘Turn Back Time’. It’s pretty cool.

DB: any shouts?
N: Jakes, I’ve been working with him recently and the next release on PowerOf3 will be featuring him. We’ve got some good stuff to show you soon. TC goes without saying as he’s been integral in developing my production. Joker, I didn’t mention his new EP before, but I just did. It’s sick. And, of course, the Ambush family. A group of like-minded individuals, doing our own thing and occasionally coming together for gigs. We also have regular get togethers – next one is a Xmas thing which is always carnage.