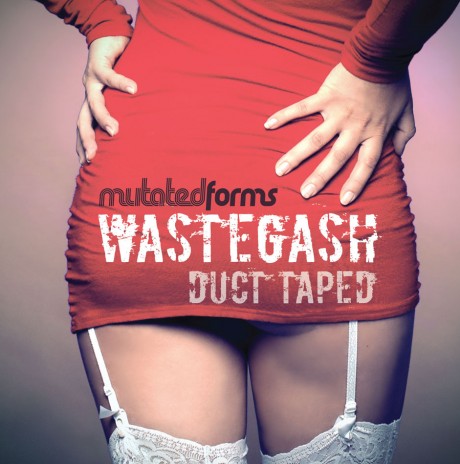 The mighty Mutated Forms have been around for some time now as anyone who locks down with Grooverider’s show will know, and it’s just this: killer after killer from them. Apart from the fact that one of 2011’s highlights ‘Wastegash’ is now out on Grid, it’s also an excuse to go IN on some of their best moments, really.

Damian B: How would you describe the latest stuff from you? It’s not really Drumstep or ‘dubstep’ and either way I think a lot of people don’t care  for old genre names any more… what would you say?

MF: I’d say our recent sound is about FILTH or VIBES… or a bit of both.

We always thought that arguing about genres and trying to pigeonhole someone’s music only limits your creativity. At the moment we make a wide range of D&B (and a few other experiments), which are not easy to label.

There’s definitely a lot of halfstep business going on… some of which are very quirky and musical, as well as more rolling, crunchy and dancefloor-friendly tracks. It is really hard to describe, we try and combine organic sounds with very synthetic noises, musical parts and Techno’ish noises.

DB: Tell us about the distinctive cover…

MF: It’s an actual original photo, rather than an image bought off the internet which was taken by Mari Liis, an aspiring photographer from our home-town. The girl depicted on the sleeve is not her though.

We’ve been paying a lot more attention to sleeve design lately, carefully picking the people we work with and discussing different ideas. I think it’s quite important to have a good image reflecting the ideas behind the track and fitting the actual music, not just the titles. I like it how people start associating an image with music after a while…

DB: Back to points mentioned above, the music has gone through so many changes and has SO many influences and variables… would you consider yourself still mainly D&B producers? I guess that’s what I’m trying to say. I still get shivers from ‘Last Time’ with Jenna btw, wow.

MF: What we’re also trying to do is draw all our influences from outside of D&B and try and interpret them into 175 bpm music. In some of our recent tracks the only thing ‘D&B’ about it is the tempo.

And glad you like the track, means a lot.

DB: You mention your home town, what’s Estonia like (assuming that’s there)

MF: The scene is very very healthy considering the size and the population of the country. I think D&B is the main genre now over there… more popular than House or Techno or Trance. You see it in adverts and even the drinks they sell in the shops. You can usually catch a good few big acts from abroad every week, there’s a few really big regular club nights too as well as more intimate raves and a few bigger festivals. Most DJ’s from abroad that played in Estonia told me they loved the vibe

DB: You NEVER EVER hear a bad word…

MF: … and how much people are into the music. And obviously our women, food and cheap booze.

MF: So I’d say the country is more than a place to trash on a stag do weekend for British people…

DB: Back to the release what lead you to Grid in the first place?

MF: We’ve worked with Grid recordings for a while before signing exclusively, at the time we were really feeling what they’ve put out and how good they were with their artists. So one thing led to another and they’ve decided to lock us down exclusively.

DB: And how is this music changing? Is it something where the producers are leading the change or are the parties/fans changing it… or everything at once?

MF: The trends always keep changing. The one thing I’ve noticed about mainstream D&B  in the recent years is that it is slowly changing from the more musical Trance and House-influenced D&B (which is usually the kind of music non-D&B people, and especially more students and girls can understand and listen/rave to) to more simple energetic stuff, that is used a lot in extreme sports adverts and action video games.

MF: I think the famous D&B endings of Tinie Tempah tracks and Fresh’s recent UK hit for example have made quite an impact on this. It also seems to go hand-in-hand with dubstep as people associate the two genres. Things like the UKF Youtube channel or the main D&B labels like Hospital, BBK and RAM have helped the music reach an insane audience.

I think the whole genre getting bigger in general gives the underground artists more chance to shine.

DB: What about live, what sort of things do you draw? What advice do you have?

MF: We usually play wall-to-wall drum & bass in our sets, differing proportions though, depending on the night and the crowd. We prefer mixing contrasting tracks, rather than similar ones, so one track actually complements the other. It’s all about pulling the right track at the right time. And we’re all for dropping other genres in sets too (and it does not have to be just dubstep) – there’s a lot of music out there that matches the D&B tempo, although it has nothing to do with it.

DB: & what sort of stuff in general are you listening to and loving?

MF: We all listen to a wide range of good music, which, as I briefly mentioned earlier is a crucial thing for a record producer. My advice to any new producers out there who struggle to come up with original ideas… broaden your horizons and start listening to all kinds of good music. Inspiration plus Source of Sampling: win.