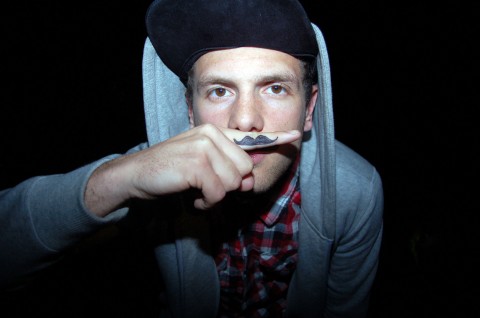 Folktronica, death-hop, ghetto-pop and screamo-crunk (yes, that’s you Brokencyde) – all are hybrid genres that, for the most part, sound as stupid as their names suggest. And don’t get us started on anything with ‘core’ lumped onto it.

My favourite example of why some dance genres and some rock genres should never ever be squished together is Enter Shikari doing dubstep. Yes, that’s right, dubstep.

It’s like when the news starting banging on about street kids ten years ago using slang that combined English and Spanish. Yeah, that’s right, they called it ‘Spanglish’. Which is kind of like what Ricky Martin used to sing. Shudder.

Anyway, caps off to London producer Mumdance for introducing us to a new genre that is a. specific and stands alone and b. doesn’t sound like arse.

He’s done a new remix of Maximo Park‘s ‘Let’s Get Clinical’ using his new sound he calls “Kerplunk”. Says Mumdance (real name: Jack Adams): “It reminds me of the old school game when all the marbles fall out. This remix is one of the first “Kerplunk” tracks I did; it’s kinda more [of] a cover than a remix.”

It’s fiercely different to his other grimey electro ghetto-bass productions with MC Jammer for his label Mad Decent, which is fronted by dancehall mobster Diplo, but, as he says, at the moment it’s “just a bit of fun really, I’m still kinda developing the idea. Maybe I’ll bust out a little ‘Kerplunk EP’ in the near future’.

Tongue-in-cheek it may be – Adams also records with voodoo technoist Drums of Death under the moniker Mums of Death – but he manages to make Maximo Park sound like they’re trapped in an arcade in the depths of Kingston, Jamaica, as Adams adds minimal yet galloping soca rhythms. And that can only be a good thing.