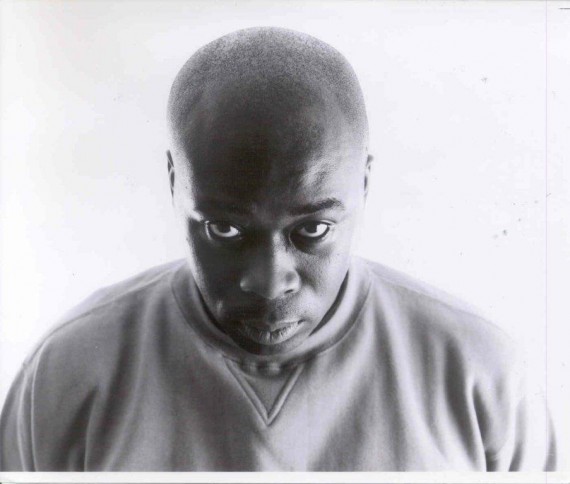 I spoke again to the Moody Boyz AKA Tony Thorpe about the new ep Slave 2 Technology. It features fellow Londoner Janset.

Tony Thorpe‘s roots extend from the 400 Blows through to working with the KLF, William Orbit and is a master producer.

DB: The music I’m hearing here on the Slave 2 Technology is full of purpose and bristling with energy, it almost sounds impatient! It’s full of urgency.

MB: There’s a purpose in the concept of the song. The tempo of the production is around 158bpm so it has the urgency and Janset’s performance gave the track loads of energy. It took a year to complete Slave 2 Technology and the rest of the EP and the video so I guess I was just a little bit impatient.

DB: The title: is it a good or bad meaning, to be a slave to technology?

MB: I think it’s bad to be a slave to anything, I think technology should be the slave to us and not vice versa.

DB: Back to technology: we are promised the earth with what we buy and what it promises for us but do personally you find anyone who is in a happy state, with what they’ve got?

MB: No one is really happy with what they’ve got, otherwise there wouldn’t be such a need of constant updating and changing and what we buy and think we must have. Every year there is something new to replace old technology and updating things that are still working and there shouldn’t be any need to change.

I don’t like the idea of being forced to buy an upgrade and spend good money for nothing. I wonder what the iPhone 69 is going to look like,

DB: Can you tell us about Janset? The delivery is stunning. Could listen all day!

MB: It was really cool to work with Janset. I gave her the backing track we had a good chat about the concept. She layered her rap over the track and gave the tune a whole new vibe but the way she put across the message of the track is so convincing. I’m glad my friend Joe Muggs introduced us because the results speak for themselves.

Janset is currently doing music for a short film project called Sinkhole with Meakoom. She’s also working on an EP that’ll be coming out on PhatBack Records in the new year and a dubstep tune with Djinn and a single with Hectic Tracks all in the new year.

DB: I feel that some people would struggle to recreate the studio vibe live, whereas this is the opposite: it would translate naturally to the live arena, is that the case? Any plans to?

MB: The production of the track is coming from a techno point of view. And when I say techno I mean being in the studio at all hours of the night with your head in the speakers vibing and being creative in the studio.

It was never made to be played live. The only thing you would ever hear live on Slave is Janset, it would never work recreating it with a band. Hours and months of production went into the making of the track.

Right now I’m thinking about working with some musicians and just mixing it up I’m about 70% sure about the direction I want to go and it would be something you could take out live.

DB: I hear lots of great sounds and perhaps influences in the music, particularly in the synth area… so what can you tell us: what greats have influenced you? maybe name five main ones.

I heard a great description of Slave 2 Technology the other day that kind of sums it up for me: Yellow Magic Orchestra Doing Grime Flavoured UK Electro Garage. So if I had to choose five greats I would probably go for Sun Ra, Ryuichi Sakamoto, Brian Eno, Mandre aka Micheal Andre Lewis and Herbie Hancock.