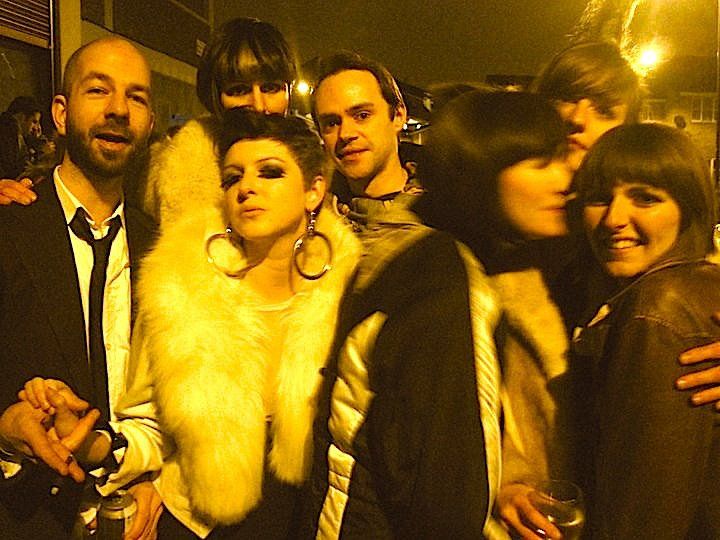 Mistabishi is about to drop a new release called The Trip.

Damian Bennett: You’re based in Hackney, right? You venture out much?

Mista: I tend to just stay in Hackney Wick really. Time Out described this hood as a post-apocalyptic industrial estate where only the artists survived. There’s always something going on, whether it’s some ‘interpretive’ artskool thing or just a rig in the corner of a disused unit with someone’s MPC or soundcard wired into it. Mostly the latter. There’s a Funktion One vendor in a warehouse just over the road, loads of big spaces to party in, and the great thing is, you can just do what you like. No security wrestling you to the ground for smoking a cig indoors, everyone on the same kinda level socially and just a lot more open minded and un-deluded about certain things… maybe because we’re all slightly older here. I think Sweet Toof’s wall pieces scare all the tweens away.

DB: I have a promo of yours that when you put it in the computer it reads as PiL tunes.

M: I’d probably only stop making it if I moved countries. I still live here and there are still parties with people at them so I still make and get to hear drum and bass. I make and release other stuff too, but I want to put out a feature length drummy and bassy thing. Largely because the parties I made the tunes for I really enjoyed, and people are egging me on to put them out in some format or another.

DB: One night last winter was tearing around Birmingham with one of your tunes on in a fast van with windows open. It had a film score feel to it, the whole spectacle. Do you watch films?

M: I’m not that into them. You don’t get to use your imagination with a movie, unless the director is VERY clever. As far as my media consumption goes, music and reading get me off more. You get to properly build your own internal world with something like a good Ian Banks or a Pink Floyd record. 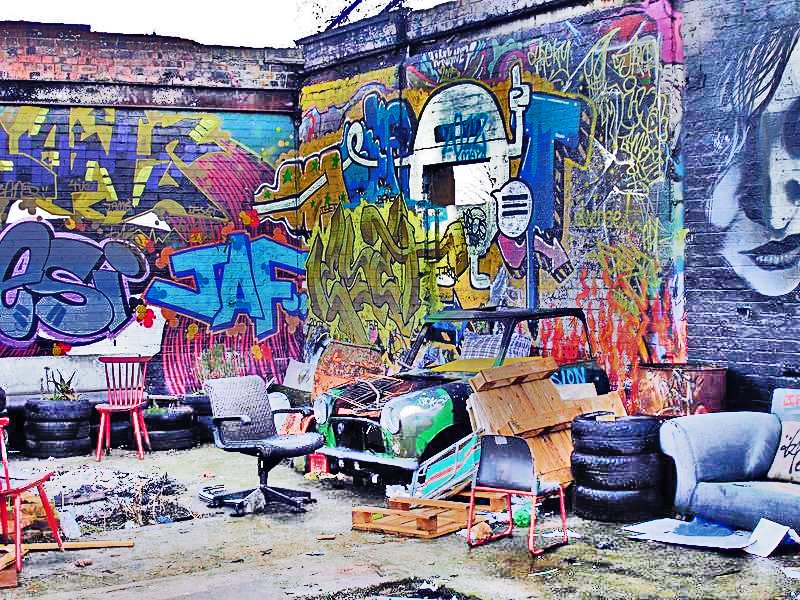 I find movies to be too much about the exterior effect. Shallowness is an important kind of depth etc but it gets fucking boring after a while, and because it’ll fake, it’s practically impossible to really feel a movie. I feel the soundtrack more than I do the footage.
Basically, If I go to a library or Rough Trade I find loads of stuff I wish I could find the time to read and listen to, but if I go to Blockbuster to look for a DVD, I don’t usually get anything, coz I’m almost 100% sure it’ll be complete bins. I made another music video recently though. It probably won’t make a lot of sense: just local footage and a slimey Kafka-esque transformation sequence.

DB: And if you had unlimited budget for a live show? What would it consist of… ballet?

M: Well, you gotta have a drummer if you’re doing a Live Show. So, drums made from the skin of S Cowell played by Buddy Rich on a gram of speed through those PMC speakers you get in mastering houses but fifty times the size in 5.1 Surround with the crowd dancing in a swimming pool of Stolichnaya and tonic that I can wind surf on during breakdowns with my spinning logo beamed directly into everyone’s visual cortex obviously. 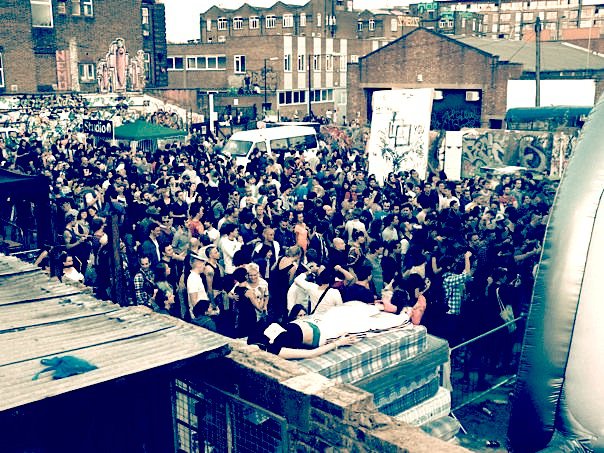 DB: What music are you listening to?

M: I’m loving the ‘Geidi Primes’ LP by Grimes. The new Neon Indian lp is lovely, as is the new Miracle Fortress. The best party stuff for me is still D&B and dubstep really, and I do think a lot of it is very listenable outside of its natural dancefloor habitat, even the properly banging stuff. It’s great for inter-city car journeys too. In fact, I’m not sure if there will ever be a better driving music than an all-out D&B mix. Still have a Nicky Blackmarket tape pack in the car. Probably always will. I love Excision’s new record too.

DB: Back to where you live, where do you go after a party?

M: Full English is still basically the cure for everything. There’s a place round here called the Counter Cafe that does an F.E.B. but to a very rarefied degree.

Other than that, I only go out to eat if the place is serving something you just CANNOT cook up at home. Like some of the dishes at Nobu that are basically impossible to do without years of training, or a Big Mac. Sometimes I just want a Big Mac. I’m not ashamed of this. It’s not my fault. Much like my involvement with drum and bass, I just can’t help it. It was basically forced down my throat from a very early age by aggressive local advertising, peer pressure basically the easiest place for a teen to meet their friends on any given high street, and extreme market penetration by McDonalds Corporation. It’s just unavoidable. I had one today actually. It was bins. But I enjoyed it. 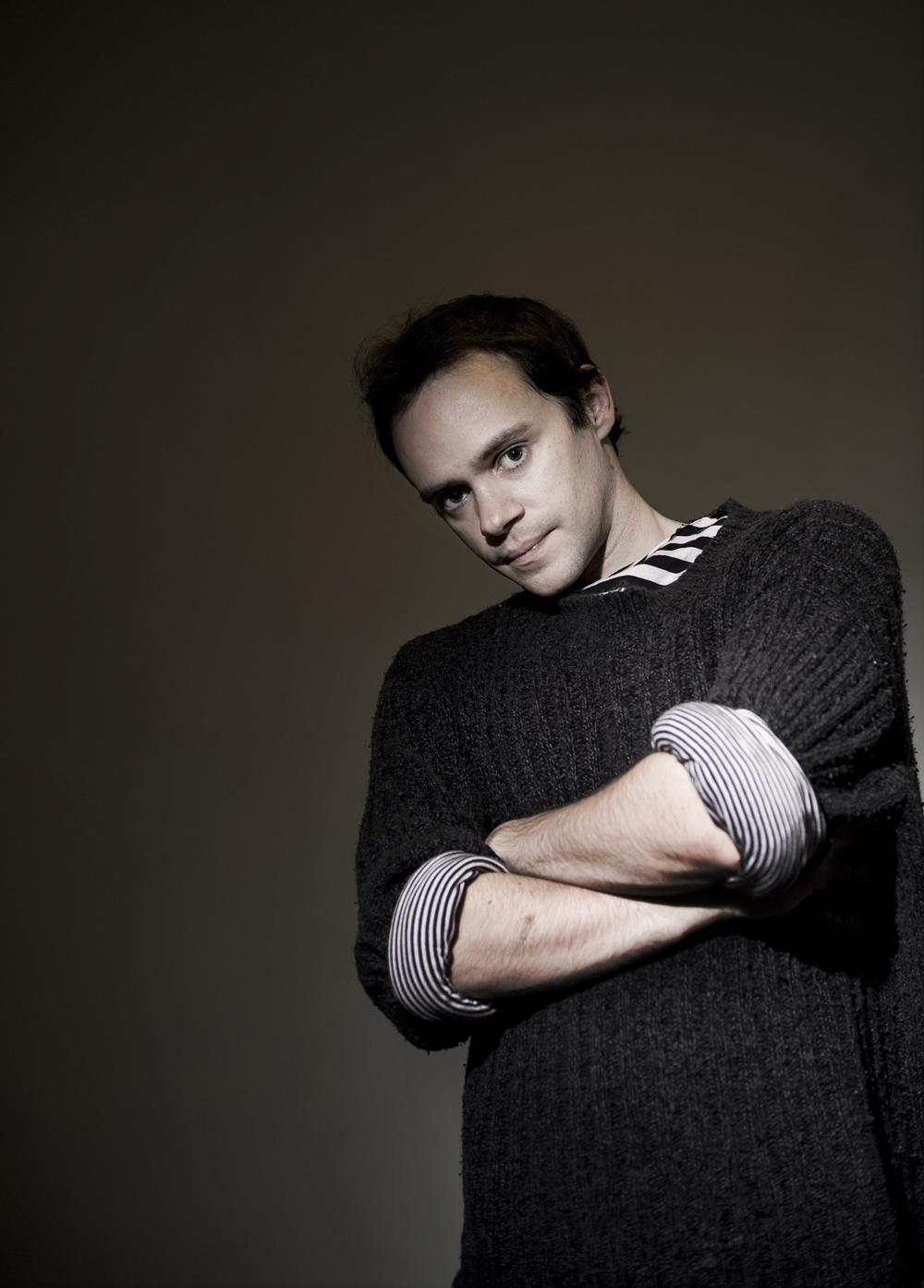