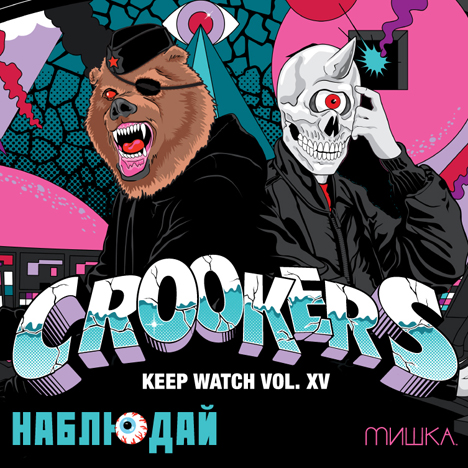 Volume 15 of the Mishka “Keep Watch” mixtape series comes just in time to for the January blues. Crookers take to the task:

“In this mix expect the unexpected going deep into some glitchy and dubby vibes.  The mix starts out with sounds from Hudson Mohawke, Joker and Untold and ﬁnishes off with some war riddims courtesy of Kingdom and Alter Ego.”

Back cover and tracklist after the jump… 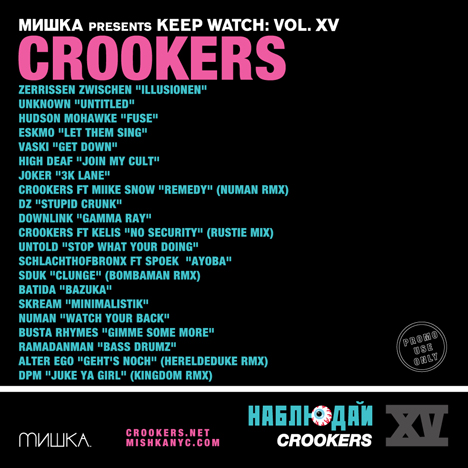